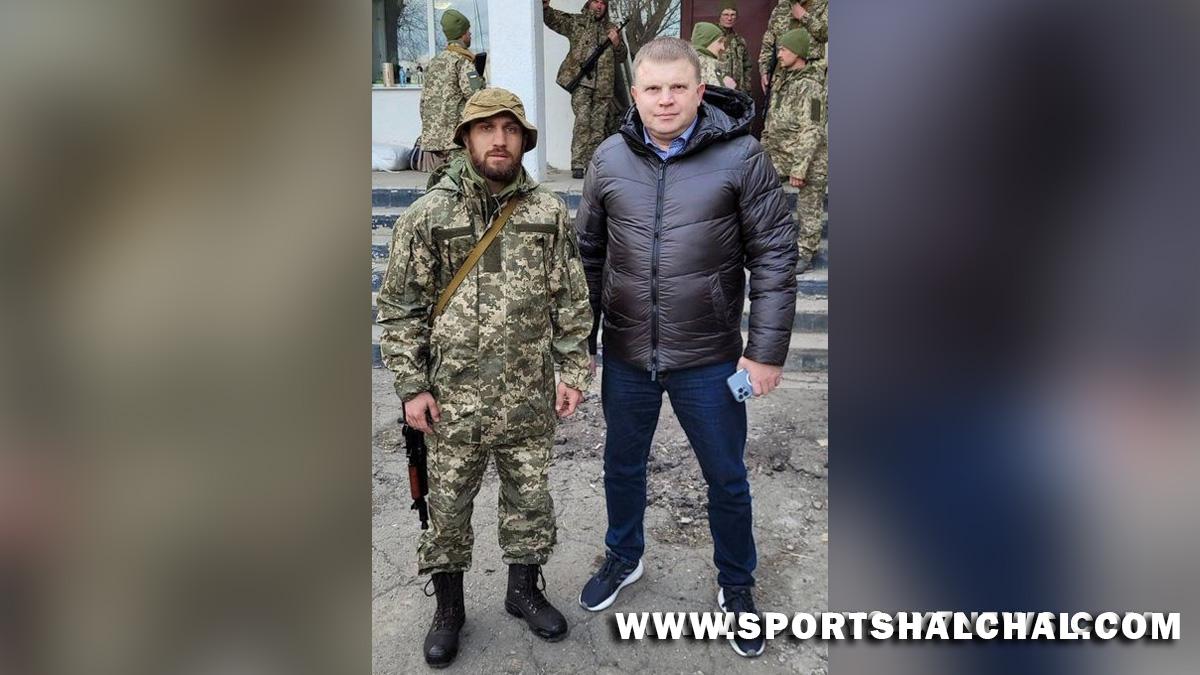 London : Two-time Olympic gold medallist boxer Vasiliy Lomachenko has joined the Ukrainian Army after the Russian invasion. Lomachenko considered one of the top boxers in the world, posted a picture on his Facebook account where he is seen wearing a military uniform and apparently ready to enter the combat zone this Sunday.According to an ESPN report, Lomachenko, who won Olympic gold medals in 2008 and 2012 Olympic Games, recently returned to his home near Odessa to be with his family.Online Boxing Editor for talkSPORT.com. Michael Benson also posted a picture of Lomachenko, wearing a Ukrainian Army jersey.Lomachenko is not the only famous Ukrainian boxer who has joined the armed forces of his country, as the brothers Wladimir and Vitali Klitschko have also decided to fight in this conflict.Hall of Famer boxer Klitschko who is now the mayor of the Ukrainian capital Kyiv, recently announced that he would assist in defending his country.

His brother, fellow Hall of Famer and former heavyweight champion Wladimir also enlisted in the country’s reserve army earlier this month.”I don’t have another choice,” Klitschko said to Good Morning Britain. “I have to do that.”Nikolay Kovalchuk, the president of WBC Ukraine, expressed how proud he was of the boxers who have chosen to defend the country.”We are so proud of our boxers, our real champions in boxing and champions in this war. We are proud to be Ukrainians,” Kovalchuk was quoted as saying, oppinger.Lomachenko was a two-time Olympic gold medallist before starting his professional career. He won the Gold medal at the Beijing 2008 and London 2012 editions, in the former at featherweight and in the latter at lightweight. In his professional career, Lomachenko has a record of 16 wins (11 by knockout) and two defeats in 18 fights.