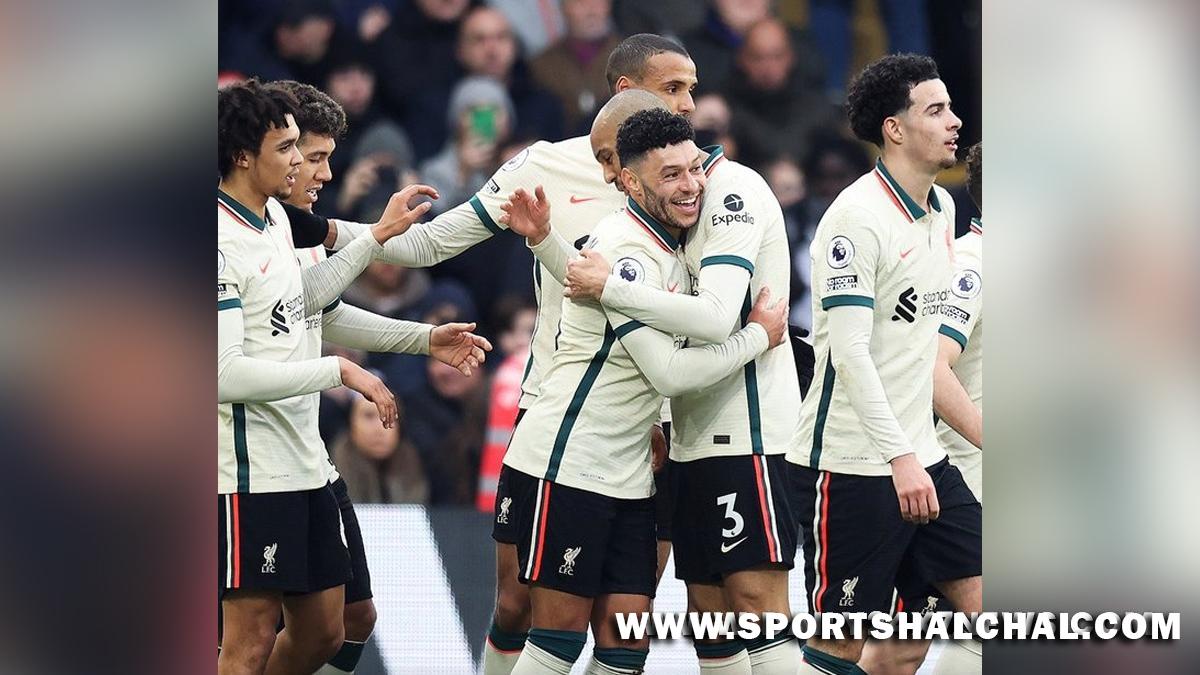 London: Goals from Virgil van Dijk, Alex Oxlade-Chamberlain and Henrique Fabinho helped Liverpool overcome a fighting Crystal Palace 3-1 in the Premier League on Sunday and cut down the gap with leaders Manchester City.With Pep Guardiola’s side dropping points after a draw with Southampton on Saturday night, Liverpool had a chance to reduce the gap before the teams went into an international break and they obliged with a 3-1 win against Crystal Palace at Selhurst Park.An impressive first half was highlighted by goals by van Dijk and Oxlade-Chamberlain, who was included in the starting XI after recovering from an ankle injury, as Jürgen K’opp’s side went 2-0 up by half-time.Palace came back strongly after the interval and halved their deficit after Odsonne Edouard scored in the 55th minute, but the Reds held them off and Fabinho’s late penalty sealed victory and three points.

The result moved Liverpool to within nine points of league leaders Manchester City, with a game in hand, as they now enter a fortnight’s pause in their fixture schedule. Liverpool have 48 points to City’s 57.Earlier in the day, Arsenal dropped two points at home as they were held goalless by bottom-placed Burnley at the Emirates stadium.Mikel Arteta was looking for a response from the Gunners after their Carabao Cup semi-final defeat midweek, but Arsenal found it tough going against an organised and disciplined Burnley team.With the visitors getting men behind the ball in numbers, Arsenal found it tough to find space to operate in the attacking third. They were also thwarted by the Burnley defenders and goalkeeper and at times were also wayward with their shots.The result was that Burnley left them totally frustrated as they continued with the same tactics in the second half and ended with one point from the away encounter.In another match on Sunday, former champions Leicester City were held to a 1-1 draw by Brighton at home.