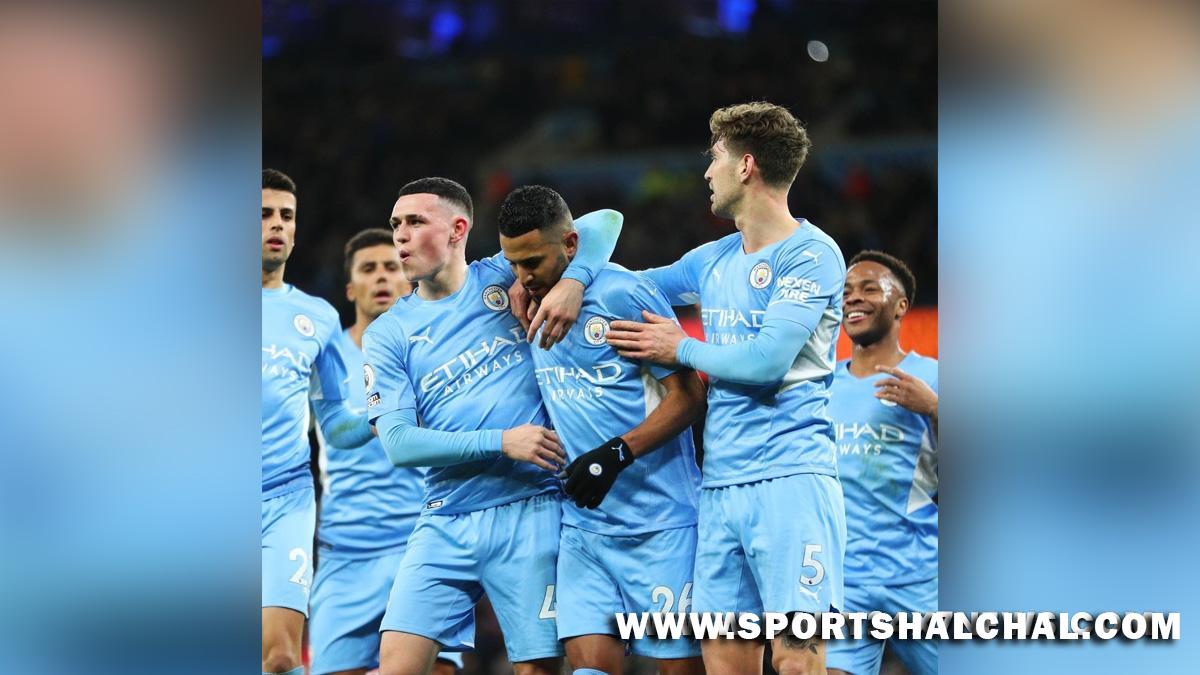 London : Defending champion Manchester City moved 12 points ahead of Liverpool at the top of the Premier League thanks to a comfortable 2-0 win at home to Brentford. Manchester City have 60 points from 24 games while Liverpool, with two games in hand, are second on 48.Pep Guardiola’s side was always in control on Wednesday night, although it wasn’t until the 40th minute that Riyad Mahrez put them ahead from the penalty spot after Raheem Sterling had been fouled.Kevin de Bruyne assured the win in the 69th minute, sliding home a rebound after Sterling’s shot had been saved.Southampton twice came from behind before claiming a deserved 3-2 win away to Tottenham with Che Adams netting an 83rd-minute winner after Armando Broja and Mohamed Elyounoussi had cancelled out an own goal and Son Heung-min’s 70th-minute goal for Tottenham, reports Xinhua.Teemu Pukki put Norwich ahead after just 38 seconds of their home game against Crystal Palace, but Wilfred Zaha’s 60th-minute equalizer means Norwich slip back into the bottom three.

Aston Villa and Leeds United produced a thriller, which began with Leeds taking the lead through Daniel James only for Philippe Coutinho to lead a Villa fightback, by scoring the equaliser and then setting up Jacob Ramsey for two goals to make it 3-1, before James’ second of the match made it 3-2 at the break.Diego Llorente made it 3-3 after lashing home a loose ball following a corner in the 63rd minute before Coutinho limped off with a knee injury. Villa defender Ezri Konsa was then sent off for a second yellow card in injury time.On Tuesday night, Newcastle continued their recovery and moved out of the relegation zone with a 3-1 win at home to Everton, who are now in deep trouble themselves.Manchester United were again guilty of missing chances as they were held to a 1-1 draw away to bottom of the table Burnley, while West Ham’s 1-0 win at home to Watford thanks to Jarrod Bowen’s goal, lifted them above United into fourth place in the table.