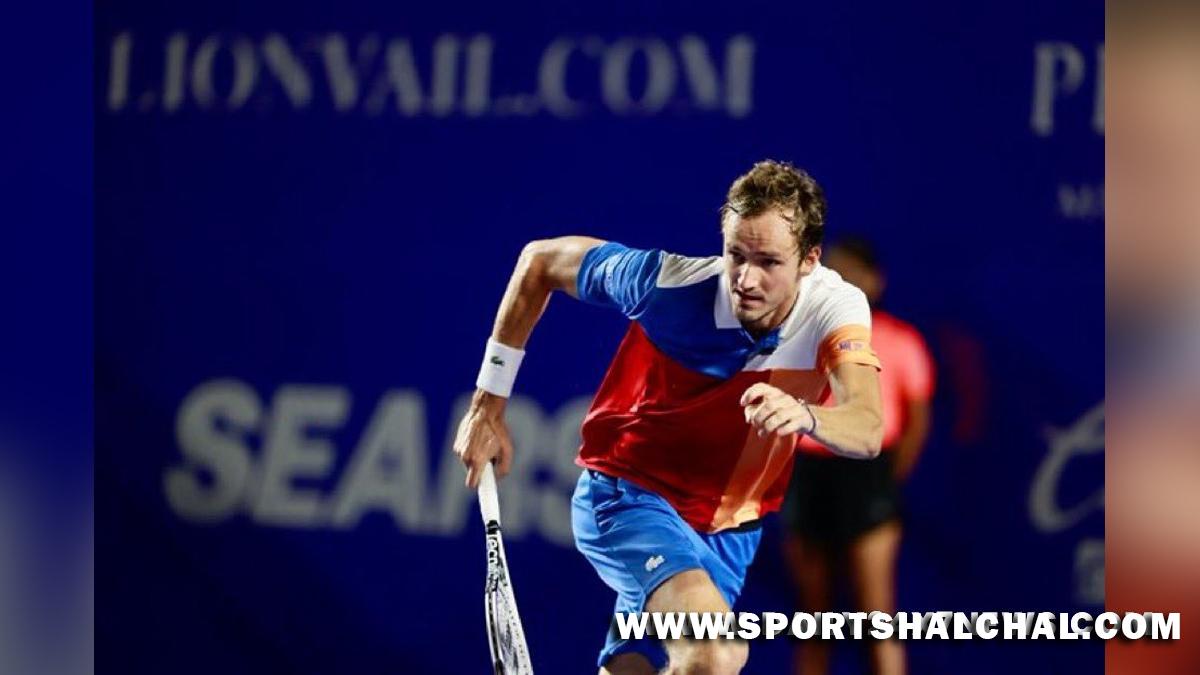 World No. 2 Daniil Medvedev could be banned from playing in Wimbledon this year: Report

London : Wimbledon could ban Russian tennis player and current world No. 2 Daniil Medvedev from competing in the tournament this year over fears that a win could “boost (President) Vladimir Putin’s regime amid the invasion of Ukraine,” according to a report in mirror.co.uk.While Russian players are allowed to compete without flags or anthems in the wake of Russia’s aggression in Ukraine, the report said that the All England Club could likely impose stricter measures on Russian tennis players, including Medvedev.The report added that the All England Club had been advised that its independent tournament status means it “could implement a ban on Russian players that fail to condemn the actions of Putin and not face legal repercussions”.As with other tournaments on the tour, including the three other majors, which have remained neutral “due to fears they could be taken to court”, Wimbledon can take stricter measures as the tournament “possesses a different status”, the report added.A spokesperson for the All England Lawn Tennis and Croquet Club (AELTC) appears to have confirmed the Championships may ask Russian athletes to go a step further and maybe sign a form condemning Putin’s action in order to compete at Wimbledon, according to the report.

“Private member clubs have more freedom as to who to allow in or not, so they wouldn’t be subject to the same discrimination laws as the tours,” the spokesman was quoted as saying in the report on Monday evening.”If you are running the main tennis tour, you have the freedom to ban players if they have been found guilty of match-fixing or doping, for instance but you have to be able to show that this course of action is reasonable.”In this instance, if the tours took strong action, Russians players could argue that they are being prevented from making a living through no fault of their own. That is not so much of an issue for Wimbledon, however,” the spokesman said.The AELTC will likely release their policy next month before the deadline for the entries ends, said the report. “It would allow impacted players to know what is expected of them if they hope to play at the grass-court grand slam,” added the report.UK sports minister Nigel Huddleston recently declared that Putin must not be allowed to take political advantage of any Russian athletes and their achievements in Britain, according to the report.He has suggested that “Medvedev and Belarusian world No. 5 Aryna Sabalenka should only be allowed to participate in major sporting events in the UK as long as they sign a form denouncing Putin and his actions”.”We wish to get assurance in a written declaration that they are not receiving money from Putin, Russia or Belarus (and) that they will not be making supportive comments of Putin, Russia or Belarus,” Huddleston said.