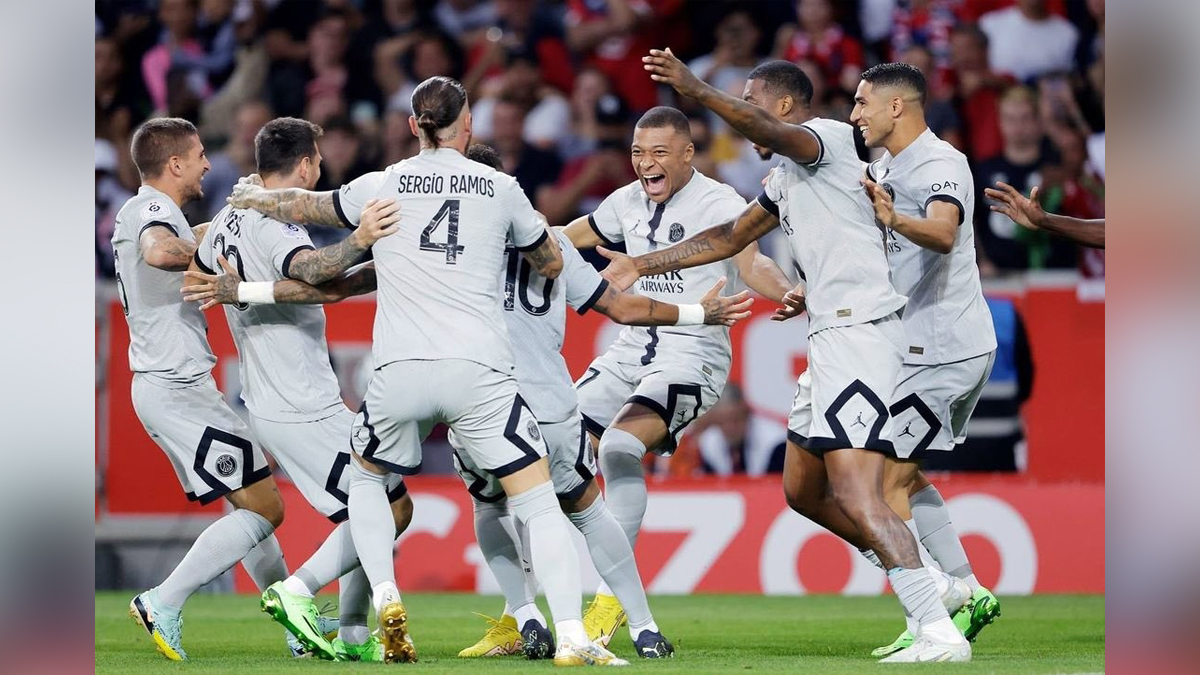 Berlin : Kylian Mbappe equalled the record for the fastest goal in Ligue 1 history as he struck just eight seconds as part of a hat-trick in Paris Saint-Germain’s emphatic 7-1 win over Lille on Sunday.The 23-year-old superbly lifted over Leo Jardim almost immediately from kick-off, with Ligue 1 announcing it matched Michel Rio’s eight-second strike for Caen against Cannes in 1992, reports DPA.

That set the stage for an utterly dominant performance from the champions as Lionel Messi, Achraf Hakimi and Neymar all added goals before half-time.Neymar and Jonathan Bamba exchanged goals shortly after the interval before Mbappe added two more in the final 24 minutes to cap a memorable display.

PSG started in some style as Mbappe latched onto Messi’s ball over the top and lobbed Jardim inside 10 seconds.Mbappe hit the side netting after rounding Jardim midway through the first half, yet Messi doubled the visitors’ advantage with a cool finish from 12 yards after a clever one-two with Nuno Mendes.

Hakimi then added a third six minutes before half-time with a composed finish having been played in by Neymar, who got in on the act four minutes later with a clinical strike after Messi’s deflected pass fell kindly for him.Neymar grabbed his second seven minutes into the second half following a wonderful dummy from Mbappe, before Bamba pulled one back for Lille with a close-range finish after Gianluigi Donnarumma had saved his initial effort.

Mbappe and Neymar combined again superbly to make it 6-1 as the former lashed home. They were at it once more three minutes from full-time when Mbappe ran onto Neymar’s pass to thump past a helpless Jardim and cap an emphatic victory.