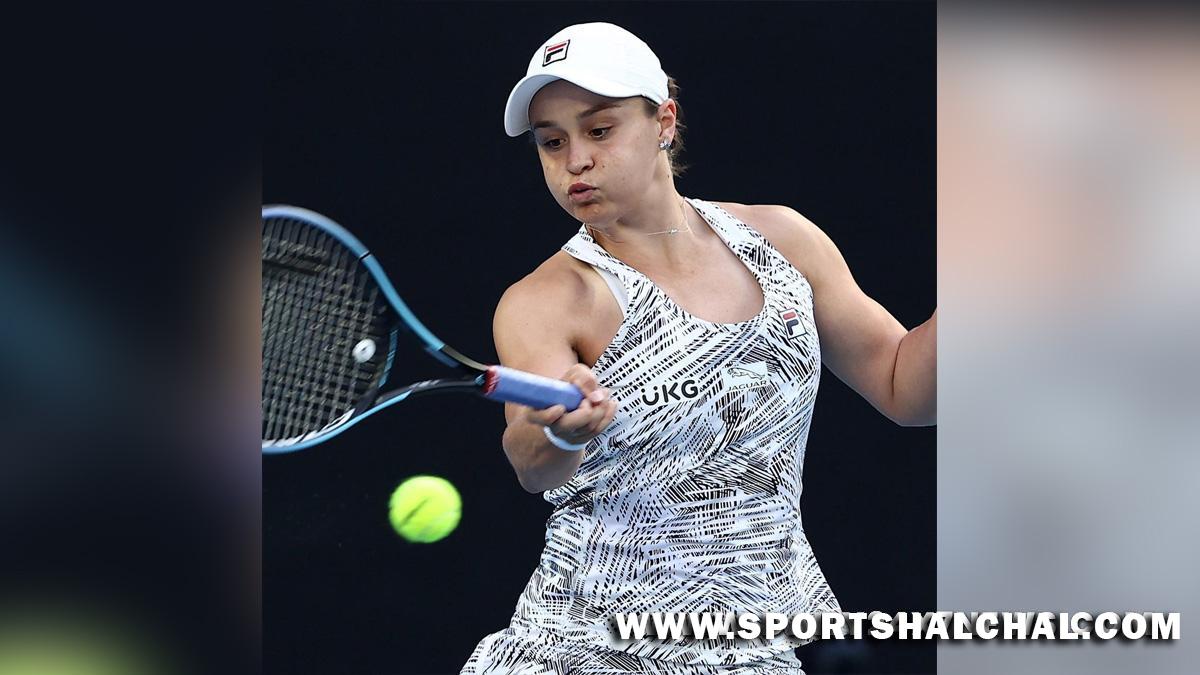 Melbourne : World No. 1 tennis player Ash Barty became the first Australian woman to reach the final at her home major since 1980 by defeating a resurgent American Madison Keys 6-1, 6-3, here on Thursday.The crowd at Rod Laver Arena enjoyed a rendition of ‘Girl on Fire’ prior to the semi-finals at the Australian Open. American Keys, too, had been on fire, tallying a career-best winning streak of 10 after a difficult 2021 that saw her rankings fall outside the top 50. But Barty is on another level at the moment, showing her impeccable skills at the Australian Open.The world No.1 increased her own winning streak to 10, the last nine in straight sets. Opponents have grabbed a total of 21 games off the Queensland native this fortnight. An indication of Keys’ night came in the opening game. Leading 30-0, Barty thwarted three game points before taking advantage of a first break-point.

The serve, slice, and forehand all make up Barty’s vast weaponry yet so does her movement. She scurried to a Keys drop shot, then ripped a forehand cross-court. A hefty second serve – an ace if not for a good stretch from the 2017 US Open finalist – helped Barty consolidate for 2-0.But at 30-all in the next game, Barty’s floated slice on a second-serve return barely dropped in. There was no luck involved on the next point when Barty curled a forehand for 4-1.Still one of the hardest hitters around, Keys found the right balance between aggression and not going for too much, which has been an issue throughout her stellar career. Only once this Australian Open had Keys hit more unforced errors than winners in a match.

On Thursday, pressed by Barty, though, she committed 24 unforced errors, coupled with eight winners. Barty bypassed a break-point with an ace to lead 5-1 and sent a forehand return down the line to seal the opener.Keys’ defending, not that big-hitting, aided in escaping from 0-30 at 0-1 in the second. A fist pump ensued from the 26-year-old after holding at deuce for 2-2.Barty miscued on a drive volley after stretching the World No.51 and suddenly faced a break-point. But a fine forehand approach close to the net – made more difficult given the slight momentum change – allowed the Australian to later finish at the net.Keys, maybe and understandably, dwelled on her opportunity. Barty took advantage for 4-2 after Keys decided to approach from deep in the court.Friends, both smiled at the net after Barty caressed a forehand on match point for winner number 20 on the night, mixed with a mere 13 unforced errors.