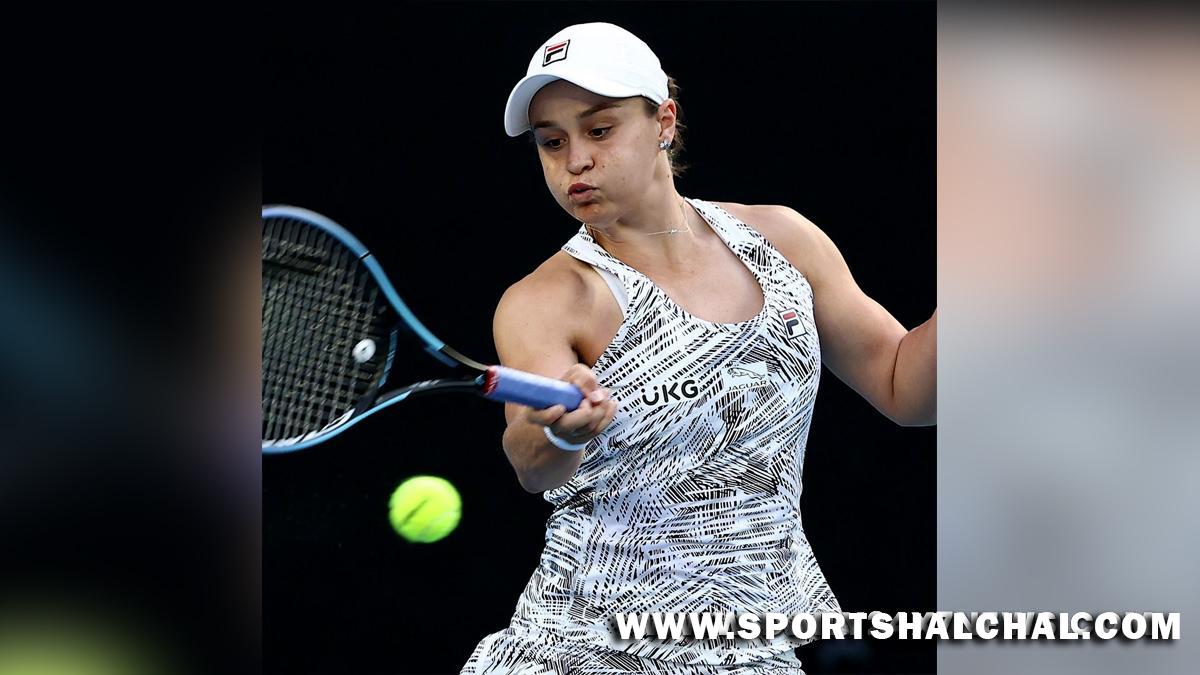 Melbourne: Top-ranked Ashleigh Barty booked her place in the 2022 Australian Open quarter-finals with a win over Amanda Anisimova, here on Sunday.Top seed Barty beat 20-year-old Anisimova 6-4, 6-3 in a 74-minute clash. She will meet No 21 seed Jessica Pegula, who reached the last eight in Melbourne for the second straight season after defeating No 5 seed Maria Sakkari of Greece 7-6(0), 6-3.With this win, Barty’s quest to become the first home women’s champion at the Australian Open since Chris O’Neil in 1978 remains alive. In her previous second-week showings, she lost in the 2019 quarter-finals to Petra Kvitova, the 2020 semifinals to Sofia Kenin and the 2021 quarter-finals to Karolina Muchova.

During Sunday’s outing, Barty’s progress was not all smooth sailing. At times, she was outhit by bold drive volleys and down-the-line winners from Anisimova. She gave her younger opponent openings with a smattering of double faults (three, two of which came consecutively) and unforced errors (17, outweighed by 23 winners).However, the World No 1 found solid one-two punches to wriggle out of her tightest service games in the first set, and a couple of moments of magic with delightfully angled backhand slice winners to break Anisimova for the first time. Her crafty variation on the slice paid dividends throughout, repeatedly tangling Anisimova up tactically and technically.The 25-year old Barty also raised her level to accelerate toward the finishing line of both sets. The first three of her seven total aces came in her final two service games of the first. And in the second, Anisimova held two game points to hold for a 4-3 lead, only for Barty to reel off 12 of the next 14 points to take the win.

On the other hand, Anisimova will rue two missed returns on Barty’s second serves both times she held breakpoint in the first set. Even when the 20-year-old captured a rare break for 2-0 in the second with a series of superb forehands, she was unable to take advantage. Three backhand errors in the next game gifted the break back, and Barty resumed control from there.Anisimova had come into the match off the back of knocking out Naomi Osaka and Barty reserved great praise for her opponent following their contest.”She’s an incredible athlete and an incredible competitor. One of her best attributes is that she’s able to turn up point after point,” Barty said on court.”I think it’s just nice to see her back playing her best tennis. She’s a champion and she’s going to go deep in a lot of majors in the future, that’s for sure,” she added.