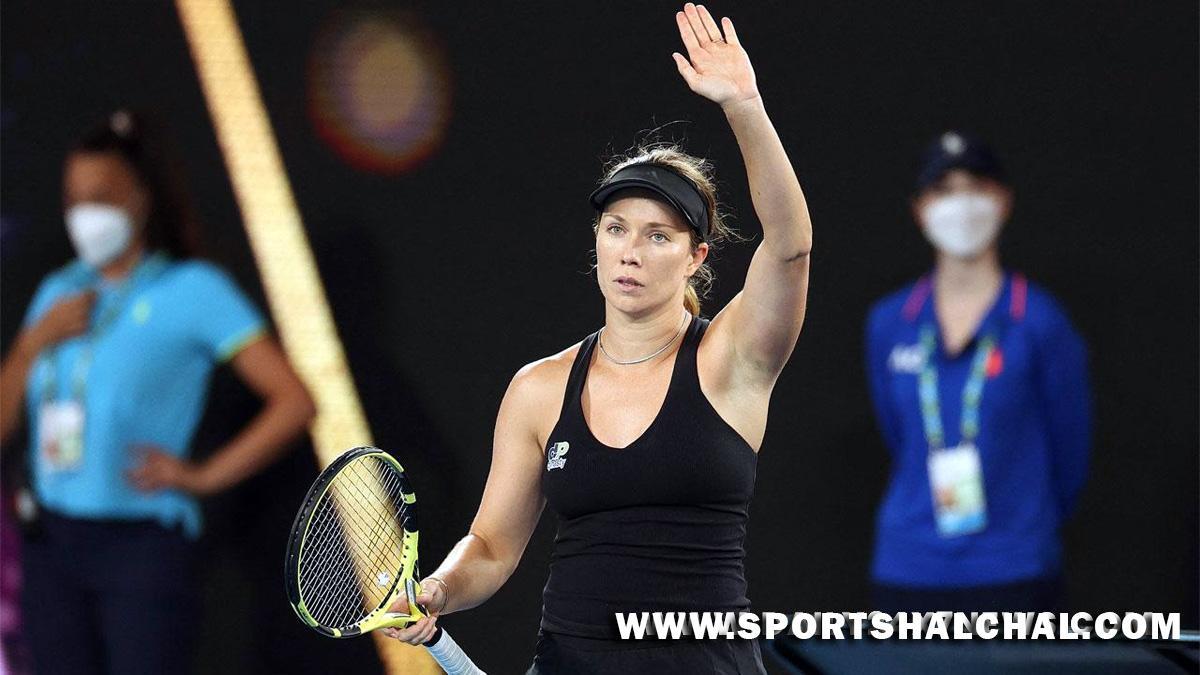 Melbourne: World No. 30 Danielle Collins stormed into the 2022 Australian Open final after beating No. 7 seed Iga Swiatek in the semifinals, here on Thursday.Collins, No. 27 seed, delivered an irresistible performance to upset World No 9 Swiatek 6-4, 6-1 and reach her first Grand Slam final.The American tennis player is now guaranteed to make her Top 10 debut next week, surpassing her previous career high of No 23, set in Jan 2019. Last March, she underwent surgery to treat endometriosis; since returning, she has compiled a 36-10 record, including her first two WTA titles in Palermo and San Jose.”It feels amazing. It’s been such a journey and it doesn’t happen overnight. It’s been so many years of hard work and hours at an early age on court. It’s incredible to be on this stage, especially with my health challenges, I’m just so grateful. I couldn’t be happier,” said Collins.

“Today you saw my ‘Plan A’ and I wanted to go out there an execute it as best I could. It was working for me really well today so I just had to stick with it,” she added.The 28-year-old Collins’ intent was clear from the very first game, in which she pounded a succession of returns as hard and deep as she could, to overwhelm Swiatek with pure first-strike tennis. Throughout the match, Collins never wavered in her commitment to this, and her magnificent execution barely let up.She slammed 27 winners, including seven off the return and seven aces, to only 13 unforced errors. Collins won 78 per cent of her first serve points and 86 per cent when facing Swiatek’s second serve.On the other hand, Swiatek did not play a poor match, aside from her questionable decision to repeatedly serve into Collins’ lethal backhand. Overwhelmed by Collins’ lightning-fast start, the Pole quickly found herself down 4-0, but responded well as she attempted a first-set comeback.

A flashy forehand winner garnered one of the breaks back, and Swiatek seemed to have wrested more momentum in her favour when she saved three set points to break Collins again and reduce the deficit to 5-3. Collins served two aces to reach double set point, but Swiatek had saved both in tremendous fashion – and after reaching her third set point, Collins double faulted twice to concede the game.But Collins shrugged off the blip emphatically, simply serving out the set at the second time of asking thanks to another pair of aces and a service winner. She broke Swiatek immediately in the second set with a gloriously angled backhand winner, and there was to be no further opening. Collins swatted a forehand return winner to reach match point, and converted her second with a backhand that was too hot for Swiatek to handle.Collins will now have a formidable task of facing No 1 seed Ashleigh Barty in the final. She has lost to the Australian three times in four previous matches – but her one win was the most recent, a 6-3, 6-4 victory in the second round of Adelaide last year.