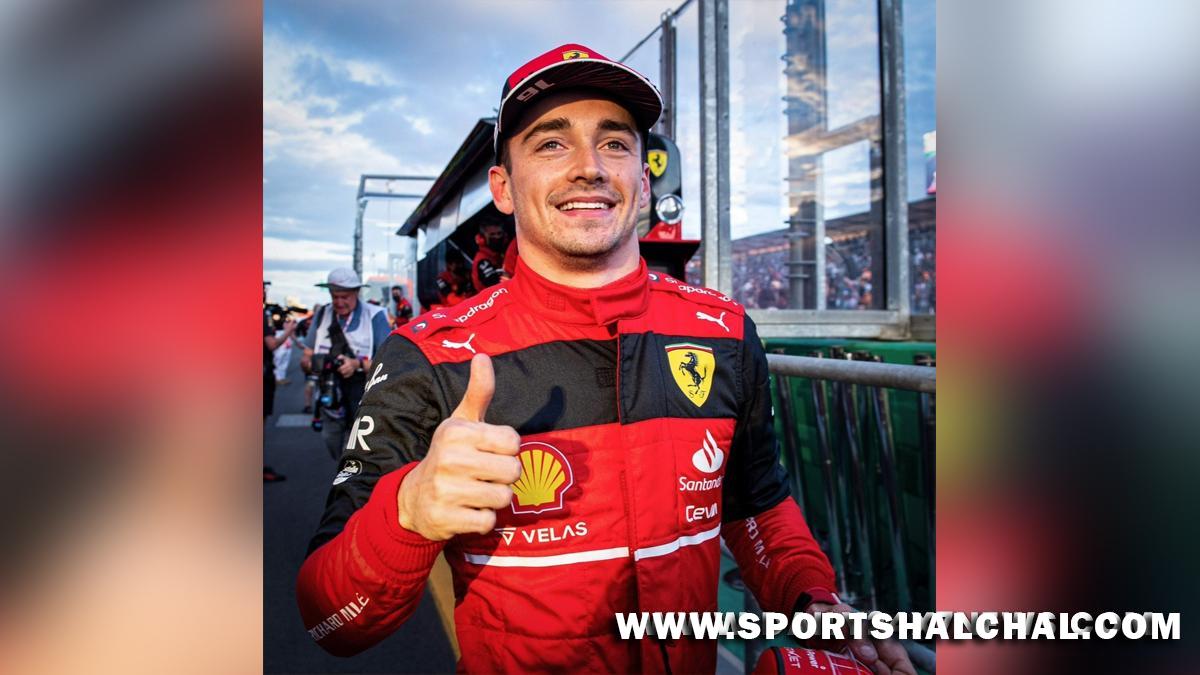 Melbourne : Ferrari’s Charles Leclerc took a lights-to-flag victory in Sunday’s F1 Australian Grand Prix to seize the initiative in the 2022 title race, as Red Bull’s Max Verstappen once again retired with mechanical issues.Starting from his pole position, Leclerc looked comfortable at the front all afternoon long, and was never headed as he also set the fastest lap on his way to his second win in three races so far in 2022.”It’s the first win where we have controlled the gap,” said a jubilant Leclerc afterwards. “Honestly, what a car today. Of course I did a good job all weekend but it was not possible without the car.””Especially in the race pace, we were extremely strong. Tyres felt great from the first lap to the last lap we were managing the tyres extremely well. I am just so happy.”Leclerc’s joy stood in stark contrast to the misery of Verstappen, Xinhua reports. The Dutchman appeared unable to live with the pace of the Ferrari, and ended up pulling off on lap 39 with an apparent engine issue.

After having also retired from the first race of the season, Verstappen already has a 46-point deficit to his would-be title rival Leclerc, and rued his poor reliability so far in 2022.”We’re already miles behind,” the Dutchman said. “I don’t want to think about a title fight, I just want to finish races. It’s frustrating and unacceptable. These kinds of things, if you want to fight for the title, cannot happen.”Behind Leclerc, Verstappen’s teammate Sergio Perez took a distant second place, with Mercedes’ George Russell taking advantage of a fortunately-timed Safety Car period to vault into third.Russell’s teammate Lewis Hamilton took an unhappy fourth place, ahead of the two McLarens of Lando Norris and Daniel Ricciardo, with the Woking squad putting on a much-improved showing after a tough start to 2022.Esteban Ocon took seventh in his Alpine, ahead of Alfa Romeo’s Valtteri Bottas and the AlphaTauri of Pierre Gasly.

After going almost the whole race without making a pitstop, Williams’ Alex Albon climbed from the back of the field to take the final point for 10th place, just ahead of China’s Zhou Guanyu in his Alfa Romeo.In addition to Verstappen, Leclerc’s teammate Carlos Sainz was another notable retiree after spinning out on lap 1, with Sebastian Vettel compounding a miserable weekend for Aston Martin by crashing out on lap 23.After two wins from three races, Leclerc is already well ahead in the 2022 Drivers’ Championship with 71 points, as he seeks to be Ferrari’s first World Champion since 2007. Russell currently sits second with 37 points, ahead of Sainz, who drops to third on 33 points.In the Constructors’ standings, Ferrari are well out in front on 104 points. Despite their early-season struggles, Mercedes currently sit second with 65 points, with Red Bull’s reliability woes keeping them in third place with 58 points.The next round of the 2022 F1 season is the Emilia-Romagna Grand Prix in Imola, Italy, on April 24.