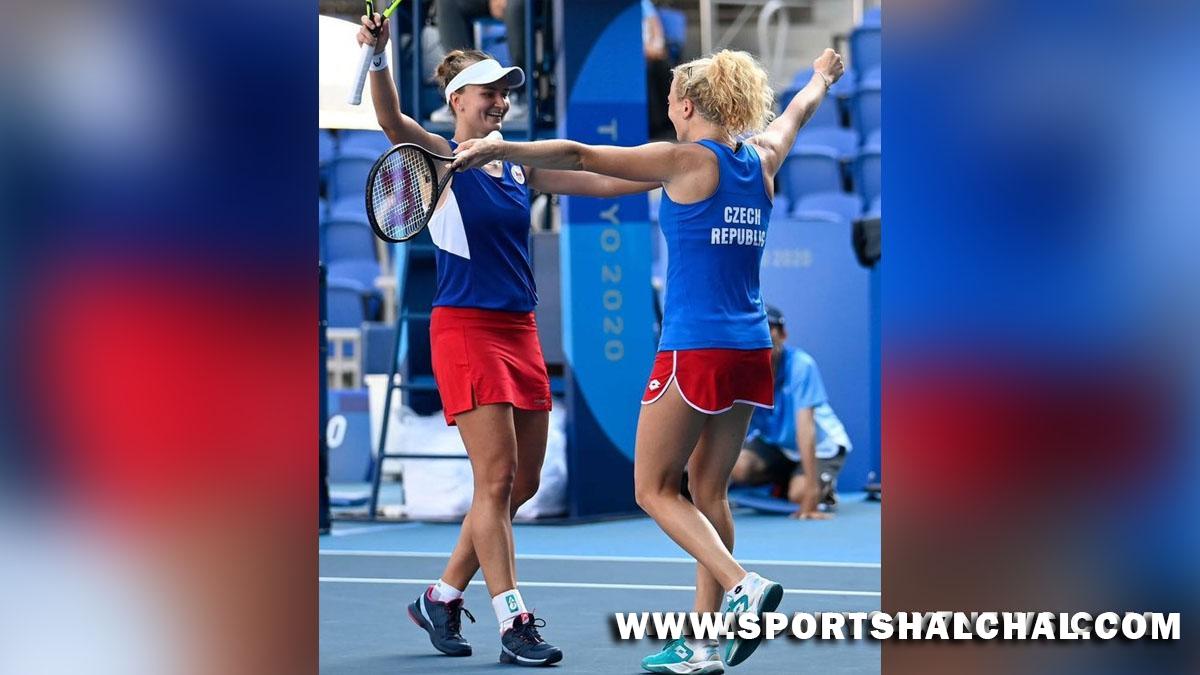 Melbourne : Czech tennis player Barbora Krejcikova has said that winning the Australian Open women’s doubles title with country-mate Katerina Siniakova was a “huge relief” given that they had been trying since their debut in 2018 and inching closer each year.The No.1-seeded Czech pair clinched its fourth Grand Slam women’s doubles title as a team, defeating Kazakhstan’s Anna Danilina and Brazil’s Beatriz Haddad Maia 6-7(3), 6-4, 6-4. This was their maiden Australia Open title in five attempts.The Tokyo Olympic Games gold medallists have improved one step further in each of the last five editions of the Australian Open. They lost in the round of 16 in their 2018 debut, reached the 2019 quarterfinals, the 2020 semifinals, and the 2021 final before their title this year.”Last year we finished in the finals, so just to get again all the way to the finals and finally making it, it’s perfect,” said Krejcikova. “It’s like a huge, I would say, relief. We’re just extremely happy that it’s finally our trophy,” she was quoted as saying by wtatennis.com.”It’s amazing,” Siniakova said.

“After playing last year the final, we are so happy that we have the title. It was a really big fight, and we needed to push hard. We were fighting hard to get the Australian one. So it’s just really exciting and super happy, because the focus on the Grand Slam… you want to get these titles, the big ones, so I’m just extremely happy that we got it.””In the second set I was just telling Katka (Siniakova), ‘Let’s keep going, let’s keep playing, we’re gonna get our chances again, and we have to convert them.’ I think this was pretty much the key in the second set that we convert the chances. Same thing (in the) third set. This match was really tight and it was a really long match,” said Krejcikova.Siniakova and Krejcikova had finished second best in Melbourne last season, falling to Belgium’s Elise Mertens and Belarusian Aryna Sabalenka. But the Czechs prevailed this time around in an engrossing two-hour and 42-minute affair. Krejcikova and Siniakova have added to their two French Open titles (2018 and 2021) and their 2018 Wimbledon title, meaning they are a US Open title away from the career Grand Slam.