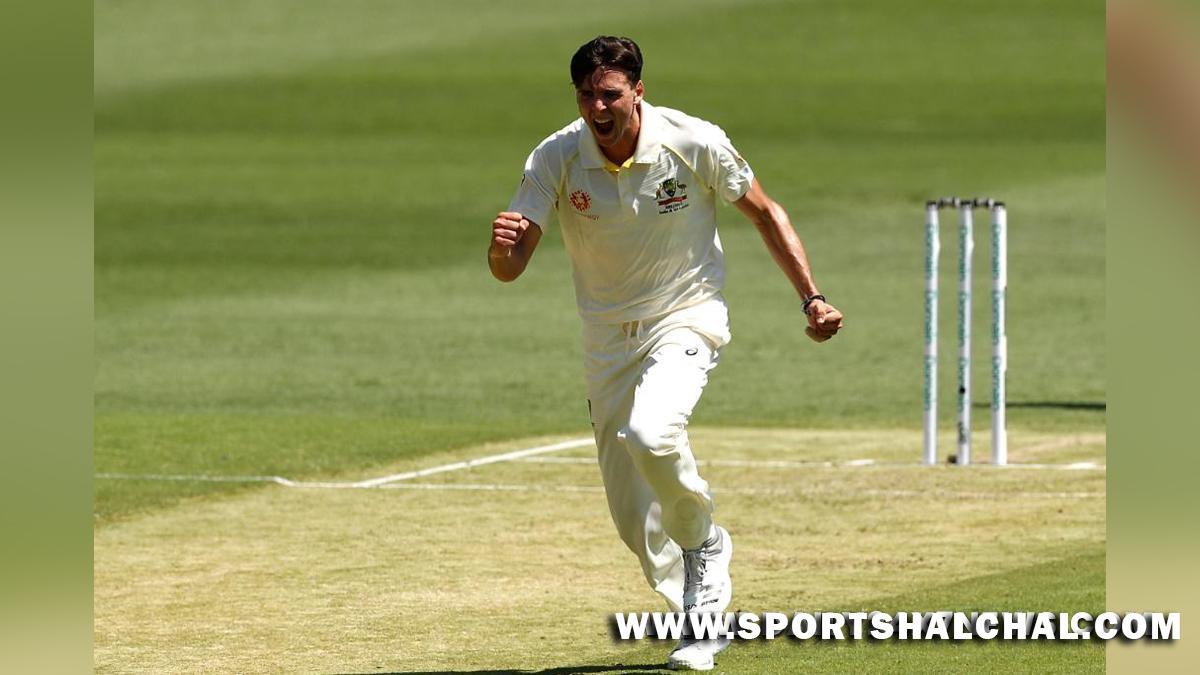 Melbourne : Australia pacers Jhye and Kane Richardson on Thursday were dropped from Cricket Australia’s 20-member contract list. Apart from the duo, retired pacer James Pattinson and former Test skipper Tim Paine have been omitted while wicketkeeper-batter Matthew Wade and opener Marcus Harris don’t find any mention. Additions to the contract list include wicketkeeper-batter Josh Inglis, pacer Scott Boland, leg-spinner Mitchell Swepson, batters Travis Head (Player of Series in the Ashes) and Usman Khawaja (Player of the Series against Pakistan) well as all-rounders Mitchell Marsh (Player of the Match in Men’s T20 World Cup final) and Marcus Stoinis. Jhye Richardson took five wickets on his return to the Test side in the second match of the Ashes at Adelaide. But did not feature in the rest of the series and did not tour Pakistan in order to manage his workload well. He did play in the T20I series against Sri Lanka but recently suffered a hamstring injury during the Marsh One Day Cup final.
Kane Richardson, on the other hand, had to spend time on sidelines during the Men’s T20 World Cup as Mitchell Starc, Pat Cummins and Josh Hazlewood shared pacer duties. Though he got to play in the T20Is against Sri Lanka, Richardson did not tour Pakistan due to injury. In terms of inclusions, Inglis, Head and Khawaja stand out. Inglis was impressive in T20Is against Sri Lanka and Pakistan after being a reserve player at the Men’s T20 World Cup last year.

He could push for a spot in the playing eleven ahead of the next Men’s T20 World Cup at home in October. Head has enjoyed an scintillating comeback for Australia across all formats, starting with two centuries at Brisbane and Hobart in the Ashes propelling him to be ‘Player of the Series’. After featuring in T20Is against Sri Lanka, Head plundered runs in the ODI series, including a century in the first match and one-off T20I against Pakistan. Head’s absence from the fourth Ashes Test in Sydney due to Covid-19 opened the door for Khawaja’s return. It turned out to be a sensational return as he slammed twin centuries in the drawn match. That led to Khawaja unseating Marcus Harris in opening the batting from the Hobart Test. In March, he bagged the Player-of-the-Series award in Tests against Pakistan, scoring 496 runs at a whopping average of 165.33 with centuries at Karachi and Lahore, completing a successful time with the bat in the country of his birth. “We believe this group provides us great coverage and versatility across all formats while others, as we saw in the past year, will continue to get opportunities to play a big part. With a tour of Sri Lanka, a home World Cup, home summer and tour of India there is an enormous amount of cricket to be played where the strength of our squads and depth will be challenged,” said chief selector George Bailey. Players not included in the contracts list can be upgraded once they reach 12 points based on appearances: a Test match is worth five points while an ODI and T20I fetch two and one points respectively. “To contract just 20 players was challenging given the number of key series and the cycle of upcoming T20 and one-day World Cups, all of which will require varying skill sets and combinations,” concluded Bailey.
Contract list 2022/23: Ashton Agar, Scott Boland, Alex Carey, Pat Cummins, Aaron Finch, Cameron Green, Josh Hazlewood, Travis Head, Josh Inglis, Usman Khawaja, Marnus Labuschagne, Nathan Lyon, Mitchell Marsh, Glenn Maxwell, Steve Smith, Mitchell Starc, Marcus Stoinis, Mitchell Swepson, David Warner and Adam Zampa