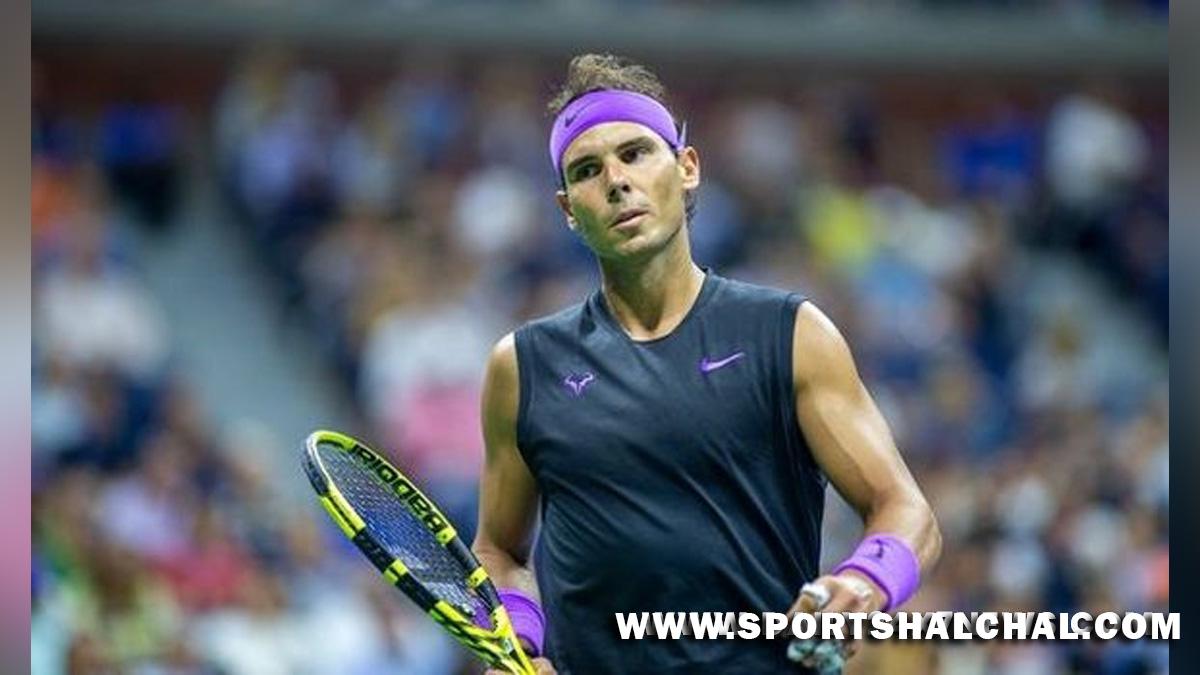 Melbourne : Spanish tennis stalwart Rafael Nadal drew inspiration from a 30-minute-long 16-14 first-set tie-break on Sunday as the winner of 20 Grand Slams defeated 33-year-old Frenchman Adrian Mannarino 7-6(14), 6-2, 6-2 to advance into the Australian Open quarterfinal here.The 35-year-old Nadal will face the winner of the match between Canada’s Denis Shapovalov and Alexander Zverev of Germany for a place in the last-four.The gruelling tie-break test in the first set broke Mannarino’s resolve as he lost the next two sets and the match without much resistance.Nadal, the 2009 Australian Open champion, saved four set points in the engrossing tie-break drama, including one in which he got away with a poor drop-shot by guessing right and steering a forehand passing shot for a winner.

With the Frenchman tiring as the match wore on, and seeking the help of a physio late in the second set, Nadal breezed through the next two sets.Mannarino was on top in many of the opening exchanges, and he created the only break point of the first set on the return at five-all. Both players looked to attack throughout with their left-handed forehands, but Nadal was able to disguise his shots with compact swings.After the drama of the one-hour, 21-minute opening set, the rest of the match had very little competitive action, with Nadal finishing the two-hours, 40-minute contest with an ace – his seventh of the match.

Nadal, who has dropped just one set in the tournament, will be happy to get off the court in three sets. After handling the 33-year-old Mannarino, he’ll face a younger opponent in either Zverev or Shapovalov in the quarterfinals.Earlier, Croatian Marin Cilic rolled back the years to earn his second top-10 win since 2018, upsetting world No. 6 Andrey Rublev of Russia 7-5, 7-6(3), 3-6, 6-3 to reach the fourth round in two hours and 37 minutes.”It is incredible,” Cilic was quoted as saying by atptour.com. “I enjoyed every single second of the match. Andrey is an incredible player, we have played several times in the past and it is always difficult. I had so much fun and played great tennis.”