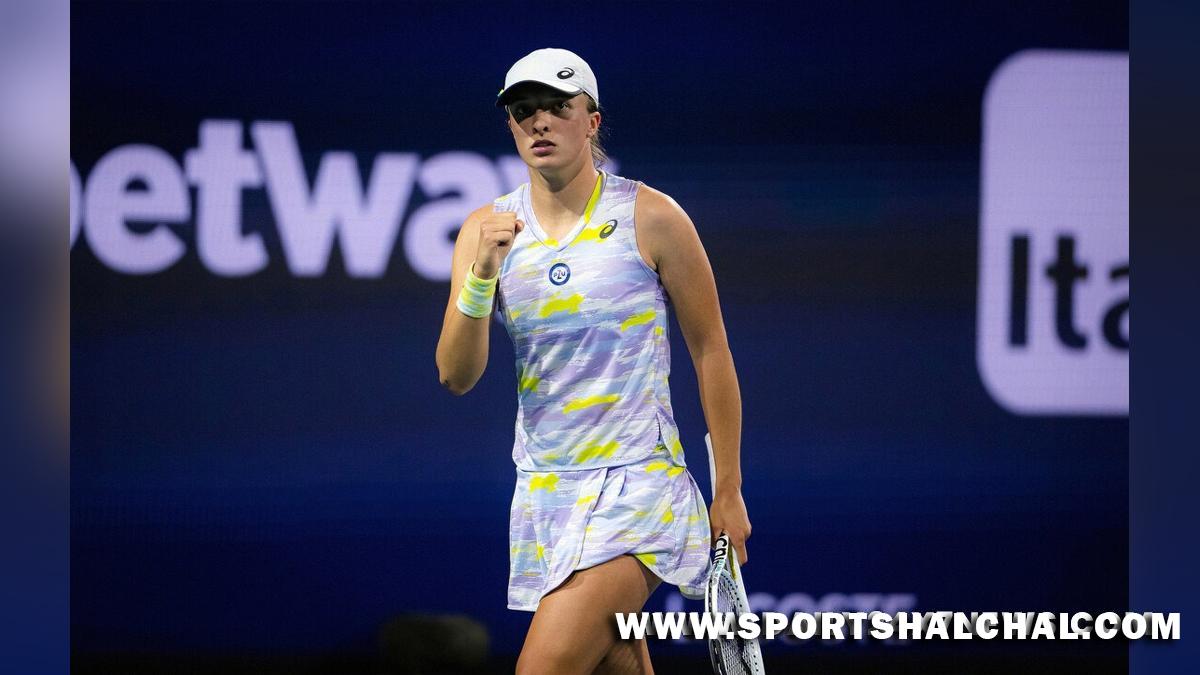 Miami : Poland’s tennis ace and soon to be world No. 1 after Ash Barty’s retirement, Iga Swiatek extended her winning streak by beating Madison Brengle of the US 6-0, 6-3 to make her maiden Round of 16 at the Miami Open on Monday (IST). Swiatek, the 20-year-old former French Open champion, will take on another American, Coco Gauff for a place in the quarterfinal. Swiatek, currently ranked No.2 in the world, extended her career-best winning streak to 13 matches by displaying sharp form that has seen her sweep the first two WTA 1000s of the season. Coming off her win in Indian Wells last week, the Polish player is aiming to become the fourth woman to win the ‘Sunshine Double’. If Swiatek manages to win at Miami, she will join Germany’s Steffi Graf (1994, 1996), Belgium’s Kim Clijsters (2005) and Belarusian Victoria Azarenka (2016) to triumph at both Indian Wells and Miami in the same season.

Swiatek fired 12 winners to Brengle’s one in the opening set and finished the match with 25 winners to 4 for the American. “I feel like I’m in a good place with my tennis and I’m focusing on that,” Swiatek said when asked about the No.1 ranking. “I know the ranking can be pressure, but on the other hand when I was climbing up and I entered top-10 and top-5 I felt the same feeling, and right now I don’t want to repeat that. So I just focus on my game,” Swiatek was quoted as saying by wtatennis.com. “I don’t know what’s going to happen after the tournament and the adrenaline will go down and I have more time to stress about that a little bit more, but for now I feel great. It’s not like it’s bothering me, it’s more motivating me. So it’s great.”Swiatek and Gauff will face off for the second time in their careers. The Polish player had won their previous meeting in Rome last year. No.28 seed Petra Kvitova of the Czech Republic also moved into the Round of 16 for the fifth time in her career with a 7-5, 6-1 win over American qualifier Lauren Davis. Two-time Wimbledon champion Kvitova is now just a win away from matching her career-best Miami Open performance, which were quarterfinal runs in 2014 and 2019. She will face No.21 seed Veronika Kudermetova of Russia in the Round of 16.