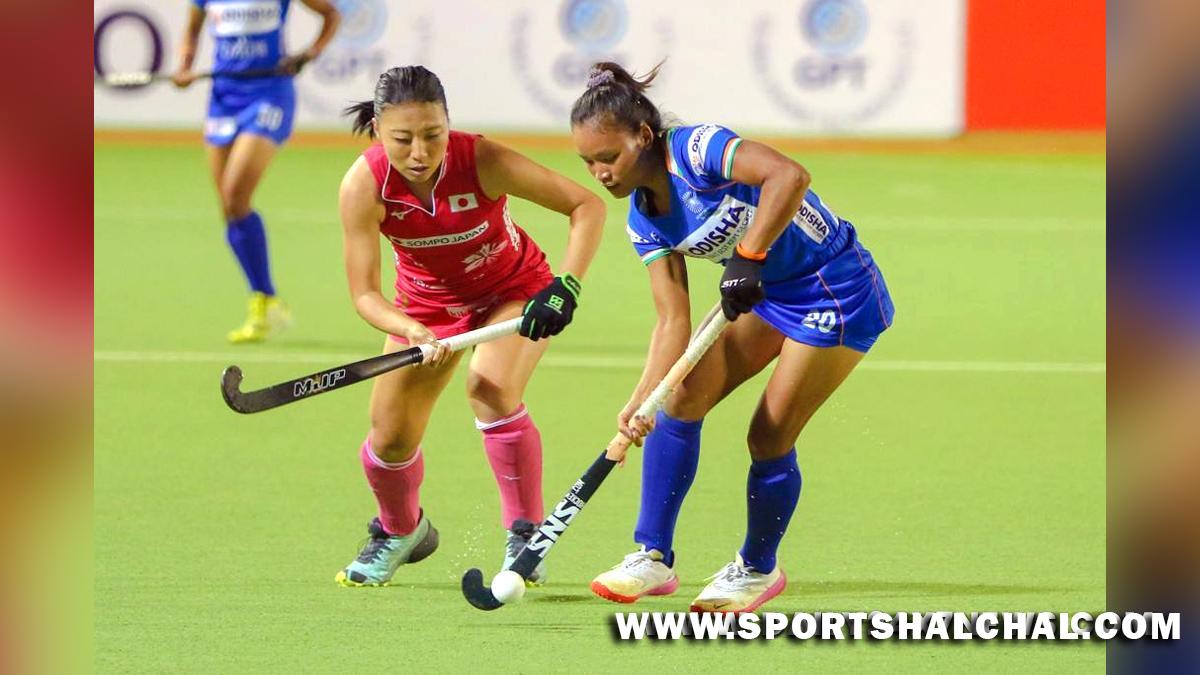 Muscat : After making a winning start to their campaign at the Women’s Asia Cup with a 9-0 win against Malaysia in their first match, the Indian hockey team went down 0-2 against Asian Games defending Champions Japan in their second pool A match here on Sunday.Goals were scored by Yuri Nagai (2′) and Saki Tanaka (42′) which ensure Japan bagged three points from the game.It was the opening goal scored by Japan in only the second minute of the match that put India on the back foot.Though under pressure, the Indian forwardline pushed for opportunities within the striking circle to bounce back and even won PCs that could have fetched them an equaliser, they could not convert the chances.It took some time for India to shake off the nerves from the first quarter and they put up a better display in the second with improvised attack and disciplined structure.

While Japan created chances in the 15m mark, the Indian defence held strong to ensure no further goals were scored by the Japanese strikers.Though Indian forwards Navneet Kaur, Sharmila Devi, Lalremsiami and Vandana Katariya took turns to take shots on goals, they could not beat the strong Japanese defence, particularly the experienced Japanese goalkeeper Eika Nakamura, who came up with some brilliant saves to keep Indians from scoring.After the ten-minute half-time break, India came back with an intent to overcome the 0-1 deficit.While India struggled to nick the ball into the goalpost, despite creating some potential circle penetrations, Japan made no mistake in creating space within the circle for Saki Tanaka to score.The 42nd-minute goal put further pressure on India. In the final quarter, a fighting India came back stronger and even earned as many as two PCs. But neither Deep Grace or Gurjit Kaur could net the ball in, thus going down to a 0-2 loss.India will take on Singapore in their third Pool A match on Monday.