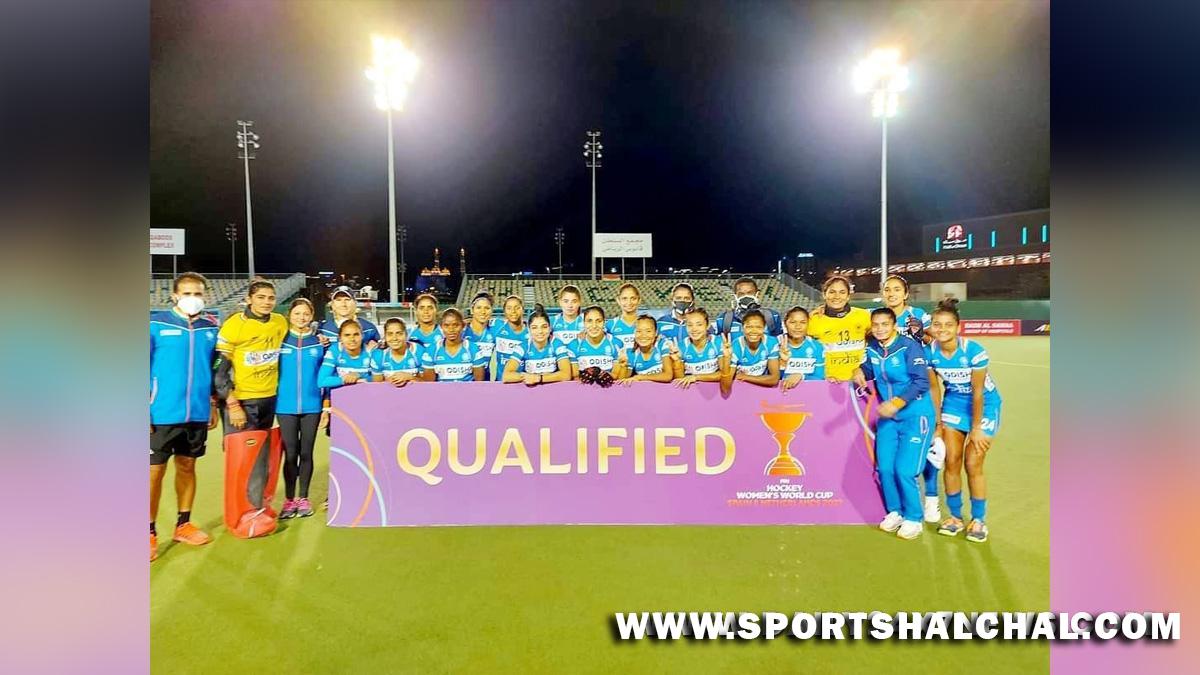 Muscat : The Indian women’s hockey team is looking forward to its semifinal clash against Pool B toppers South Korea in Asia Cup 2022 on Wednesday after completing their Pool A engagements with a massive 9-1 victory over Singapore here on Monday.After achieving their first target of sealing a berth for the FIH Women’s World Cup in Spain and Netherlands this year by finishing in the top-four in Muscat, defending champions India’s next target is to get past Korea, who finished on top in Pool B ahead of China.The Savita-led side had started their campaign with a 9-0 win over Malaysia, went down to Japan 0-2 in their second match. However, they bounced back in style to claim a 9-1 win to seal a spot in the semi-final.

Reflecting on the team’s performance, chief coach Janneke Schopman said, “The Malaysia game was very good, at times against Japan, we played a fast-paced game against a good team, a good defensive team, and yesterday (against Singapore), you know, it was going to be hard against teams that just want to slow down the game. So overall, I am quite happy with the number of corners we created and pretty happy with the tournament so far, and excited to see what’s next.”Speaking about the qualification for the FIH Women’s World Cup in Spain and Netherlands, Schopman said that the team’s main goal in the tournament has been achieved.”Of course, our main goal was to qualify for the World Cup, and we did that. It’s really exciting, we to be present at the highest level of women’s competition and compete with the best teams around the world,” said the coach.

Speaking about India’s match-up against Korea, who have been unbeaten in the tournament so far, Janneke said that she is looking forward to seeing if her team can execute skills and strategic plans against the Korean side, which has got a lot of speed and experience.”As I said, our main goal has been achieved, now we want to focus on the Korea game. Playing the semifinal is always special, those games are exciting as players, as a staff, we want to play and execute our game plan. Korea have a lot of speed, they have some good experience in their team as well. I am looking forward to see if we can execute our skills, our defence strategic plans and I am sure if we can do that and stay calm then we can create a lot of opportunities, and play a really good game and proceed to the final,” she concluded.