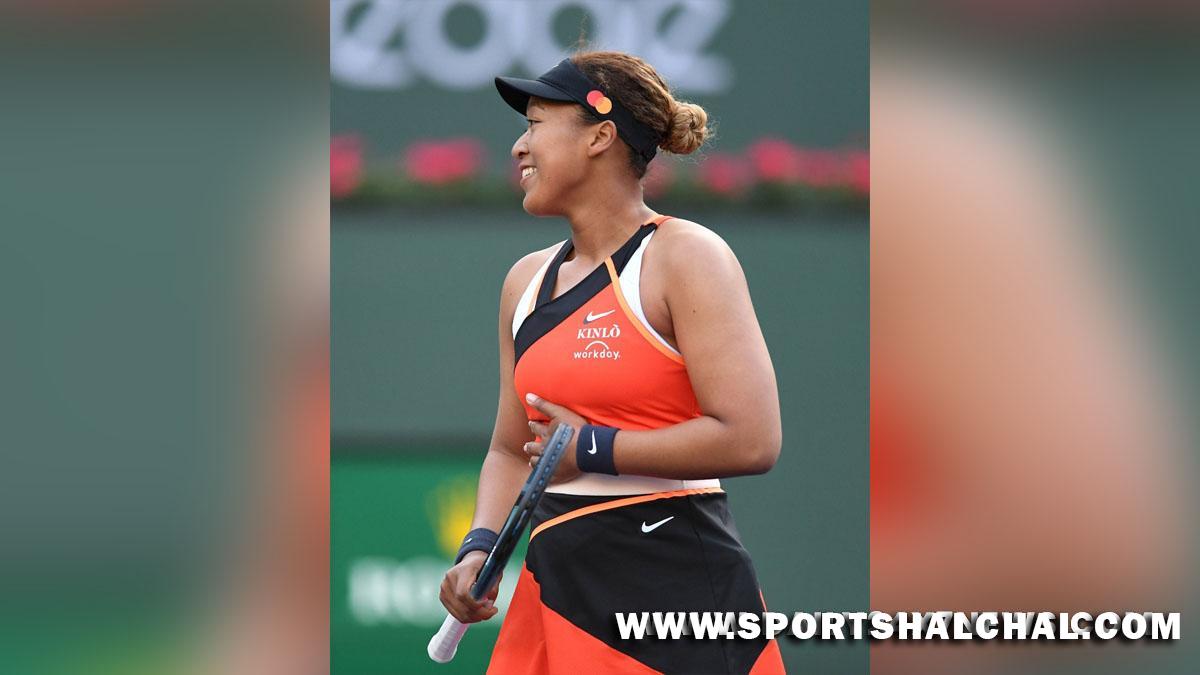 Indian Wells : Former world No. 1 Naomi Osaka edged past former top-five player Sloane Stephens of the United States in a marquee opener at the BNP Paribas Open here on Friday (IST), as Amanda Anisimova (US), Marta Kostyuk (Ukraine) and Aliaksandra Sasnovich (Belarus) also advanced to the second round.In one of the most-anticipated opening clash of the tournament, Osaka secured a comeback 3-6, 6-1, 6-2 victory against the 28-year-old Stephens, the 2017 US Open champion. In her first match since the Australian Open in January, the Japanese 24-year-old overcame the gritty opponent and blustery conditions, winning the last six games to seal a 1 hour, 53-minute comeback.The win is her first against Stephens in three attempts, and marks a winning return for the 2018 champion in Indian Wells. Osaka didn’t play last year when the tournament was rescheduled to after the US Open, and lost in the fourth round in 2019.”Honestly, I didn’t know what the score was. I had to ask (coach) Wim (Fisette) afterwards. I was just really concentrating on trying my best on every point,” Osaka was quoted as saying by wtatennis.com after victory.

“As tight as I was in the first two games of the final set, I just figured that I learned from every match that I play and I learned a lot from my three-set match against (Amanda) Anisimova in Australia. I told myself that I would have opportunities for sure and I just need to capitalize on that. I knew I was hitting a lot of double faults in the first game of the third set, so I was just trying to fix that first of all.”To play against Sloane, she just won a tournament and I’m sure she’s feeling really confident with herself; that was a really good test for me. But at the same time I do need to play a lot more matches and I do need to give myself the opportunity to get more into the swing of things.”I feel like I played well in Australia, but I keep taking these long breaks and I’m aware that I’m taking them, but hopefully, I’ll get more into the flow of things with this U.S. hard court swing,” added Osaka.The two hadn’t played since the 2018 WTA Finals in Shenzhen, and Osaka lost the pair’s first-ever meeting in Acapulco, Mexico in 2016. On Friday (IST), Osaka (current rank No.78) and Stephens (now No.38) battled through swirling winds inside the stadium, as sustained winds wrecked havoc.”It was a bit frustrating but it was also funny at the same time because there was debris flying around the court. I’ve also never played a match that was that windy, so it was also a new experience,” Osaka said.”I was just grateful that there were fans watching the match. Apparently, it was very cold so the fact that they stuck around really meant a lot to me.”

Osaka will meet No. 21 seed Veronika Kudermetova of Russia in Round 2 for the first time in her career.Marta Kostyuk, the world No.54 saved two match points in the second-set tiebreak and came from 5-3 down in the third set to seal a 6-7(5), 7-6(6), 7-5 comeback win against Maryna Zanevska of Belgium. Kostyuk will next face No.20 seed Elise Mertens of Belgium for the first time.Aliaksandra Sasnovich moved into the second round after her opponent Camila Osorio of Colombia retired while trailing 6-4, 5-0 due to a left thigh injury. World No.59 Sasnovich will next face two-time Wimbledon champion Petra Kvitova of the Czexh Republic in the second round.Amanda Anisimova needed just 53 minutes to ease past American wildcard Emma Navarro, winning 6-2, 6-2. The victory sets up a second-round match against Leylah Fernandez of Canada.While Anisimova sailed, Shelby Rogers (US) mounted a confident comeback to defeat Nuria Parrizas Diaz (Spain), 6-1, 5-7, 7-6(3) in 2 hours and 53 minutes.