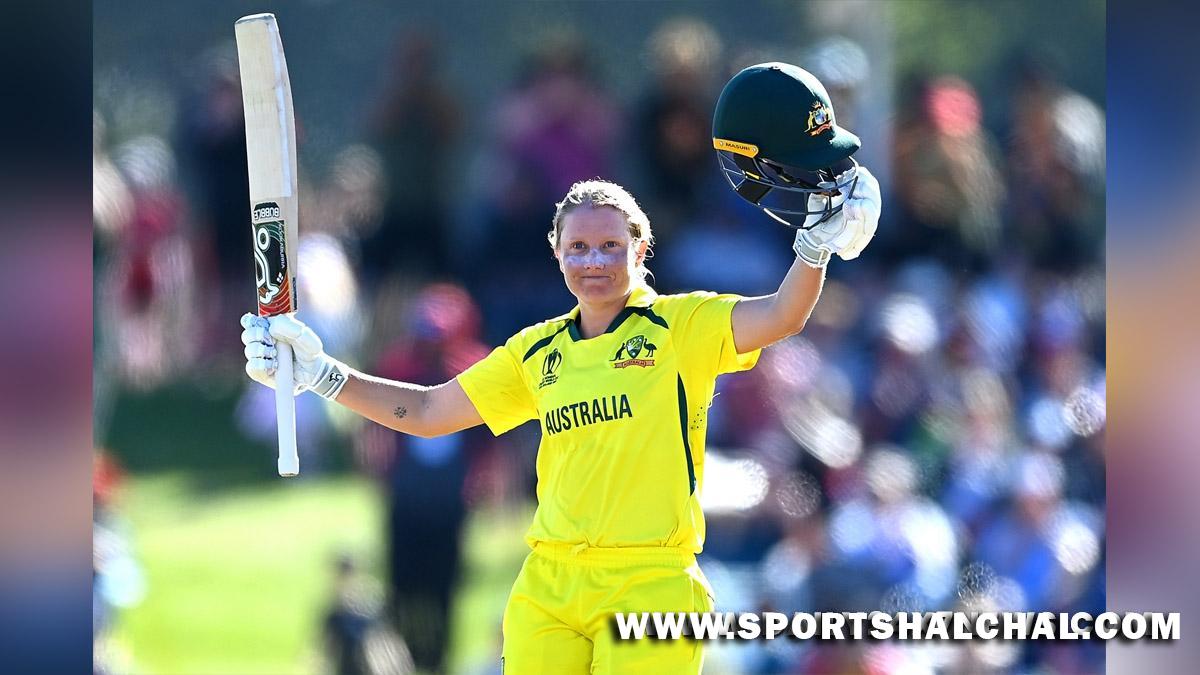 Christchurch : Australia Went Into The 2022 Women World Cup Final Against England As The Lone Unbeaten Team In The Tournament. The End Of The Final In A Day-night Affair At Hagley Oval On Sunday, They Justified Their Pre-tournament Favourites Billing As Well As The Domination In The Mega Event To Win Their Seventh Odi World Cup Title, Defeating England 71 Runs.The win was set up by wicketkeeper-batter Alyssa Healy’s brilliance in the form of a scintillating 170 off 138 balls in what was unarguably one of the finest knocks witnessed in the 50-over format, irrespective of men’s or women’s cricket.Apart from a brilliant Healy, her opening partner Rachael Haynes hit 68 while Beth Mooney justified her promotion to number three with a quick 47-ball 62 as Australia amassed a mammoth 356/5 in 50 overs.In reply, Nat Sciver fought hard with an unbeaten 148 but other batters couldn’t provide her with the required support as England slumped to 285 all out in 43.4 overs.After seeing off the swing challenge from pacers Katherine Brunt and Anya Shrubsole in the first 10 overs, Healy and Haynes opened up to go on a rampage, pushing England on the back-foot. While Haynes was the early aggressor, Healy soon took over from her to dish out a masterclass in making a big knock at a World Cup final.Australia, especially Healy, took advantage of England’s errors on the field as well as with the ball.

In the 21st over, both Healy and Haynes were dropped by Nat Sciver and Danni Wyatt on 42 and 47 respectively off pacer Kate Cross.Though Haynes couldn’t get a century, Healy ensured that she stayed at the crease after the 160-run partnership to bring her second successive century in the knockout matches of the ongoing mega event.Against the spinners, Healy made use of her feet to dominate the spinners, especially Charlie Dean. She went back-foot at times to nail her cuts and drives and even brought out the scoop twice to get runs at a rapid rate. Mooney complimented her well with her brisk shots during the partnership of 156 for the second wicket.During her whirlwind knock of 170, Healy became the first player, men’s or women’s, to score more than 150 in a World Cup final, going past 149 made by Adam Gilchrist in the 2007 men’s final against Sri Lanka.Her tally of 509 runs has made her the leading run-scorer of the tournament and is also the most runs scored by a player in an edition of the women’s Cricket World Cup.Though Shrubsole came back to pick up wickets and stall the run-flow in the fag end of Australia’s innings, Healy’s stupendous show with a wide array of shots all around the ground kept the six-time champions in pole position at the interval, leaving England, the defending champions, staring at a mountain to climb.In reply, pacer Megan Schutt delivered the first breakthrough by uprooting the leg-stump of Wyatt with a beautiful inswinger. Four overs later, Schutt trapped Tammy Beaumont lbw on the knee roll with an inswinger.

Sciver and captain Heather Knight unfurled flicks and pulls to stabilise England’s innings. Leg-spinner Alana King almost dismissed Sciver via lbw. But replays showed ball missing leg-stump. Two balls later, King got rid of Knight with a plumb lbw dismissal.Sciver then stitched a 43-run stand with Amy Jones, which ended with the latter holed out to a back-tracking mid-off off Jess Jonassen. After reaching her fifty in 53 balls, Sciver got going with Sophia Dunkley through a flurry of boundaries. But King came back to clean bowl Dunkley around her legs followed by getting Katherine Brunt stumped from behind by keeper Healy.Sciver continued to bat on by showcasing an exhibition of reverse sweeps as well as the conventional ones despite Sophie Ecclestone trapped lbw by Tahlia McGrath and Kate Cross chipping back to Jess Jonassen for a simple caught and bowled dismissal. Sciver reached her second World Cup century against Australia in 90 balls with a brace through fine leg.Sciver’s crucial knock continued as she placed her shots well and even brought out the scoop twice. She received support from Charlie Dean as the half-century of the partnership came with another reverse sweep from Sciver off Ashleigh Gardner.The 65-run stand came to an end when Dean played one reverse sweep too many and was caught at point off Gardner. Anya Shrubsole holing out to mid-off off Jonassen was the fitting climax for Australia pocketing their seventh World Cup title, completing a turnaround from their shock exit in the semi-finals of 2017 edition.