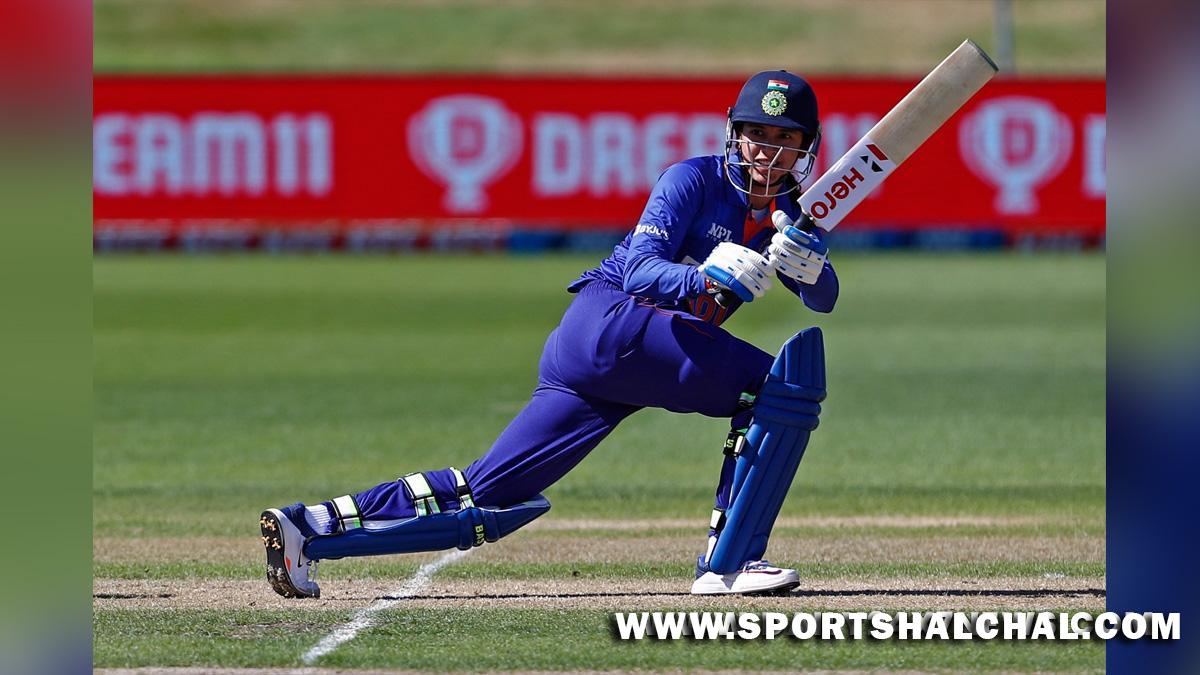 Rangiora (New Zealand) : India’s batting stalwart Smriti Mandhana took a vicious blow on the head when she was struck by a bouncer from South African pacer Shabnim Ismail in the early stages of the ICC Women’s Cricket World Cup warm-up game at the Mainpower Oval here on Sunday. The Mithali Raj-led India scored a fighting 244/9 in the allotted 50 overs after their opponents elected to bowl first.A team doctor assessed the 25-year-old Mandhana following the incident and originally declared her fit to continue only to retire hurt an over-and-a-half later after another consultation. At the time Mandhana retired hurt, the left-hander was unbeaten on 12 from 23 deliveries.But the blow did not affect India’s charge in the warm-up game as Harmanpreet Kaur scored a century (103 off 114 deliveries) and top-order batter Yastika Bhatia scored a patient 78-ball 58 to guide the team to 244.

Mandhana was visibly shaken by the blow, though felt no concussion symptoms according to the medical staff, leaving the ground as a precaution, according to ICC.
Earlier, the going was slow for India in the in the early stages on a green Rangiora Oval surface after South African captain Sune Luus won the toss and elected to bowl first. Yastika Bhatia was measured in her start, before moving into her innings with four boundaries and a six.Mithali was run out after a mix-up with Bhatia for a duck, though the innings belonged to Harmanpreet Kaur, who raced along with little risk. The right-hander held the innings together with the lower order, ticking over to three figures in the latter stages of the innings.Mandhana did not take the field at the start of South Africa’s innings.
Brief scores: Indian Women 244/9 in 50 overs (Yastika Bhatia 58, Harmanpreet Kaur 103, Ayabonga Khaka 3/23) vs South African Women.