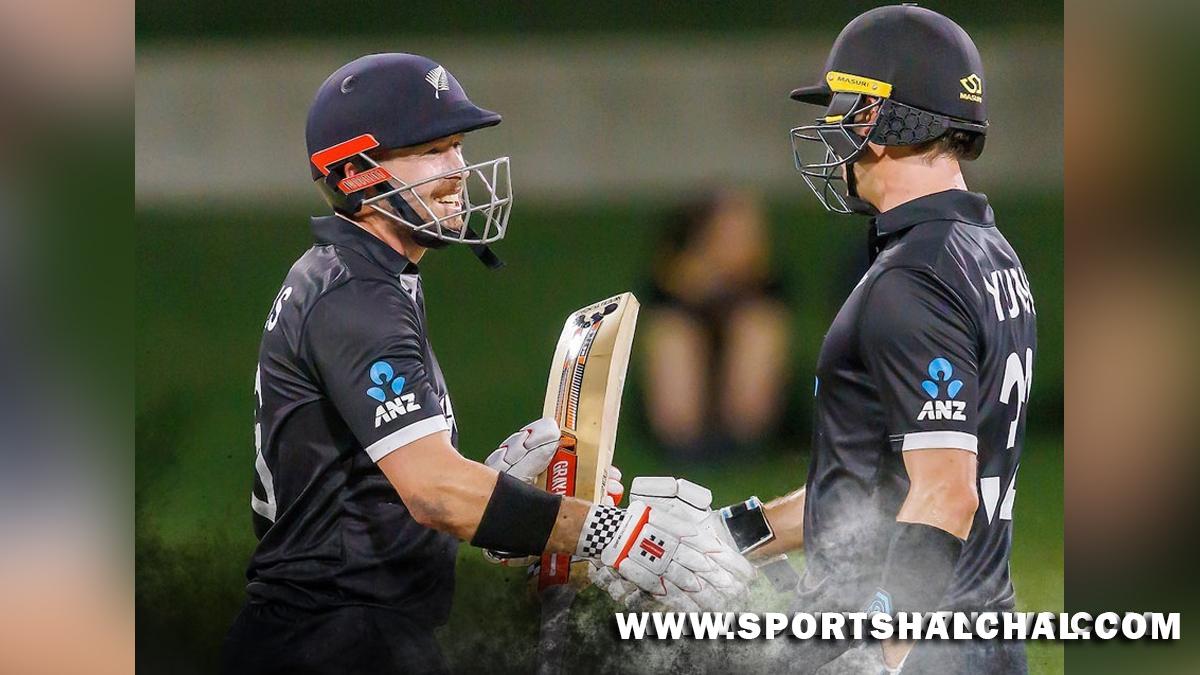 Mount Maunganui (New Zealand) : New Zealand’s right-arm pace bowler Blair Tickner took four wickets on ODI debut, while Will Young scored a maiden century to set up the Blackcaps’ emphatic seven-wicket victory with 69 balls to spare against the Netherlands in the opening match at Bay Oval on Tuesday.The 10 points helped the hosts move up two places from 12th to 10th on the Cricket World Cup Super League (CWCSL) table. If New Zealand continue the momentum in the three-match series, they have a good chance to climb higher.The 28-year-old Tickner finished with 4/50 from his 10 overs, claiming Vikramjit Singh and Bas de Leede in his first spell, before returning to pick up Logan van Beek and Pieter Seelaar.Despite the early loss of Martin Guptill, the Blackcaps collected 10 ODI Super League points, thanks to Henry Nicholls and Will Young, the latter scoring his maiden ODI ton.Seelaar won the toss for the Dutch and elected to bat, though the tourists were put on the back foot early after the loss of Max O’Dowd (4) and Stephan Myburgh (11). Singh (19) and de Leede (7) tried to rebuild but both picked out the third man fielder.

Reduced to 45/5, Seelaar and Michael Rippon picked up the pieces in an 80-run partnership, with the latter compiling his second ODI half-century. Seelaar (43) wasn’t as fortunate, as his leg glance was snared by wicketkeeper by Tom Latham.Rippon was helped by contributions from Logan van Beek (14) and Philippe Boissevain (15), and the Dutch eventually squeezed past 200 in the final over of the innings. Rippon (67) was the final wicket to fall, miscuing a full toss from pacer Kyle Jamieson, who finished with figures of 3/45.Logan van Beek provided the visitors hope with the wicket of Guptill, edging to wicketkeeper Edwards for two, though it was the last moment of Dutch joy for close to two hours.Young and Nicholls looked at ease at the crease. Young, playing just his third ODI, scored boundaries regularly and raced to his maiden ODI fifty in 54 balls. The wickets of Nicholls and Ross Taylor came too late in the innings for the Netherlands. Young hit the winning runs and converted his maiden fifty into a hundred as New Zealand took a 1-0 lead.
Brief scores: Netherlands 202 in 49.4 overs (Michael Rippon 67, Pieter Seelaar 43; Kyle Jamieson 3/45, Blair Tickner 4/50) lost to New Zealand 204/3 in 38.3 overs (Henry Nicholls 57, Will Young 103 not out; Michael Rippon 2/32) by 7 wickets.