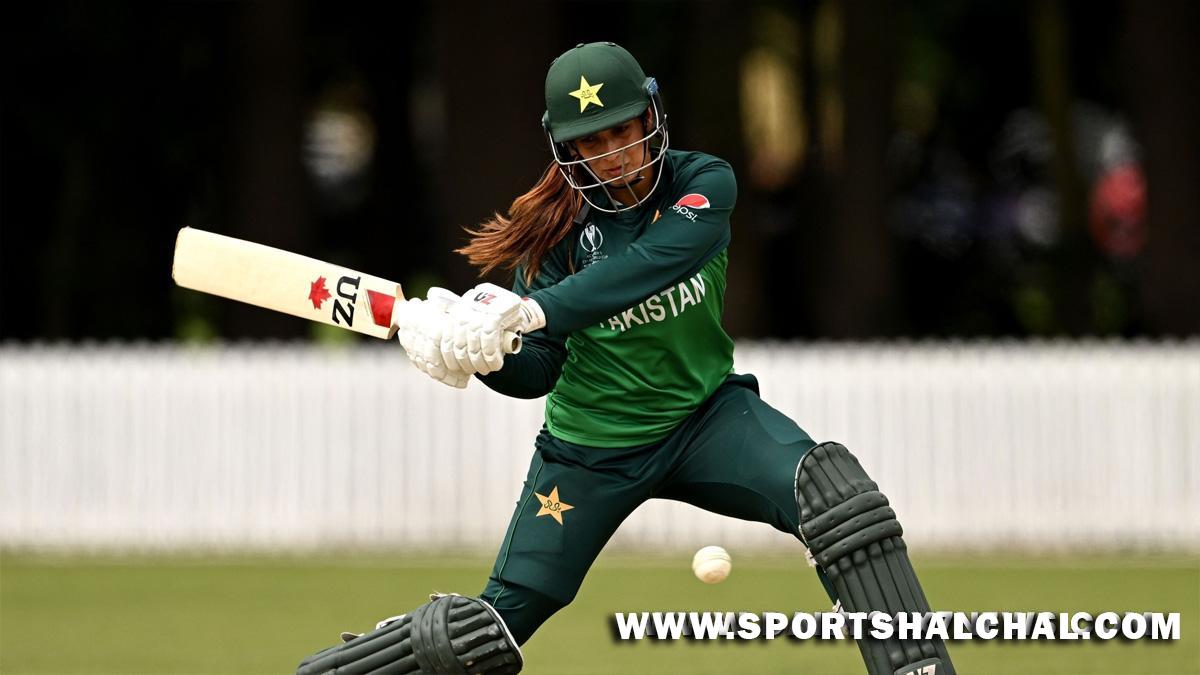 Lincoln : All-rounder Aliya Riaz remained unbeaten again in a warm-up match of the ICC Women’s Cricket World Cup as Pakistan defeated Bangladesh by seven runs at the Lincoln Green on Wednesday.Bangladesh fell seven runs short in their chase of Pakistan’s 199, the Bismah Maroof-led side joined England and India as the teams to win both of their warm-up matches ahead of the mega event.Bangladesh and Pakistan managed 3.1 overs before going off for a lengthy rain delay but restarted for a 42-over game as per the DLS method.Pakistan started brightly after the restart as Nahida Khan took two boundaries off the bowling of Suraiya Azmin.Fariha Trisna then took the top-three wickets as Pakistan slipped to three for 38 before Bismah Maroof and Javeria Khan stabilised the side.Khan reached 44 runs before being stumped with Maroof falling four balls later, the first of Ritu Moni’s three wickets on her way to three for 35.Pakistan reached 199/7, with Aliya Riaz again not out, this time on 45 off 50 balls, backing up her 62 not out in a surprise warm-up win against hosts New Zealand.

Fatima Sana was another contributor with 29 off 33 balls.Bangladesh made a fast start in chasing down their target as Shamima Sultana scored 12 from Sana’s first over. Sana had have the last laugh as she bowled Shamima for 18.From there onwards, Bangladesh lost wickets at regular intervals despite pushing Pakistan all the way.
Fargana Hoque was another of Sana’s victims as she was caught and bowled for 71 from 95 balls while giving Bangladesh a fighting chance of chasing the target.In the end, Bangladesh fell eight runs short of their DLS target as Lata Mondol was run out by Sidra Nawaz with Bangladesh on 194 with four balls remaining.Sana was the pick of bowlers for Pakistan, taking 4/47 in nine overs while Nashra Sandhu returned with figures of 3/22 in 8.2 overs.With India and Pakistan both coming off unbeaten in their warm-up matches, the opening match for the two teams up against each other on March 6 at Bay Oval in Mount Maunganui will be a mouth-watering affair.
Brief scores: Pakistan 199/7 in 42 overs (Aliya Riaz 45 not out, Javeria Khan 44; Ritu Moni 3/35, Fariha Trisna 3/40) beat Bangladesh 194 all out in 41.2 overs (Fargana Hoque 71, Rumana Ahmed 30; Fatima Sana 4/47, Nashra Sandhu 3/22) by 7 runs (DLS method).