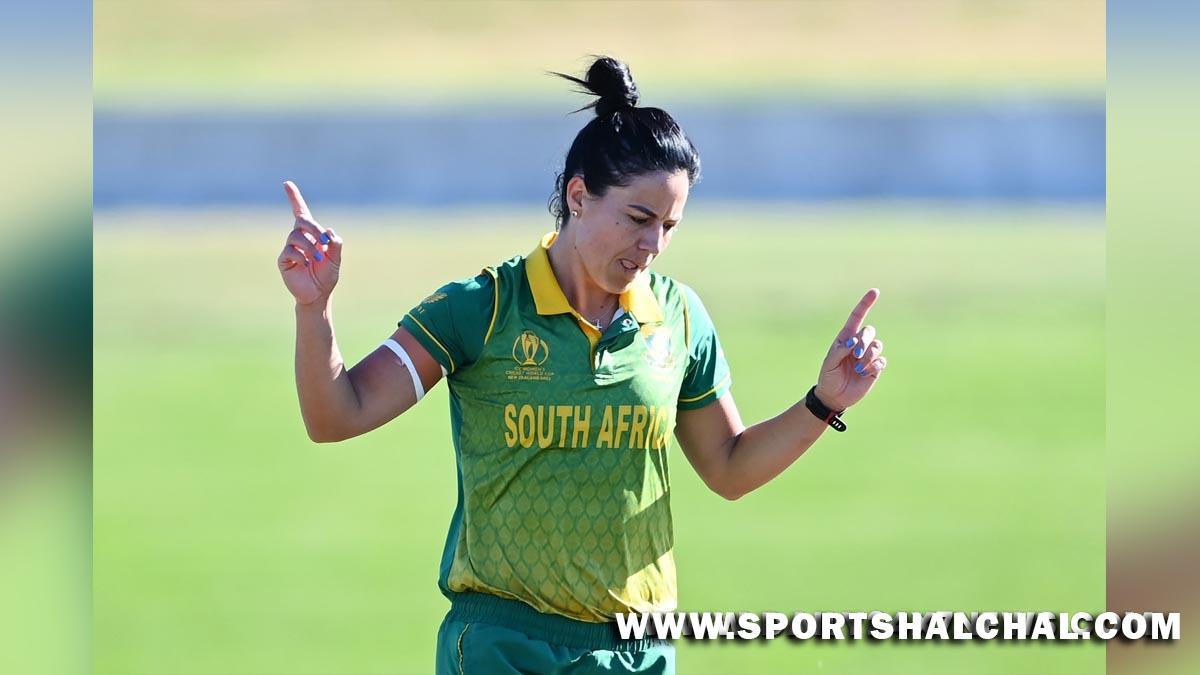 Hamilton : Marizanne Kapp held her nerve with the bat as South Africa claimed a two-wicket win over New Zealand in their ICC Women’s Cricket World Cup clash at Seddon Park on Thursday. With this victory, South Africa remained unbeaten at the World Cup, with four wins from as many matches while New Zealand faced their third loss in five matches.This was also South Africa’s first win over New Zealand in a Women’s Cricket World Cup and are now on par with Australia in terms of eight points but are second-placed due to the net run rate. It was also the third time South Africa won in a tight last-over finish in the ongoing tournament.After restricting the hosts to 228 all out in 47.5 overs, South Africa looked like they would cruise to the target, thanks to fifties from opener Laura Wolvaardt (67) and captain Sune Luus (51), who added 88 for the third wicket.But the pair departed in quick succession, triggering a mini-collapse. Kapp, who had led another tense chase against England in an all-round performance, was again entrusted with the task to see South Africa home.She hit an unbeaten 34 off 35 balls, comprising four boundaries, including back-to-back ones in the 47th over and kept her cool to collect more runs even as she lost partners. After slog-sweeping Frankie Mackay for a four and taking a single through mid-wicket, Ayabonga Khaka took a tight single to mid-off to complete a sensational chase with three balls to spare.

Earlier, Kapp, with 2/44, along ‘ith Khaka’s 3/31 and Shabnim Ismail picking 3/27 were instrumental in keeping New Zealand to 228 all out’ The trio’s bowling efforts, especially in the last ten overs, were good enough to overshadow home skipper Sophie Devine’s excellent 93.Devine’s 101-ball innings included 12 fours and one massive six, as her partnerships of 81 with Amelia Kerr (42) and 80 with Maddy Green (30) formed the backbone of the New Zealand innings. But Devine’s dismissal in the 41st over led to a late collapse, with the tournament hosts losing their final six wickets for just 30 runs to be all out inside 48 overs.Devine lost fellow opener Suzie Bates (4) in the third over as the hosts were reduced to six for one. But Kerr joined her captain as the pair set about resurrecting the early damage. The duo looked solid and put on 81 for the second wicket until South Africa captain Sune Luus (1/48) intervened with the big wicket of Kerr.Luus had the New Zealand number three trapped LBW for 42 and experienced batter Amy Satterthwaite (1) fell in the next over to Khaka as the Proteas quickly gained the upper hand. Devine then fell to a lovely Khaka yorker and the rot then fell in as South Africa cleaned up the New Zealand tail to ensure their victory target would not be too high.Despite losing the services of another pacer Masabata Klass to a shoulder injury and Ismail’s foot causing her discomfort, South Africa ensured that New Zealand never got the finishing flourish they aimed for, which proved to be decisive in the end for a nail-biting win.
Brief scores: New Zealand 228 all out in 47.5 overs (Sophie Devine 93, Amelia Kerr 42; Shabnim Ismail 3/27, Ayabonga Khaka 3/31) lost to South Africa 229/8 in 49.3 overs (Laura Wolvaardt 67, Sune Luus 51; Amelia Kerr 3/50, Frankie Mackay 2/49) by two wickets.