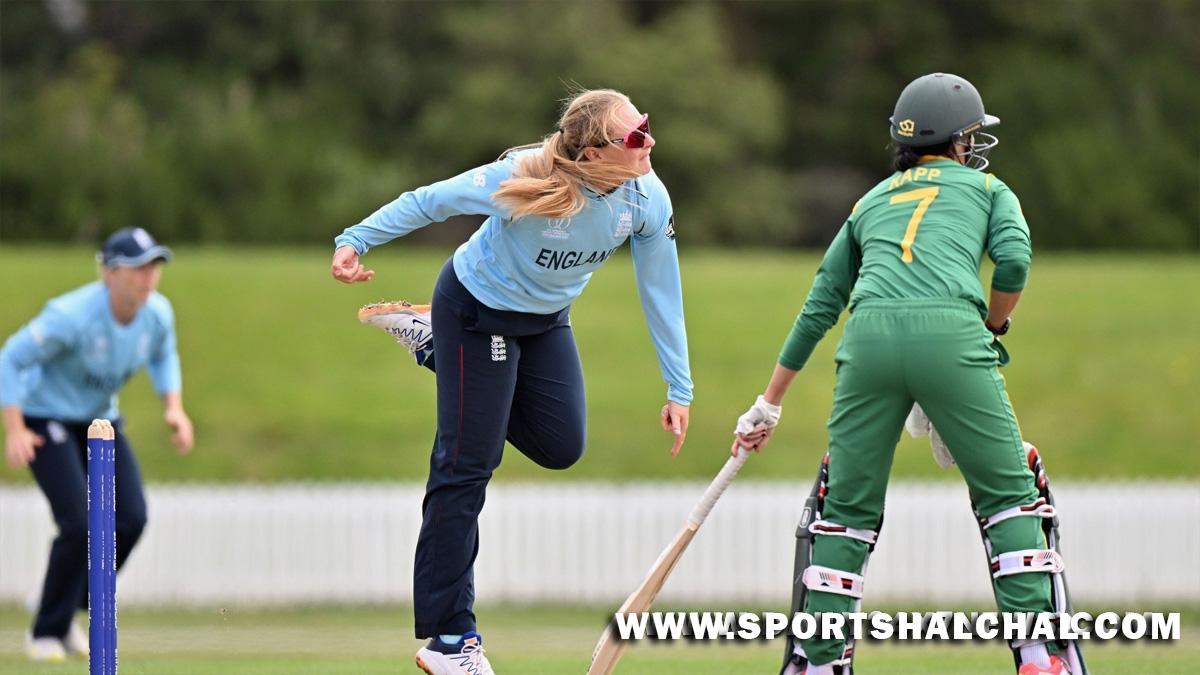 Lincoln : There was rain interruption in defending champions England’s final warm-up match against South Africa at the Bert Sutcliffe Oval on Wednesday. But the sun shone on the Heather Knight-led side as they earned a six-wicket win over the Proteas ahead of the Women’s Cricket World Cup.Left-arm spinner Sophie Ecclestone took 3/23 as England restricted South Africa to 138/9 in a shortened 35-over game. Set 139 to win, England easily chased down the target in 26.2 overs with six wickets to spare. After the match ended, Sophie defended 10 runs in a practice super over to give England a double victory over the Proteas.Rain stopped any chance of play before 1:50pm local time. But once the play got underway, England made quick work of South Africa’s top order as Katherine Brunt bowled Laura Wolvaardt in a maiden over.
Anya Shrubsole then got Lara Goodall caught behind before producing her own wicket maiden as captain Sune Luus went for a duck, unable to add to the 86 she made against India as South Africa slipped to 19/3 in 7.3 overs.

Mignon du Preez fell not long after before Tazmin Brits gave Ecclestone her first wicket and South Africa slumped to 47/5 in just 18.5 overs. Chloe Tryon and Marizanne Kapp combined for a 65-run partnership as the latter went on to make 52 off 60 balls and was the last of South Africa’s nine dismissals as they huffed and puffed their way to a modest 138.In reply, Tammy Beaumont and Lauren Winfield-Hill (14) added 26 for the first wicket before captain Heather Knight came in to make just five off 16 deliveries. Beaumont eased her way to 35 off 45 balls prior to being dismissed with a misjudged attempt at a drive down the ground.Vice-captain Nat Sciver reached 33 not out before retiring hurt in order to make way for Danni Wyatt to get some time in the middle. Wyatt was there to hit the winning runs alongside Sophia Dunkley as England chased down the target with 8.4 overs to spare.England’s title defence in the Women’s Cricket World Cup will begin from March 5 against Ashes rivals Australia at the Seddon Park in Hamilton.
Brief Scores: South Africa 138/9 in 35 overs (Marizanne Kapp 52, Chloe Tryon 27; Sophie Ecclestone 3/23, Anya Shrubsole 2/18) lost to England 139/4 in 26.2 overs (Tammy Beaumont 35, Nat Sciver 33; Ayabonga Khaka 2/8; Masabata Klaas 1/19) by six wickets.