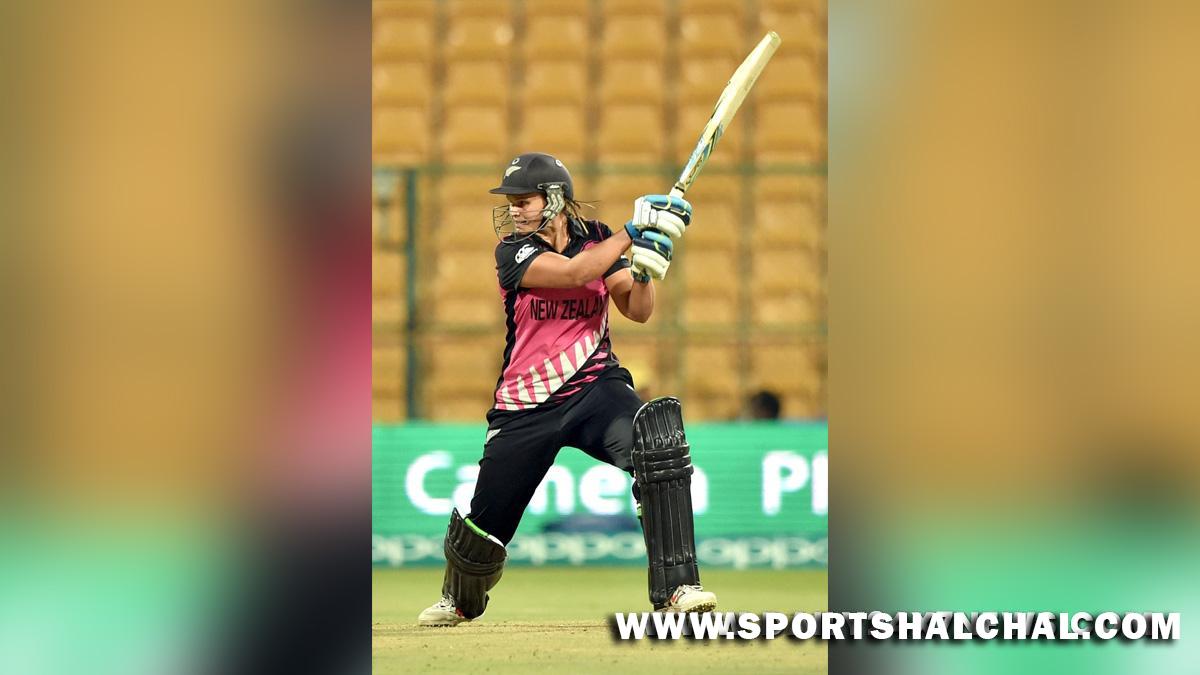 Dunedin : Veteran New Zealand batter Suzie Bates smashed an unbeaten half-century against Bangladesh on her home ground to help the home side to a nine-wicket victory in a rain-affected clash of the ICC Women’s Cricket World Cup in overcast Dunedin on Monday.Playing in her maiden international game at the University Oval, despite it being her home ground, 34-year-old Bates pummelled the Bangladesh bowlers in her unbeaten 79-run essay off just 68 balls as the White Ferns surmounted the opponents’ target of 140 with seven overs to spare.This was the White Ferns’ first victory in the tournament after they lost the nerve-wracking opener against the Stafanie Taylor-led West Indies by just three runs on March 4.

The 34-year-old Bates used all her experience and guile in a match that was reduced to 27 overs each side, scoring her 79 with the help of eight fours to ensure the White Ferns chased down their opponents score of 140/8 with 42 deliveries remaining.The win sees the side rise to third on the standings behind India and South Africa, while Bangladesh remain winless from their two matches and are seventh.Bates’ half-century was her 28th in ODIs and she also became just the sixth batter to score 1,000 runs in Women’s World Cup matches when she found the boundary late in her innings. The New Zealand opener received support from her teammates, with star all-rounder Amelia Kerr (47 not out) making up for a rare Sophie Devine (14) failure to ensure the hosts returned to winning ways.

Earlier, vice-captain Amy Satterthwaite’s crucial spell of 3/25 from five overs ensured Bangladesh could not build on the strong platform that was provided to them by openers Fargana Hoque (52) and Shamima Sultana (33).The pair put on 50 without loss for the second consecutive time at the tournament for Bangladesh and it wasn’t until Frances Mackay (1/24) intervened to make the initial breakthrough when the score was on 59.Lea Tahuhu held on to a tough outfield chance to dismiss Sultana, before Satterthwaite was introduced into the attack and picked up two wickets in an over to help slow the run rate.Hoque then fell run out after some clever work from Mackay in her follow through and the hosts picked up a handful of late wickets to ensure the required total was not too lofty.Spinner Salma Khatun (1/34) bowled Devine to give Bangladesh some hope, but it was all in vain as Bates and Kerr guided the Kiwis home with ease.
Brief scores: Bangladesh 140/8 in 27 overs (Shamima Sultana 33, Fargana Hoque 52; Amy Satterthwaite 3/25) lost to New Zealand 144/1 in 20 overs (Suzie Bates 79 not out, Amelia Kerr 47 not out) by nine wickets.