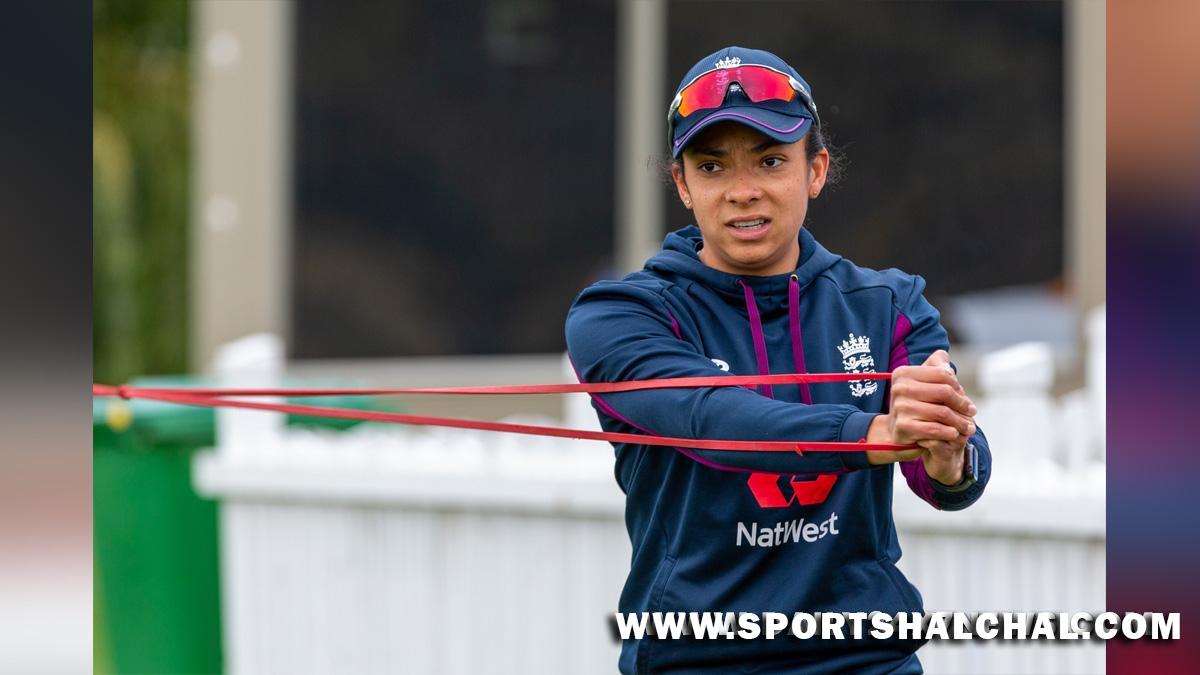 Christchurch: England batter Sophia Dunkley on Wednesday said her team is aware of facing a lot of spin bowling from Pakistan ahead of their league match at Hagley Oval. Defending champions England were on the verge of an early exit from the ICC Women’s Cricket World Cup after losses to Australia, West Indies and South Africa.But wins against India and New Zealand have brought their campaign back on track. Now, to get into the semifinals, England will have to win their matches against Pakistan and Bangladesh to enter the last four stages.”I think Pakistan’s bowling attack was really good. They have got a lot of good spinners in their attack. We know there’s going to be a lot of spin coming our way. So, it’s just playing that well as best as we can with the bat and putting in a good performance against them. But they’ve obviously come off with great win, so it will be challenging I’m sure,” said Dunkley in the pre-match virtual press conference.Dunkley feels that playing at Hagley Oval, the venue for first semifinal as well as the final of the tournament, will add up as motivation to reach the knockout stages.

“We love it here at Christchurch. We played here a year ago in an ODI, and it’s a great ground and pitch looks nice and the nets were really good as well. Being here and look at the outfield and everything, it’d be great to be here in a week and a half time and I have to visualize that as well. Definitely really good motivation for that.”Dunkley, who has contributed with good number of 30s with the bat, said that the experience of playing every match in the ongoing tournament as a do-or-die affair since the first three losses is helping them.”The last two games were almost like semi-finals in themselves for us because, had we lost, it would have put us in a terrible position. Having those experiences and those feelings will be great and hopefully, we can get a couple more wins that aren’t as nerve-wracking or aren’t as close, but it is good to have that experience for sure.”Dunkley signed off by expressing her wish to finish matches and secure a win for England with the bat. “It’d be finishing games off and just getting that win clinically done. At the end of the day, we’ve lost a few wickets later on in the game and it puts a bit of pressure. So, having it better that after that, at the end, we’re definitely dealing with a lot of good. So, definitely finish few more games going forward.”