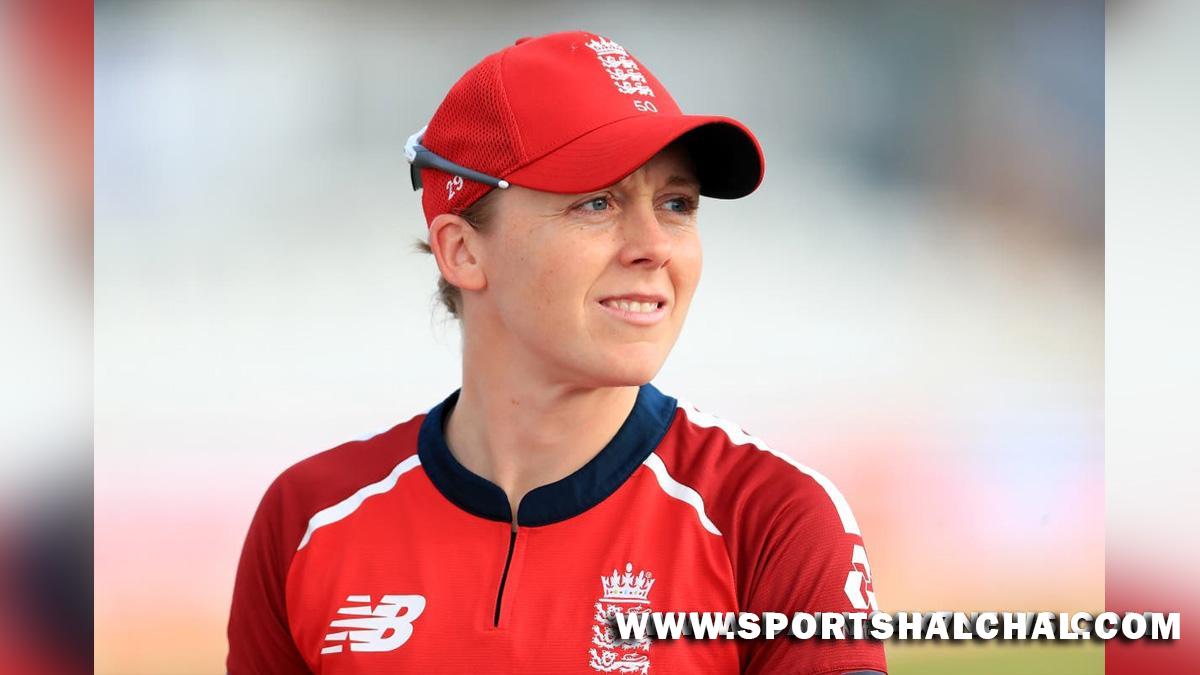 Christchurch : England captain Heather Knight on Thursday termed her team’s win over Pakistan in the ICC Women’s Cricket World Cup as a ‘complete performance’.With a nine-wicket win over Pakistan at Hagley Oval, the defending champions have now put themselves on course for reaching the semifinals, moving ahead of India on the basis of net run rate in points table.The win was set up by veteran pacer Katherine Brunt and left-arm spinner Sophie Ecclestone sharing six wickets between themselves, followed by opener Danni Wyatt making an unbeaten 76.”This was a complete performance. Really pleased with how we have done today. Bowlers exploited the green on the surface. Brunt bowled well and she returned to form. She’s put a bit of work in her action and made sure everything is right. It was only time before a player like her rose and came back to form,” said Knight after the match.Knight further said that England were told to focus on making the most out of the matches left in their campaign after suffering three losses on the bounce.

“Diana (Baig) bowled outstandingly and threatened the outside edge.If we would have batted first, we would have batted carefully to post 270. After the start we had, we just had to remind the girls that it is not how you start but how you finish those matters.”Pakistan skipper Bismah Maroof was made to rue the run-outs of herself and Omaima Sohail in the batting, which resulted in them being bowled out for just 105.”I think two run-outs in the top order damaged us. If we could have stayed in, we could have batted more and played 50 overs, which would have given bowlers more to defend.”Maroof heaped praises on Pakistan’s bowling but has demanded change in attitude of the batting order. “Our bowling is our strength, so we believe we can take wickets of any team. That’s why we like to bowl first and chase. Our batting approach has to be changed and we are talking about that.””We have hitters who can play shots. It’s just about applying us. Diana Baig was brilliant, Fatima Sana was brilliant in the previous game and I hope she comes well in the next.”

IPL 2022: Rajasthan Royals’ Coulter-Nile and Mitchell aiming to excel in their new colours