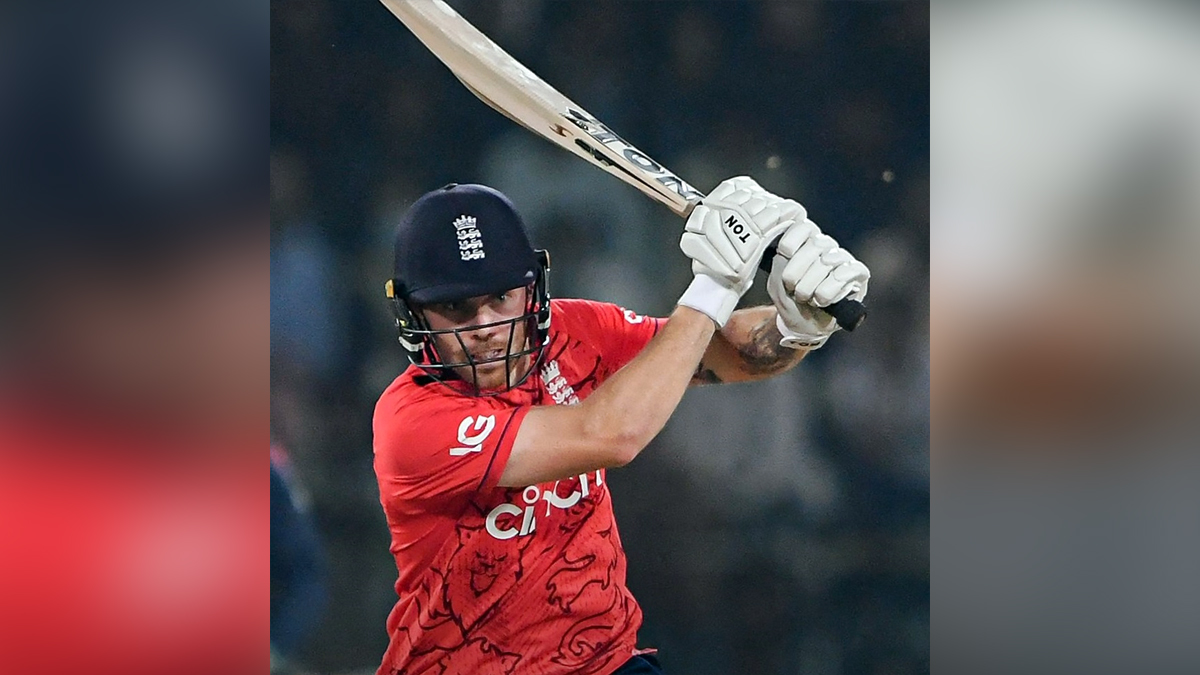 Lahore : Phil Salt smashed an unbeaten 88, at a strike rate of 214.63, as England cruised to an eight-wicket victory with 33 balls to spare in the sixth game of the seven-match T20I series against Pakistan here on Friday.

The win helped the team, led by stand-in skipper Moeen Ali, level the series 3-3 and turns Sunday’s encounter into a final before the two sides depart for Australia to finalise their preparations for the ICC T20 World Cup that commences on October 16.

Salt, vying for an opening berth alongside regular skipper Jos Buttler, had failed to fire in the series, but looked in sublime form on Friday as England reached the inning total of 170 with ease.

The England openers were sensational in the powerplay, thrashing the Pakistan bowlers all around the park and had accumulated 50 by the end of the third over with Salt on 26 (10 balls) and Alex Hales having blasted 23 runs off just eight balls.

The introduction of Shadab Khan in the fourth over promised to turn the run chase on its head as the leg-spinner removed Hales on the fifth ball of the over that gave away only five runs, but Salt was unstoppable at the other end and dispatched Mohammad Nawaz for three fours and a six in the fifth over.

Malan then got two boundaries off Mohammad Wasim Jr in the sixth over one off the edge and the other through a beautiful drive through covers as England finished the powerplay with 82 for one, according to PCB.

Salt’s assault continued as he reached 50 in only 19 balls on the second ball of the seventh over after having thwacked Aamir Jamal, the hero of the previous T20I, for a four through covers on the previous ball. With Malan providing support from the other end, Salt continued his onslaught.

Malan was LBW in the 10th over off Shadab with England just 42 runs away from the target.Ben Duckett, who has had a phenomenal series with the bat but couldn’t fire in the last match, ensured England’s run-rate never dropped and made 26 not out from just only 16.

Salt finished with 13 fours and three sixes next to his name in his undefeated 41-ball innings.Earlier, despite a bad start to their innings with debutant Mohammad Haris and Shan Masood out by 3.2 overs, Pakistan, courtesy an unbeaten 87 at a strike rate of 147 from Babar Azam, posted a respectable 169/6.

If Adam Gilchrist, Kumar Sangakkara could do it, why can’t KL Rahul, asks Salman Butt…

FIFA World Cup : We can score goals, but as a defender, I’ll take 1-0 against France…