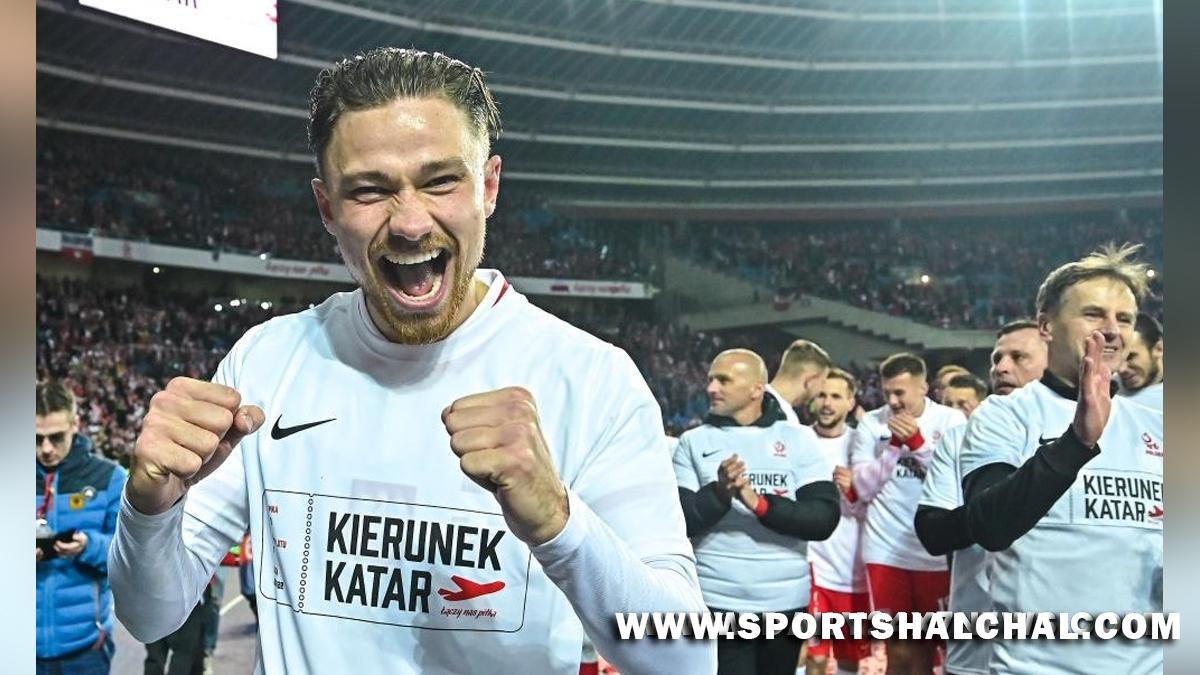 Warsaw : Poland qualified for the FIFA World Cup for the ninth time in history and for the second time in a row after defeating Sweden 2-0 at home in the playoff. Captain and Bayern Munich forward Robert Lewandowski opened the scoring for the home team with a penalty in the 49th minute, and midfielder Piotr Zielinski made it 2-0 after a defensive error in the 72nd minute.”Bravo WHITE-RED! POLAND goes to QATAR with its head held high! Great success after a very good game! A well-deserved victory! PRIDE! Thank you!!!” Polish President Andrzej Duda tweeted his excitement after the game on Tuesday night.Senegal too qualified for the World Cup for the third time in their history and for the second time in a row after defeating Egypt on penalties in their playoff.Having lost the first leg 1-0, Senegal won the second leg by the same scoreline thanks to a goal from Boulaye Dia.

With both teams unable to score a decisive goal, the match went to penalties where Senegal prevailed 3-1.Senegal had also beaten Egypt on penalties to win their first-ever Africa Cup of Nations in February.Meanwhile, Algeria failed to qualify for the World Cup after losing 2-1 to Cameroon. Karl Toko Ekambi’s goal for Cameroon in stoppage time killed the hopes of Algeria, who were just minutes away from qualification after Ahmed Touba scored in the 118th minute to cancel out a first-half goal by Bayern Munich forward Eric Maxim Choupo-Moting.Algeria had won 1-0 away in the first leg four days ago in Douala, but missed the ticket to Qatar on away goals after a 2-2 aggregate draw.Cameroon join Ghana, Senegal, Morocco and Tunisia in representing Africa at the 2022 FIFA World Cup.