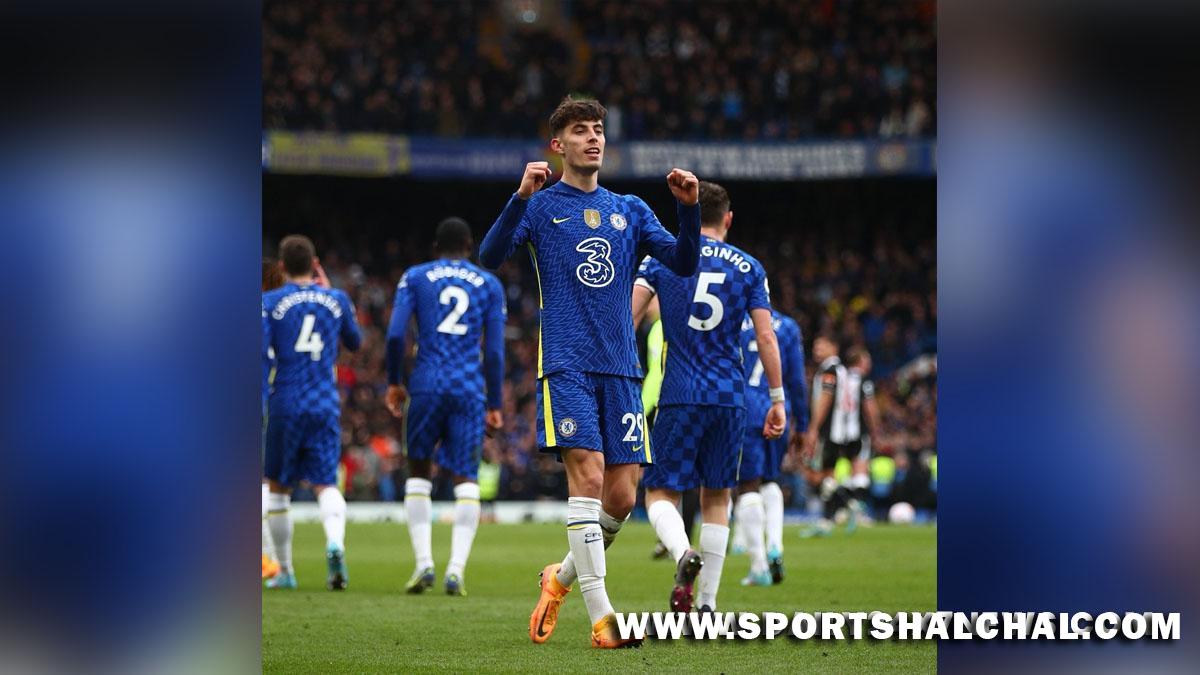 London : Kai Havertz scored a last-minute winner as Chelsea defeated Newcastle United at the end of an evenly-contested game at Stamford Bridge here on Sunday.The Blues were playing at Stamford Bridge for the first time since Roman Abramovich decided to sell the club following Russia’s invasion of Ukraine. Chelsea managed to secure their fifth straight league victory with a brilliant finish.The win took Chelsea to 59 points from 28 matches and they remained in the third position in the league. Newcastle, who suffered their first loss in 10 games, were 14th with 31 points from 28 matches.Chelsea had been left frustrated for much of the match as Newcastle United’s hard-working approach limited their ability to create notable opportunities. Edouard Mendy made the only save of a feisty but fruitless first half, palming away from Almiron in stoppage time, while the hosts were limited to efforts sent high or wide, according to a report on Chelsea’s official website.

There was little change after the break, with Havertz spearheading Chelsea’s attacking efforts and sending a header straight into the gloves of Martin Dubravka.As it looked like the points would be shared and a first goalless draw in almost a year seemed inevitable, the 22-year-old fired in his 11th goal of the season breathtakingly.Taking a pass from Jorginho with a silky first touch, the German finished emphatically with his second and wrapped up the win for a Chelsea side now 11 points clear of fifth place in the Premier League.Meanwhile, in other matches, Everton suffered a 0-1 defeat against Wolverhampton Wanderers while Leeds United got the better of Norwich City 2-1.Watford recovered from two successive defeats to beat Southampton 2-1 as they continued their battle to climb out of the relegation zone. West Ham United defeated Ashton Villa 2-1 in another match.