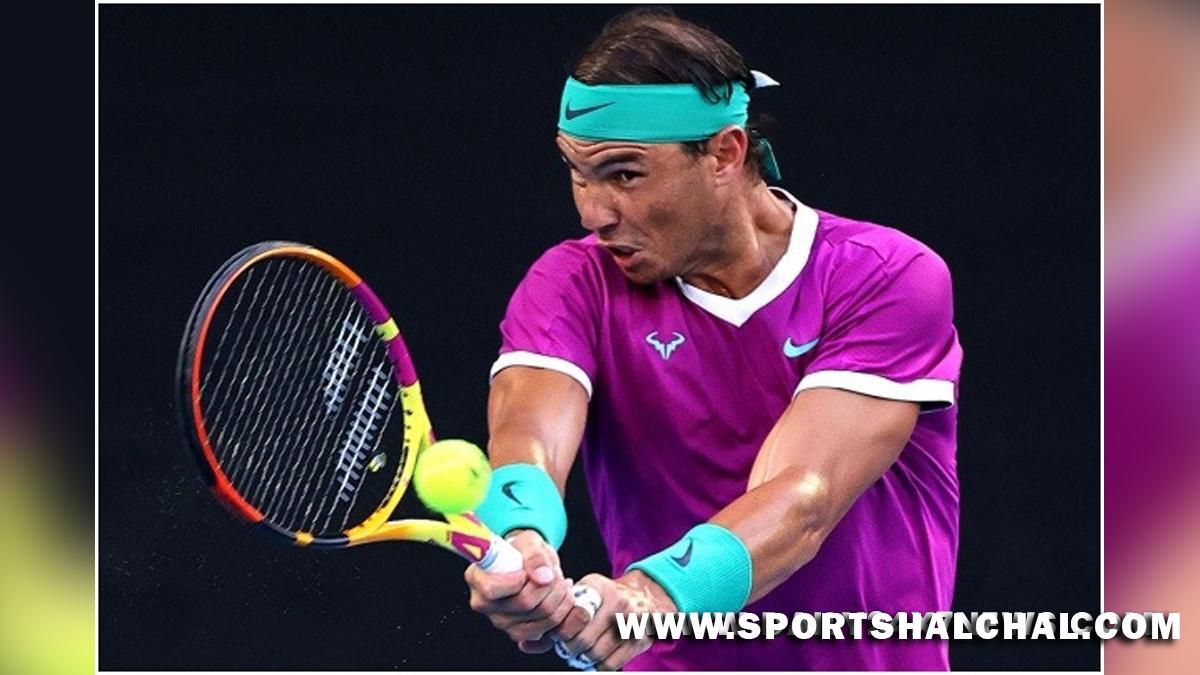 Indian Wells : Three-time champion at Indian Wells, world No. 4 Rafael Nadal, will get the opportunity to bag a fourth title here when he plays American Taylor Fritz in the final after the Spaniard defeated country-mate Carlos Alcaraz 6-4, 4-6, 6-3 in the BNP Paribas Open last-four on Sunday (IST).Home favourite Fritz eliminated seventh seed Andrey Rublev of Russia 7-5, 6-4 to set up a title clash with the Spanish stalwart.The 18-year-old Alcaraz showed why he is the future of tennis, giving Nadal a tough time in the three hours and 12 minutes contest played in heavy winds. It will be Nadal’s fifth final appearance at Indian Wells.”I am super happy to be in the final,” Nadal was quoted as saying by atptour.com. “It means a lot to me, and I’ll just keep going.” Nadal is off to a personal-best 20-0 start to the season with titles at a Melbourne ATP 250, the Australian Open and Acapulco (Mexico). If the fourth seed defeats Fritz in the title clash, he will tie Novak Djokovic for the most ATP Masters 1000 titles in history with 37.”I took it like another semifinal match.

He’s (Alcaraz) not a young player that is 100 in the world and is coming. He is a top player already, so I treated it like that, playing against one of the best players in the world,” Nadal said. “It doesn’t matter if he’s young or not, he’s a great guy, an amazing player and he has a fantastic future. I treated it like this, just tried to go on court, try my best and accept all the challenges. I am through and it was a very important victory for me.”The 35-year-old Nadal earned the decisive break at 4-3 in the final set when he smashed a huge forehand and then rushed to the net to put away a forehand volley. It allowed him to finally overcome the teen’s resistance.”The wind slowed down a little bit, and then I knew I needed to do something because in the second, everything was so difficult. If I went to the net, then it was so difficult to manage with the volleys,” Nadal said. “When the wind stopped a little bit, I thought I needed to play aggressive, because if not, Carlos was going to go for the shots and then it was going to be in his hands.

I tried to play more aggressive, it worked well.”Meanwhile, 20th seed Fritz became the first American man in Indian Wells final since 2012 following his semifinal win over Rublev.”It’s just unreal, really. It doesn’t even seem real. I’m just trying to take in the moment, regroup and come back tomorrow for the final,” Fritz said in his on-court interview. “But it’s a dream come true.”Fritz is the first man from his country to make the Indian Wells championship match since John Isner in 2012.”Today I definitely played my best match of the tournament so far. I was so much more aggressive from the ground and so much more solid (with) my groundstrokes, whereas (in) other matches I was maybe playing a bit safer,” Fritz said. “I really tried to take it to him and impose my game today. I did it well, so that helped a lot.”If Fritz defeats Nadal here, he will become the first American man to lift the Indian Wells trophy since Andre Agassi in 2001.