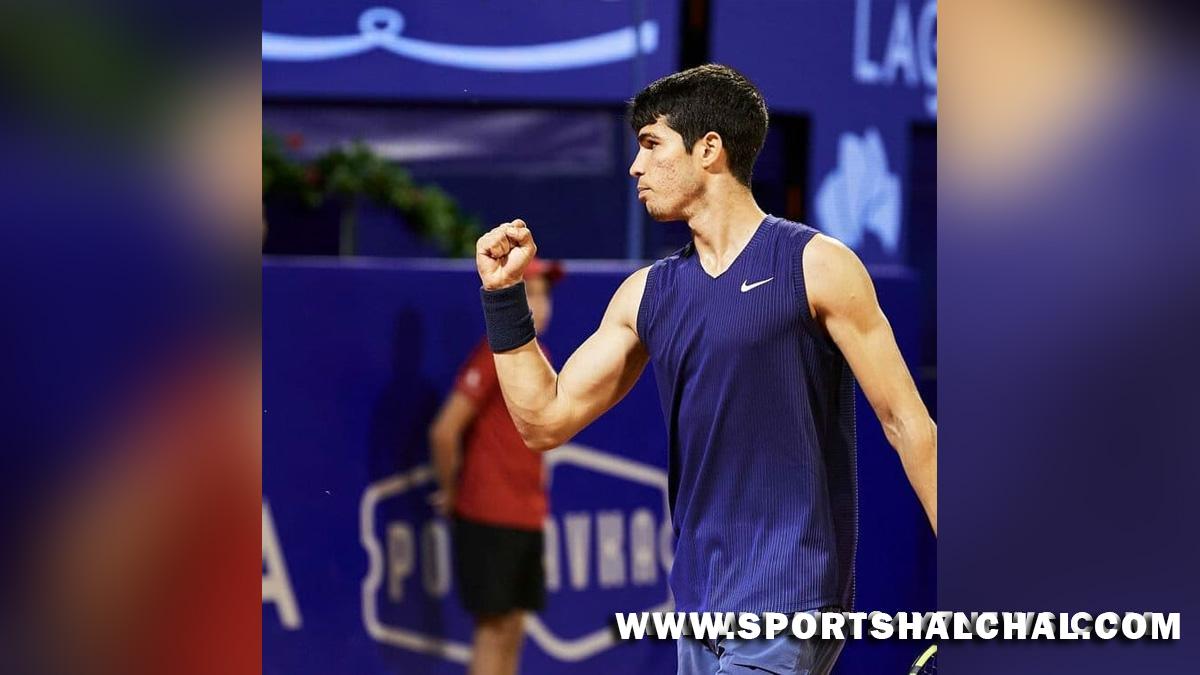 Rio de Janeiro : Spanish teenager Carlos Alcaraz made history, becoming the youngest ATP 500 titlist since the category was created in 2009, defeating third-seeded Diego Schwartzman of Argentina 6-4, 6-2 on Monday (IST).Interestingly, Alcaraz had won his first ATP Tour match as a 16-year-old at the Rio Open two years back. It is the second tour-level title in the teenager’s career following his breakthrough in Umag last year.”I can’t believe it, honestly. It has been a great week for me playing a great level,” Alcaraz was quoted as saying by atptour.com.”First tournament on clay since a long time, so I’m really happy with the performance during the whole week. It’s an amazing feeling right now.”When the Spaniard had stunned countryman Albert Ramos-Vinolas in Rio two years ago, he was No. 406 in the ATP Rankings but with the title triumph, the teen is expected to move into the ATP top-20 for the first time.Alcaraz overwhelmed the world No. 14 Schwartzman with his power and gritty play, winning 12 of the final 16 games. He also converted five of his six break points in the match.

Alcaraz employed a lot of power and used tactical drop shots at the net to finish the job.”I think this is my game. It’s a lot of variety. It’s the key (to how) I won the match,” Alcaraz said. “I know how Diego (Schwartzman) plays and this was really important for me.”It was an impressive week from Alcaraz, who lost his first set of the tournament on February 15 against Jaume Munar of Spain by a 6-2 margin. But after that, the teenager played sensational tennis to excel on the South American clay.
Schwartzman, who lifted the Rio trophy in 2018, was pursuing his fifth ATP Tour title.”I think the South American clay season gives me a lot of confidence, points and rhythm,” Schwartzman said. “After Australia (Australian Open), I went back home not feeling very well. Physically I finished not in the best way in the first tournaments of the year. But then I made the semifinals and two finals in South America, losing against I think the best opponents every tournament.”

The main boys are not here but we have a new bunch with new energy : Hardik Pandya…