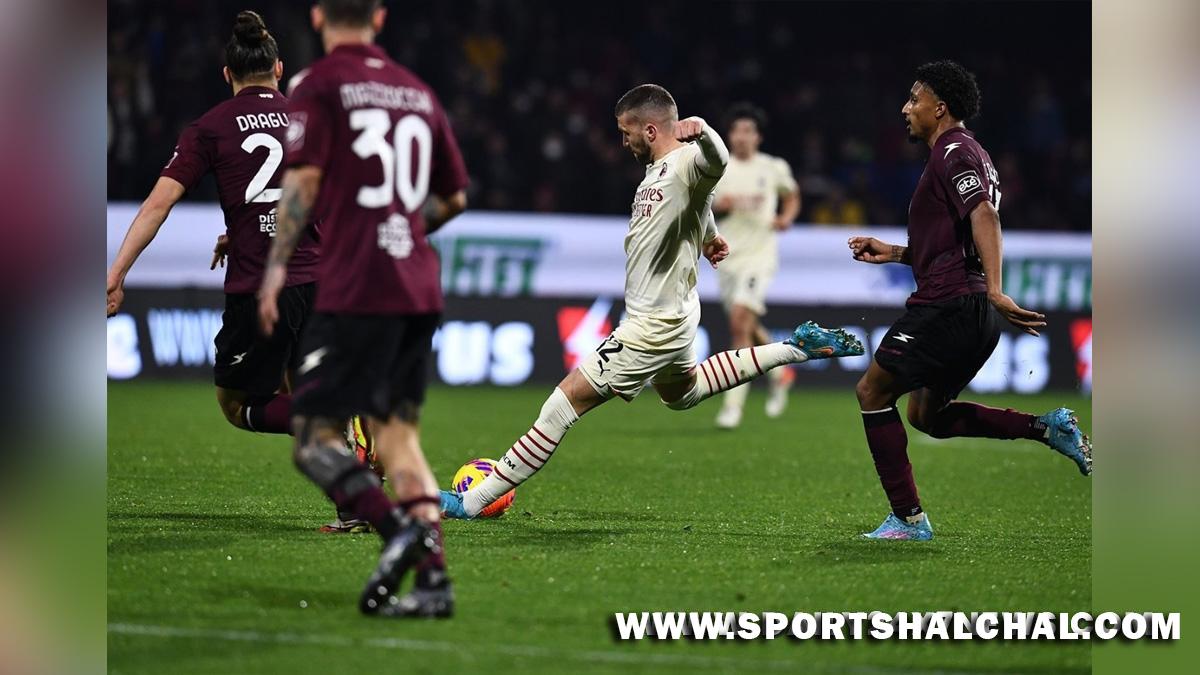 Rome : Ante Rebic’s equaliser rescued AC Milan from suffering an away defeat against bottom-placed Salernitana in Serie A, as the Rossoneri just scraped one point after a 2-2 tie with the relegation-battlers.It was a clash between top and bottom sides on Saturday night and Milan broke the deadlock just five minutes into the game when Theo Hernandez’s smart pass found Junior Messias to finish with a low strike.The home side got back on level terms in the 29th minute in a spectacular fashion when goalkeeper Mike Maignan failed to punch the ball away, and Federico Bonazzoli found the net with an overhead kick.Salernitana turned around the game in the 72nd minute when Pasquale Mazzocchi rolled across from the right, Milan Djuric beat Maignan with a diving header, Xinhua reports.

Milan responded quickly as Rebic who just came off the bench collected the ball out of the box and hit in a missile directly.With the tie, AC Milan still lead the table with 56 points, but only two ahead of Inter Milan who have a game in hand.Also on Sunday, a pair of strikes from two starlets Cristian Volpato and Edoardo Bove helped Roma avoid a home defeat as the Giallorossi battled from 2-0 down to share the spoils with Hellas Verona at 2-2.Elsewhere, veteran Fabio Quagliarella amassed his 100th goal in Sampdoria jersey by bagging a brace, helping Samp dominate Empoli 2-0.

Serie A : Napoli run away after comfortable win over Salernitana