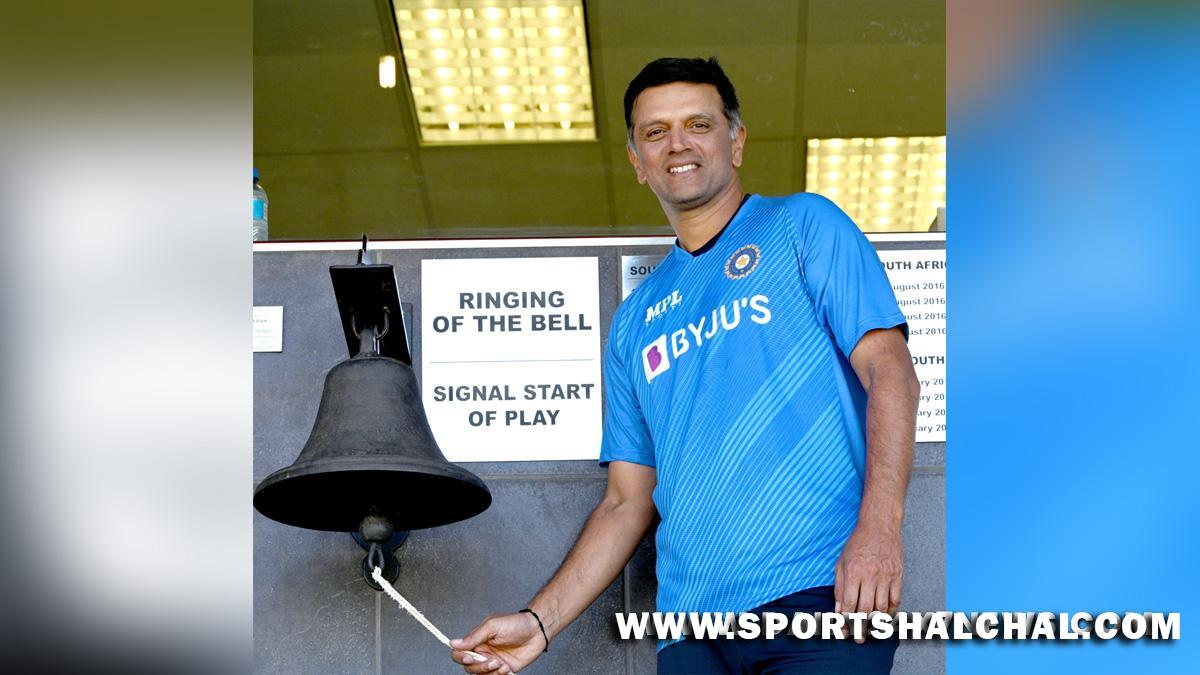 Centurion (South Africa) : India head coach Rahul Dravid had the honour of ringing the bell at the SuperSport Park in Centurion before the start of day four in the first Test match against South Africa on Wednesday.The Board of Control for Cricket in India (BCCI) shared the photograph of Dravid, himself a former India captain, ringing the bell at the venue. “Just SuperSport Park traditions. Head Coach, Rahul Dravid rung the bell before start of play on Day 4. #TeamIndia #SAvIND,” tweeted the BCCI.In cricket, ringing the bell before the start of a cricket match, especially a Test match, is a matter of great honour for a former international cricketer or sometimes, eminent people from other fields.

The customary bell tradition, done for five minutes, has found place at the Lord’s Cricket Ground in London since 2007 and Eden Gardens in Kolkata since 2016.Coming to the match, Virat Kohli and Cheteshwar Pujara took India’s lead to 209 runs at lunch on day four. At lunch, India are 79/3 in 32 overs with Kohli (18 not out) and Pujara (12 not out) being the unbeaten batters in a session where the tourists scored 63 runs for the loss of overnight pair KL Rahul (23) and Shardul Thakur (10).