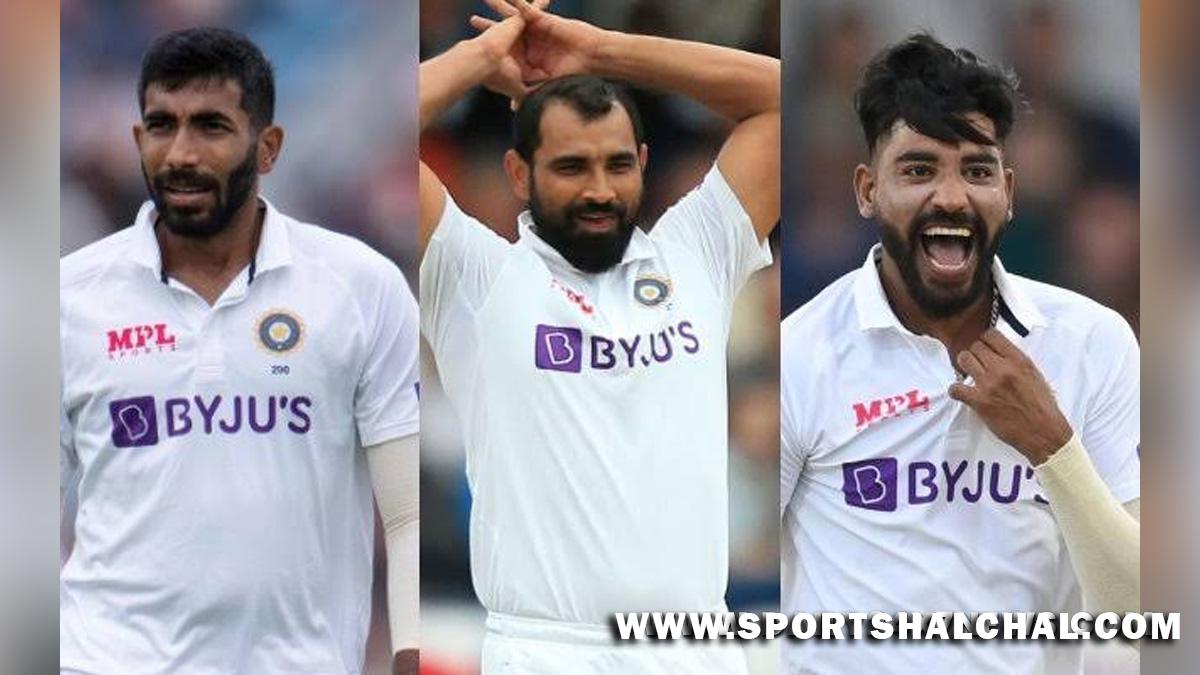 Centurion (South Africa) : Since 2018, India’s pace bowling stocks have been on an unprecedented upswing.The emergence of Jasprit Bumrah in Test cricket and forming a formidable new-ball partnership with Mohammed Shami has been the bedrock of India doing well in overseas Tests. In Centurion, it was no different.When Bumrah didn’t bowl much in the first innings, Shami stood up with 5/44 to bowl out South Africa for 197. In the second innings, Bumrah and Shami combined to strike with crucial breakthroughs, especially of South Africa captain Dean Elgar, to seal India’s first-ever Test win at SuperSport Park.Having a fast bowling attack featuring such fiery pacers meant KL Rahul understandably saying the Indian team is lucky to have them despite them scaring their batting team-mates in training sessions.

“It is a very good thing. But playing in the nets against them is a lot more difficult because for batsmen like me and some others, we don’t enjoy playing that much in the nets. There, these guys keep us scared and don’t consider us as team-mates when facing in the nets,” said Rahul in the virtual presser after India won by 113 runs.”They are very, very competitive players and we are very lucky to have such quality in our bowling line-up. There are two to three people who are sitting outside and have proven themselves as terrific fast bowlers, Ishant (Sharma) and Umesh (Yadav). Also, we have great bench strength as well. It is a very positive sign for Team India that we have got so many fast bowlers,” added Rahul.

Bumrah has been a relentless force to reckon with in Test cricket. On day four, he produced two pearls which left the cricketing world gushing. Against Rassie van der Dussen, Bumrah got one to come in viciously from outside the off-stump and eventually crashed into the off-stump, leaving the right-handed batter, who shouldered arms in expectation that it wouldn’t touch the stumps, shell-shocked.On the final ball of the day, Bumrah produced a laser-sharp yorker to get the better of Keshav Maharaj. On day five, Bumrah toiled hard to see the back of a defiant Dean Elgar with the one coming in after pitching and keeping low to trap the left-hander plumb in front of the wickets. Rahul, seeing all the action from the slip cordon, expressed his willingness to watch Bumrah from that position till the time Bumrah is turning out for India.

“I would love to be there till Jasprit Bumrah is playing cricket. That’s the best position to be in. Not just Jasprit, I think him and Shami yesterday were really cranking it up. They bowled with a lot of heart and had their speeds up. They were running in really hard and in hitting the deck, there was a bit of help in the pitch, which got them even more excited. Slips or mid-on and mid-off is a great position to be in when Shami or Siraj and Bumrah are bowling. So, I would love to stay there.”Shami, with his upright seam position, was as deadly as Bumrah, finding slightest of away movement to take out batters with faint outer edges apart from getting bounce and getting some to jag back in.”Talking about Mohammed Shami, he has been putting in a lot of performances like this in the last 3-4 years. He’s been a really key bowler and a very strong player for us who’s done really well in all conditions. This year has been special and hopefully, he can keep getting better and do the same thing in 2022,” was all Rahul could say about Shami. Truly, India are lucky in having a bevy of fiery pacers.