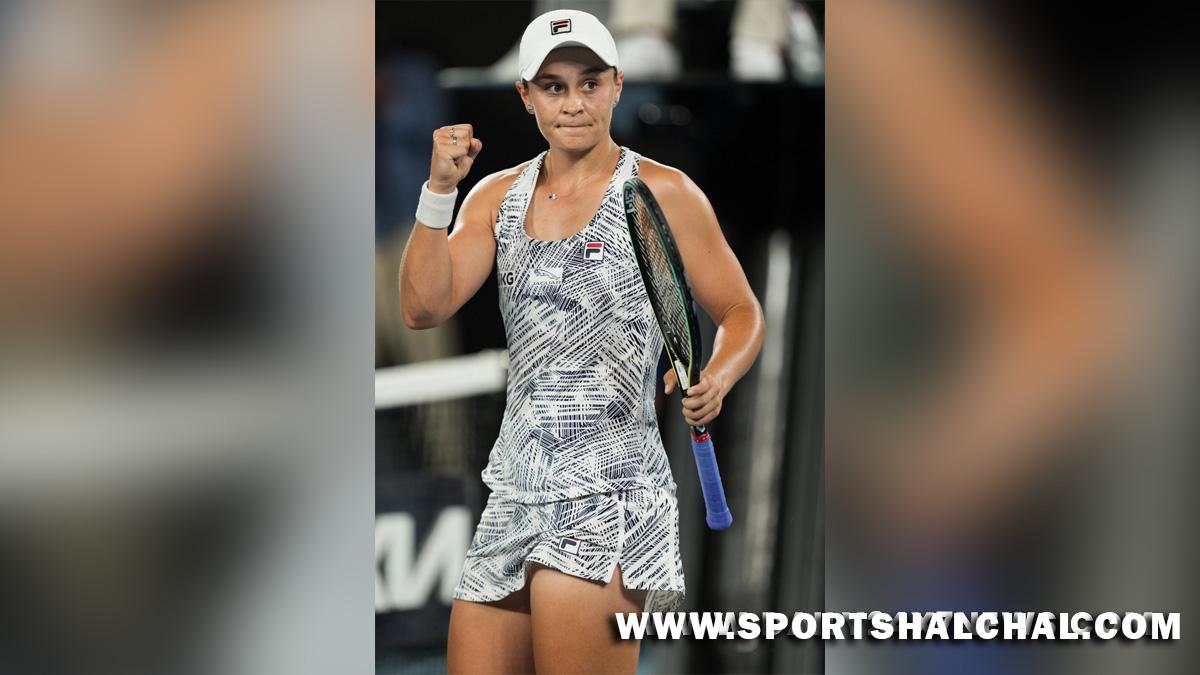 Sydney : The winner of three Grand Slams Ashleigh Barty, who announced retirement on Wednesday, has ruled out her comeback after announcing shock retirement.In response to a question about the prospect of making a comeback, the 25-year-old Australian said, “Well, you never say never, it’s a long way off.”Barty also hinted at a role with junior tennis in her home country, saying that ‘seeing the smiles’ of the faces of younger players taking up the sport had reminded her ‘of why I started playing’.When asked if that meant she would have a formal position with junior tennis, Barty smiled and said she had ‘no details to share as yet’.The three-time Grand Slam winner indicated she was more interested, however, in giving back to society and in particular other Indigenous Australians.”That’s just a goal and a dream of mine, to be able to give back to the sport that has given me so much,’ she added. Obviously young girls and juniors is an area that I’m really interested in.

Yeah, down the track I’m hoping I’ll be able to contribute in some way,” Barty was quoted as saying by metro.co.ukWomen’s tennis No1 Barty has hinted she could take up another sport professionally following her shock retirement. The 25-year-old played cricket to a high level during a previous break from tennis, competing in the Women’s Big Bash.”I have always been an athlete in terms of trying different things, so we’ll see how we go,” said Barty who urged people to “wait and see”.”I have always wanted to have the time to contribute more in other ways and now I have that opportunity,” she said. “That is what lights me up inside.”Barty said she no longer felt motivated enough to dedicate herself to the game, having achieved her main goals and still felt a lack of fulfilment.Coach Craig Tyzzer said he had not been surprised by Barty’s decision. “Ash does her own thing,” he said.”I think it is the right time. She won the Aussie Open for everyone and I don’t think there’s anything left in the tank for her.”