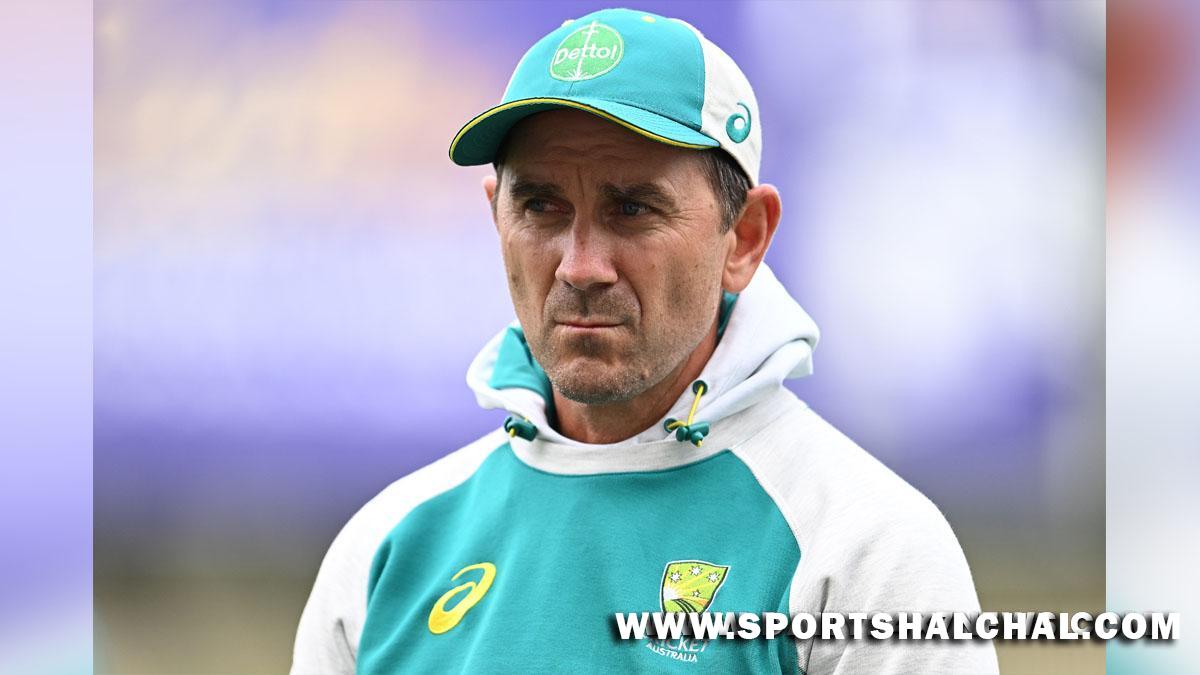 Sydney : Australian cricket team head coach Justin Langer resigned from his post on Saturday, unhappy with the short-term contract extension offered by Cricket Australia (CA) after a marathon seven-hour board meeting.Following the 51-year-old former Australian opener turning down the offer of a short-term contract extension, former all-rounder Andrew McDonald was installed as interim head coach.Langer’s fate had been hanging in a balance for the last six months, and while he later guided Australia to its maiden ICC T20 World Cup title triumph in the UAE in November last and helped them win the Ashes 4-0 recently, CA only offered him a short-term contract extension.On Saturday, the 51-year-old’s management group confirmed their client had resigned “effective immediately”, which means he will not serve his full term till June 2022 and will not travel with the Australian team for the Test and One-day International (ODI) series in Pakistan in March-April.A report in cricket.com.au said on Saturday that Langer had spoken with CA officials on Friday night “after his future was discussed at length at a seven-hour board meeting earlier in the day. Cricket Australia (CA) later revealed that Langer had been offered a short-term contract extension, which he rejected.”

“Cricket Australia has accepted men’s team head coach Justin Langer’s resignation, which was received today,” a CA statement read. “Justin was offered a short-term extension to his current contract, which sadly he has opted not to accept.”CA would like to thank Justin for his outstanding leadership since he became Australian men’s team coach in 2018 and for guiding the team to the T20 World Cup title last year and the 4-0 Ashes victory. Justin is not only a legend of the game but an outstanding individual,” the statement added.”The contract extension offered to Justin was the result of a thorough review process that evaluated many factors including future requirements of the team and the upcoming extensive schedule of fixtures. The extension was approved by the CA Board and was put to Justin last night (Friday). It included the opportunity to defend the T20 World Cup title in Australia at the end of this year.”Justin informed CA this morning (Saturday) he was not accepting the offer and would resign with immediate effect.”Langer reportedly had an uneasy relationship with some players in the squad, and things came to a boil following Australia’s away defeat to Bangladesh in a T20I series last year. The Cricket Australia management and the Australian cricket team leadership group had to sit down to resolve the crisis.

The issue first came in public domain when Australian cricketer of Pakistan origin Usman Khawaja told a documentary in 2020 that, with Langer the players were “intimidated” and “walking on egg shells”. The matter came to a boil in August when Aaron Finch, former Test skipper Tim Paine and current Test captain Pat Cummins met with CA’s top brass to raise further concerns.”Last month, Australia returned to the No.1 ranking for Test cricket, marking the second time they had gone back to the top under Langer’s watch. But the longer the summer went on it became clearer players were not willing to publicly endorse an extension of the coach’s contract beyond its expiry date in June,” the report said.”Justin has been an outstanding coach of the Australian men’s team over the past four years,” CA CEO Nick Hockley said in a statement. “He has restored the trust in the team and his legacy is assured. We are extremely proud of his achievements since he took over in 2018, including the recent T20 World Cup victory and Ashes success. We are naturally disappointed Justin has decided against continuing as coach but respect his decision and wish him all the best in the future. I would like to sincerely thank Justin and also his family for all that they have given to Australian cricket over the past four years, for which we remain eternally grateful.”