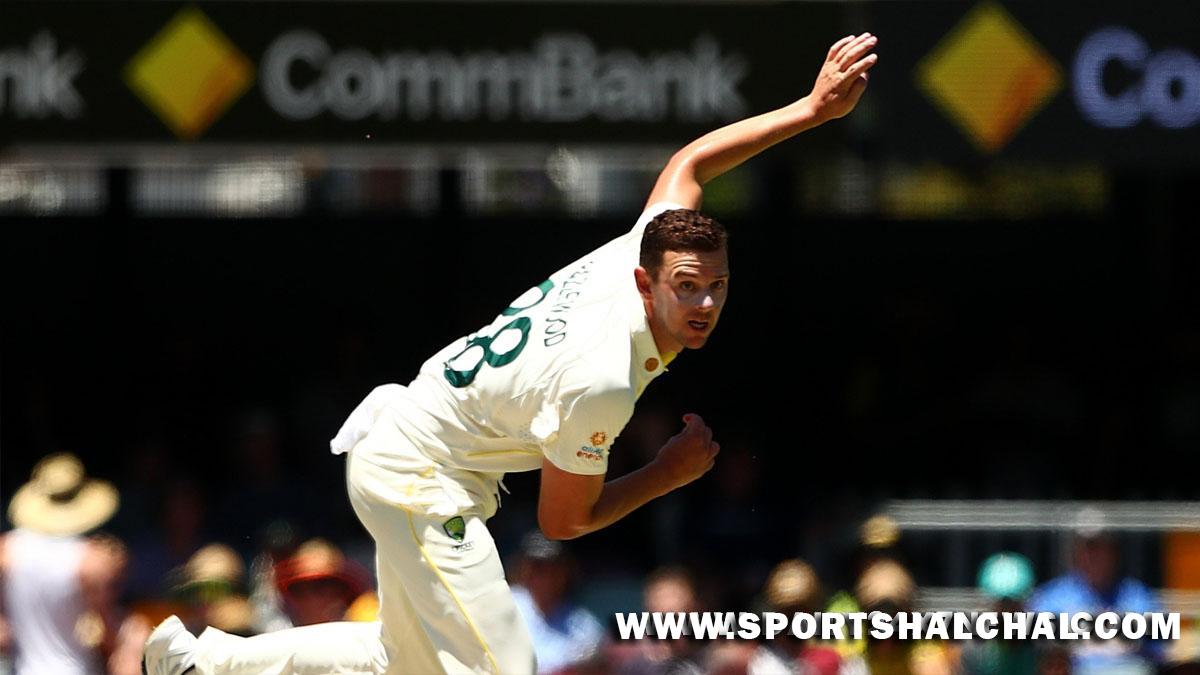 Sydney : Australian pace bowler Josh Hazlewood said on Wednesday that the side strain, which kept him out of the last four Ashes Tests, was an “unusual” one and kept him on tenterhooks before every match selection.Hazlewood was sidelined with a side strain after playing a stellar role in the opening Test at The Gabba (Brisbane), which the hosts won by nine wickets.The 31-year-old bowler is now looking forward to the five-match T20I series against Sri Lanka beginning February 11.”That (selection) carrot was dangling there throughout the whole summer. If I’d had a normal (side strain), a big injury and you know you’re going to be out, then you can deal with it all at once. But it just kept teasing, kept teasing, I might be able to play this one, I might be able to play that one,” Hazlewood told cricket.com.au on Wednesday.Hazlewood said that the nature of the injury, where he thought he could recover quickly to take the Ashes workload, was made worse by a “false sense of confidence”.”I’ve certainly had a typical side strain, where you tear your oblique (muscle), you can’t bowl another ball and are out for at least six or seven weeks. This one was different… the strength came back really quickly, and I could do a lot of things in the gym. It was just bowling, that dynamic movement, that caused a bit of grief. It was an unusual one,” added Hazlewood.

The first T20I against Sri Lanka will be Hazlewood’s maiden professional game since the Brisbane Test almost two months ago. The pacer also said that he had carried some discomfort in The Gabba Test as well and that the Cricket Australia (CA) medical staff had managed it well.Hazlewood said the injury probably started developing soon after the team arrived with its maiden ICC T20 World Cup trophy in the UAE in November, but he was unable to pinpoint exactly when it all started.”I’d go back to even halfway through quarantine when I was bowling at training. We thought it was a bit of just rib impingement because when you tear a muscle, it just goes in one ball. We thought it was something else… but it kept lingering around. I got through quite a lot of work in that period and leading into the game (at the Gabba) it was still there a little bit, but I thought I was managing it.”You try and put your finger on something when you do an injury, whether it’s taking shortcuts here or there or an increased workload or you missed your mark at training. But I’m not sure with this one, to be honest. There’s obviously an increased workload, but apart from that, it was just an unlucky one, I think.”The pacer said that missing four Ashes Tests was one of the biggest disappointments in his life.”It was very frustrating. You probably don’t realise it as much now, but when you look back in 10 years … people will talk about the Ashes when they won 4-0 in 2021… and it’d hit you again. It was frustrating watching and obviously as time goes on, you’d be reminded of it more often than not. But that’s part of fast bowling, I guess.”