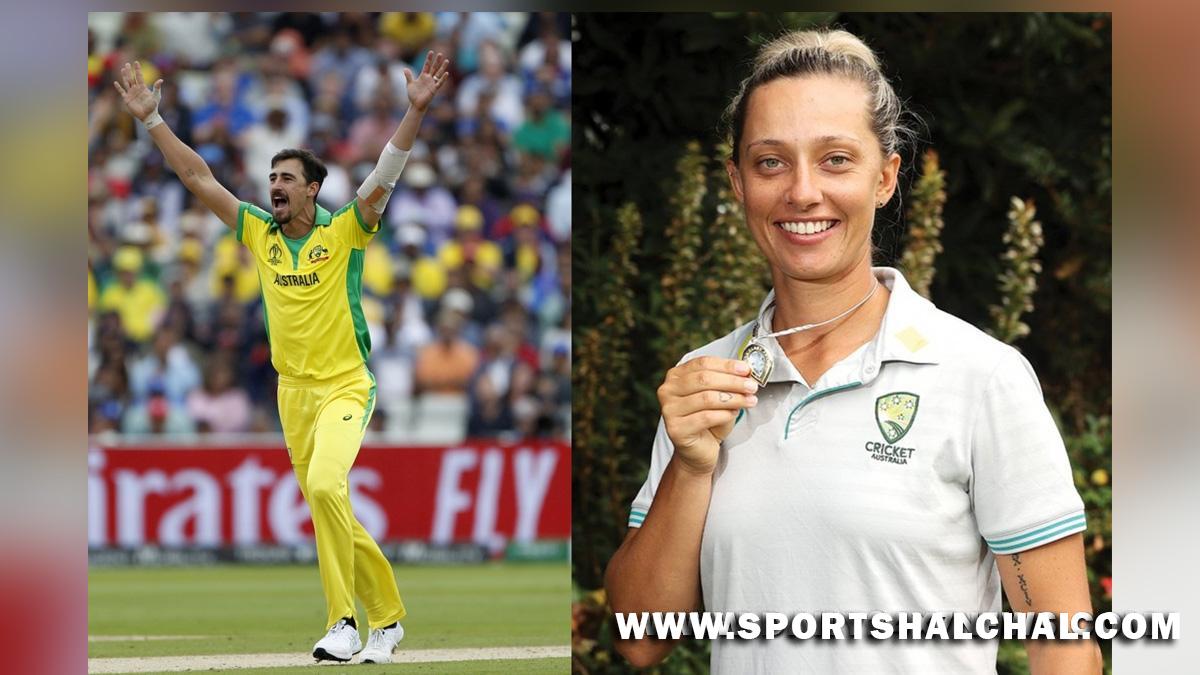 Sydney : Australian pace bowling stalwart Mitchell Starc and women’s all-rounder of Indigenous origin Ashleigh Gardner were rewarded for their consistent performances at the annual Australian Cricket Awards, emerging the country’s leading male and female players for 2021.Starc, whose all-round performance during the recently concluded Ashes was the key to the hosts winning the series 4-0, became just the fifth pace bowler in 22 years to win the Allan Border Medal as the country’s leading male cricketer, edging out Mitchell Marsh by one vote.The 24-year-old Gardner became the first Indigenous person to win the Belinda Clark Award as the country’s leading female player.According to cricket.com.au, the award winners were decided by votes from players, umpires and media representatives throughout the year and they received their medals and trophies during the lunch break of the Women’s Ashes Test at Manuka Oval in Canberra on Saturday.The 31-year-old Starc got 107 votes for the top award and was ahead of Marsh by just one vote, while ‘Player of the Series’ during the Ashes, Travis Head, got 72.

According to the report, it is only the second time in three years that the men’s top award has been decided by just one vote after opener David Warner beat Steve Smith by a similar margin in 2020.Starc played a key role in Australia’s maiden ICC T20 World Cup title win in the UAE and the tours of the West Indies and Bangladesh. He also played all five Ashes games, coming up with one of his best Test series with 19 wickets at an average of 25.37.Starc also won the Men’s ODI Player of the Year award having taken 11 wickets including five in the opening game of Australia’s only ODI series during the voting period, a 2-1 win over the West Indies. The left-arm pacer joins Test skipper Pat Cummins, Mitchell Johnson, Brett Lee and Glenn McGrath as the only fast bowlers to win the top award since it was introduced in 2000.Mitchell Marsh was named Men’s T20 Player of the Year after a superb 12 months that included a ‘Player of the Match’ performance in the T20 World Cup final. Marsh scored a total of 627 runs from 21 T20Is during the voting period to finish with 53 votes, far ahead of pacer Josh Hazlewood (29) and Ashton Agar (26).

U-19 CWC: Vasu Vats out with hamstring injury; Aaradhya Yadav replaces him