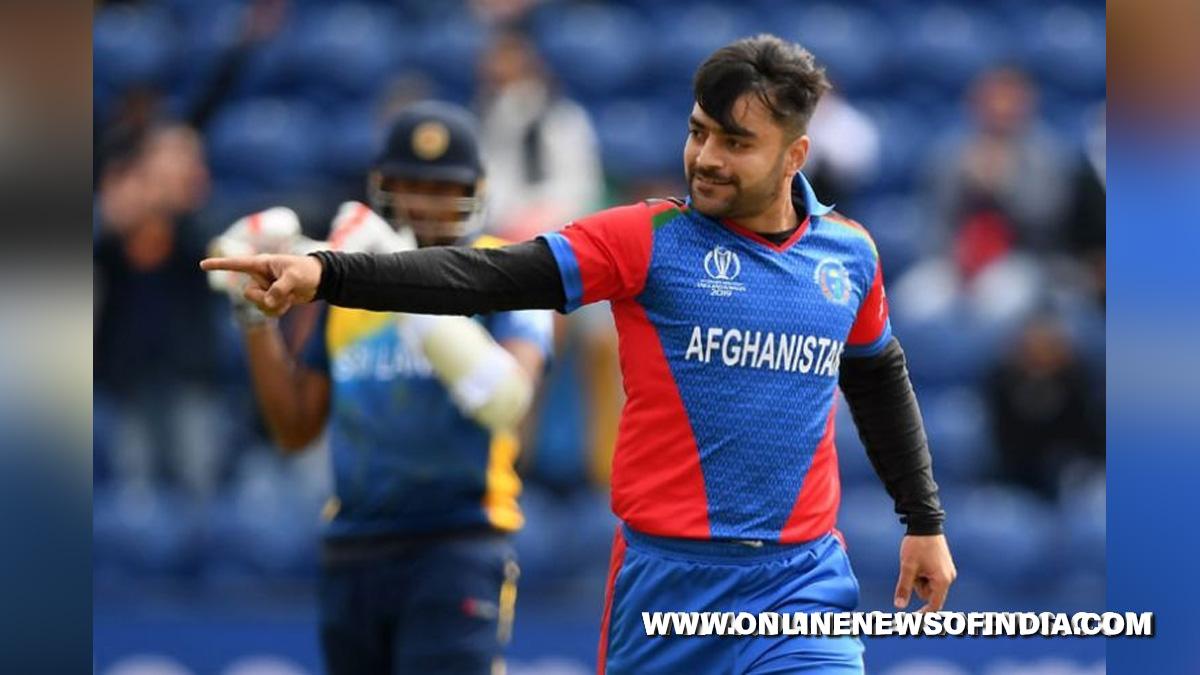 Sharjah : Afghanistan leg-spinner Rashid Khan believes that his team’s approach with the bat has not always been about going across the line and hitting the ball hard. He added that Afghanistan’s batters take their time and then go for the big hits, instead of focusing on smashing many sixes.Afghanistan made a winning start to their Group 2 campaign in the ICC Men’s T20 World Cup with a 130-run thrashing of Scotland in Sharjah. They are now up against Pakistan, who have won matches against India and New Zealand in three days, at Sharjah on Friday.”To be honest, we don’t have that kind of mindset like you have to focus on hitting so many 6s. But you have to adjust yourself with the wicket as well, what is the reaction of the wicket, and as you go there and spend a bit of time there fair, especially on these tracks, then it becomes easier for you. And that’s the kind of mindset all the batsmen have as well. Initially it’s really hard to go and just start hitting success,” Khan said in the pre-match press conference on Thursday.”That’s what happened in the last couple of warm-up games against West Indies and also the main game against Scotland, that the openers took a bit of time in the middle and they read the condition and read the situation, and it’s going high. And it’s all about targeting your own ball, you have to target that. It’s not about just going across for every ball and hitting it harder,” added Khan.

The last time these two teams met in an ICC event, it was in the 2019 Cricket World Cup, where Pakistan won by three wickets at Headingley. The match was also marred by scuffles from fans of both nations. Khan requested fans from both countries to stay calm and enjoy Friday’s match.”Definitely it’s always a good game against Pakistan, even when we played in the 2018 in Asia (Cup). And also in terms of the 2019 World Cup. But this game should remain as a game. I think it’s a request to all the fans to stay cool and calm and just enjoy the game. This game is all about enjoyment. The more we just focus on the enjoyment, and as we have seen in this game, things happen, accidents happen.””After the 2019 World Cup match, whatever happened shouldn’t have happened. But this is the kind of request to all the fans, whatever there is that comes at the end, at the end of the day this game gives lots of unity to the nations and brings them together, not to have those kinds of accidents.””So I hope, I hope they remain cool and calm and just focus on enjoying the game and who plays better on the day that team wins. But even with all the fans, we know how tough it is. But you still need to accept that. And as fans, they need to support a good side. And I think this game is all about enjoyment and bringing nations and people together.”Khan signed off by saying that his team’s focus is on doing well in the group stages and qualifying for the semi-finals. “You can only do what is in your hand, and that is to play the five games of this group stage and try to qualify to the semifinals and make the country proud. That is what we have at the moment. We don’t think about what’s going to happen in the future. That will come with time. And we as players, we only focus on all the games. And that’s the only thing we can do.”