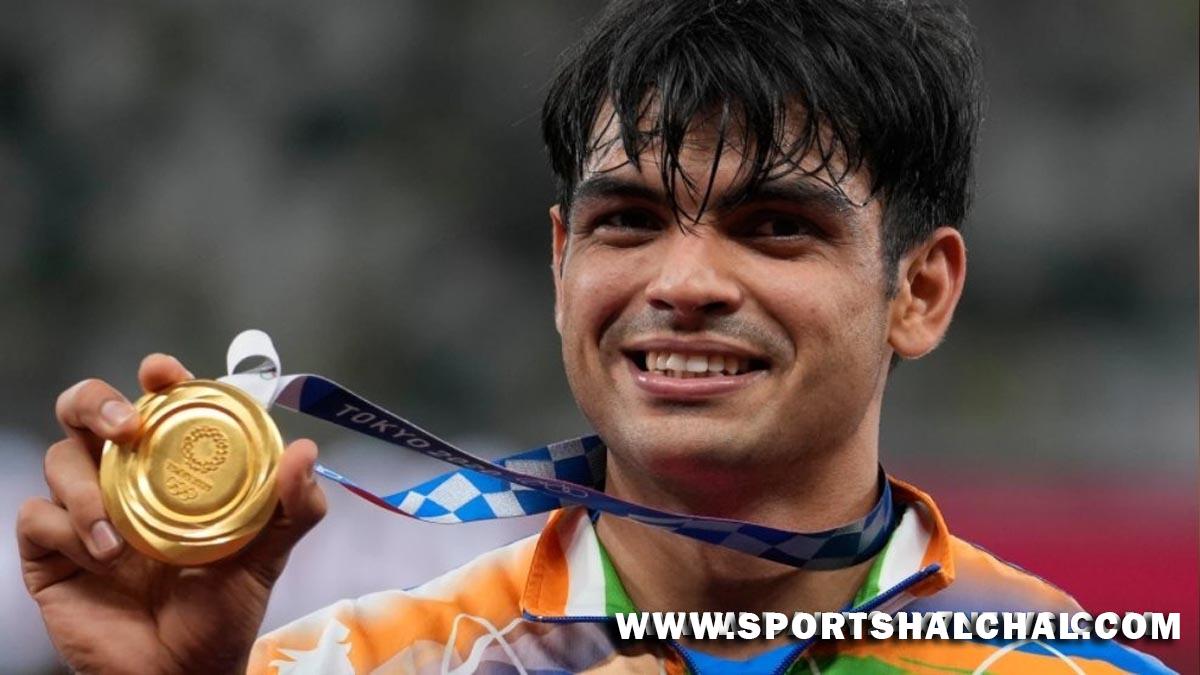 Tokyo gold has motivated me to do even better : Neeraj Chopra

London : India’s first winner of a track and field gold medal in Olympic Games, Neeraj Chopra has declared his ambitious targets for 2022, which include challenging for his first ever World Championship title, defending his Commonwealth Games and Asian Games gold medals, and most importantly, breaking the 90-metre mark for the first time.The javelin gold medal winner from Tokyo Games, Chopra earned a nomination for the prestigious 2022 Laureus World Sports Awards in the World Breakthrough of the Year category.”The gold medal has motivated me in life to do even better. Performing well and ending up on the podium will be my target in the World Championship which is going to take place in July,” Chopra told Laureus official website.”Besides that, there are other big tournaments lined up this year such as Commonwealth Games, Asian Games, Diamond League Final. All of these are really major tournaments,” he added.”While training, it always comes to mind that I have to win medals in all these major tournaments. I have won a gold medal in Commonwealth and Asian Games and I would like to repeat my performance there. I represented India in the World Championship held in London. I couldn’t get into the finals there, but I’ll try my best to finish the tournament on the podium this year,” the 24-year-old said.

Chopra has also set his sights on achieving a new personal best in 2022. At the moment it stands at 88.03 metres, and he said, “When it comes to achieving a specific distance, we have been trying to reach the 90-metre mark for a very long time now. I think I can really do it sometime soon in the near future. There’s no pressure on me to get past 90 metres, but I will work on my technique along with my strength and speed and would like to achieve it this year.”I always think whatever I’ve done and achieved so far is not ‘the-best’. I think that I can really do better in future. It feels good that whole nation believes in me and have really high hopes for me.”Chopra made his Olympic debut in Tokyo at the age of 23. He won the gold medal with a throw of 87.58 metres in his second attempt. In 2011 he had started attending a gym under pressure from his family to improve his fitness. While there he saw athletes practising and developed an interest in javelin and took up the sport.In his interview with Laureus.com, Chopra said, “It feels incredible to be nominated for such an Award. Even before I won the Olympic gold medal, I’ve always seen sporting legends across the globe being part of these Awards. I always wanted to be one of them. Now, when my name is there in the list, I feel really special.

If I win, I would like to place this Award on the top of my list since it’s an international Award. It’s very special and I also hope that in future a lot of Indians will be nominated and will win it for India, as legend Sachin has.”Asked his best memory from the day in Tokyo when he won the gold medal, Chopra said, “I won’t be able to forget the moment when I was at the podium and my National Anthem was played. It’s a dream for every athlete to represent their country in the Olympics, give their best performance and to win a medal too. I got a flashback of how I started my journey, what all challenges I faced, how much hard work has been done over the years to be there at the podium and now what I’ve dreamed of, for years and years, has turned into reality.””I would love to do something for my sport and athletics especially in India. Also, if given a chance I would absolutely like to work with such athletes working with Laureus and will do whatever I can for sports and sportspersons across the world,” he said.Also nominated in the Laureus World Breakthrough of the Year category with Chopra are tennis players Daniil Medvedev and Emma Raducanu, FC Barcelona football star Pedri, Venezuelan triple jump world record holder Yulimar Rojas and Australian swimmer Ariarne Titmus.