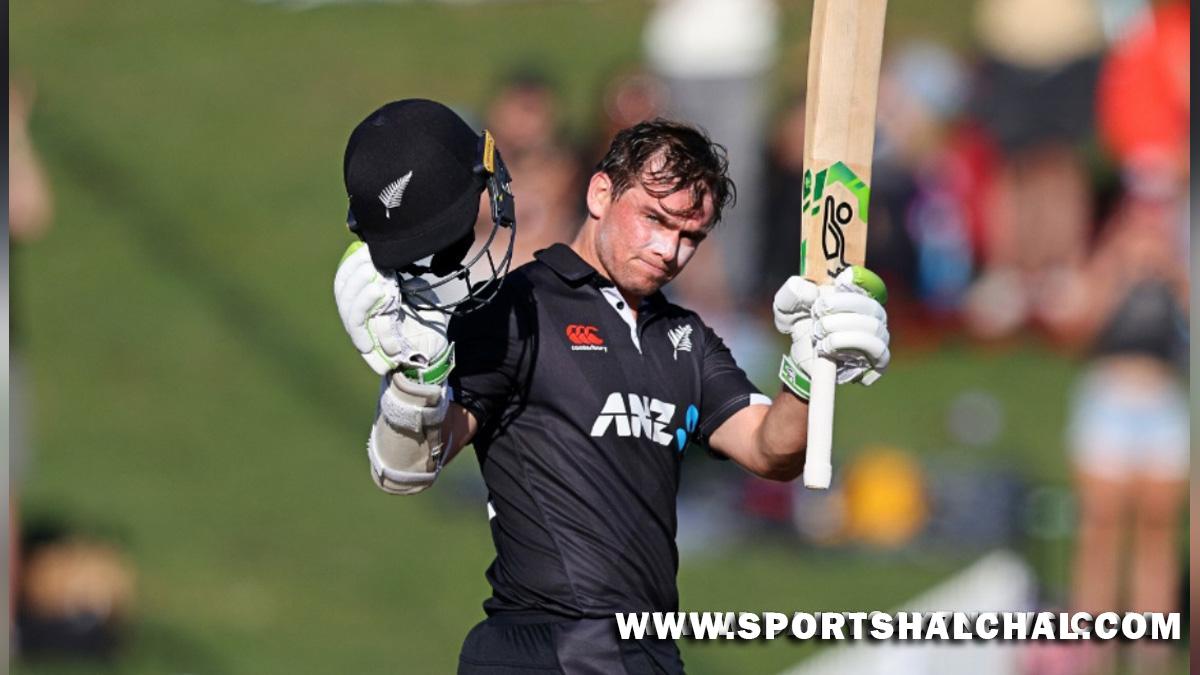 Hamilton : Captain Tom Latham’s scintillating career-best knock of 140 not out helped New Zealand thump Netherlands by 118 runs to take an unassailable 2-0 lead in the three-match ODI series at Seddon Park on Saturday.Latham, also the birthday boy entering his 30s, took charge of New Zealand after they collapsed from 22/0 in four overs to 32/5 in 9.4 overs. He thwarted the hopes of Netherlands, looking for a chance to make a huge upset, with a single-handed match-winning effort to post a formidable total of 264/9 in 50 overs. In reply, the bowlers, led by Michael Bracewell’s 3/21, skittled Netherlands for 146 all out in 34.1 overs.The victory meant New Zealand jumped to eighth place from 11 with 50 points in the ICC Cricket World Cup Super League table, leapfrogging Pakistan, while the Netherlands remained at the bottom of the 13-team table, with 25 points after nine matches.Pushed into batting first, Latham came in when the scoreboard was 30/3 and soon that became 32/5 as Logan van Beek and Fred Klaassen ran through the top and middle-order.

Latham added 57 runs with Colin de Grandhomme (16) before the all-rounder was dismissed by opposition captain Pieter Seelaar.Latham and Doug Bracewell (41) then added 90 for the eighth wicket, bring stability to the innings. In the fag end, Latham exploded after taking his time to reach a century. He farmed the strike well to end up being unconquered at 140 off 123 balls, laced with ten fours and five sixes at a strike rate of 113.82.In reply, Netherlands were 4/2 within the first two overs as Doug Bracewell and Kyle Jamieson saw off openers Stephan Myburgh and Max O’Dowd. From there onwards, it was always going to be an uphill battle for the Dutch.There was a fighting second-wicket partnership between Vikramjit Singh (31) and Bas de Leede (37) as the duo put on a 77-run stand for the third wicket. But once they were dismissed, New Zealand bowlers didn’t take much time to dismiss them for 146 in 34.1 overs, with Michael Bracewell returning figures of 3/21.Deservingly, Latham took the Player-of-the-Match award for playing an astonishing masterclass in a captain’s knock, saving New Zealand from a troubled position.
Brief Scores: New Zealand 264/9 in 50 overs (Tom Latham 140 not out, Doug Bracewell 41; Logan van Beek 4/56, Fred Klaassen 3/36) beat Netherlands 146 all out in 34.1 overs (Bas de Leede 37, Vikramjit Singh 31; Michael Bracewell 3/21, Ish Sodhi 2/17) by 118 runs