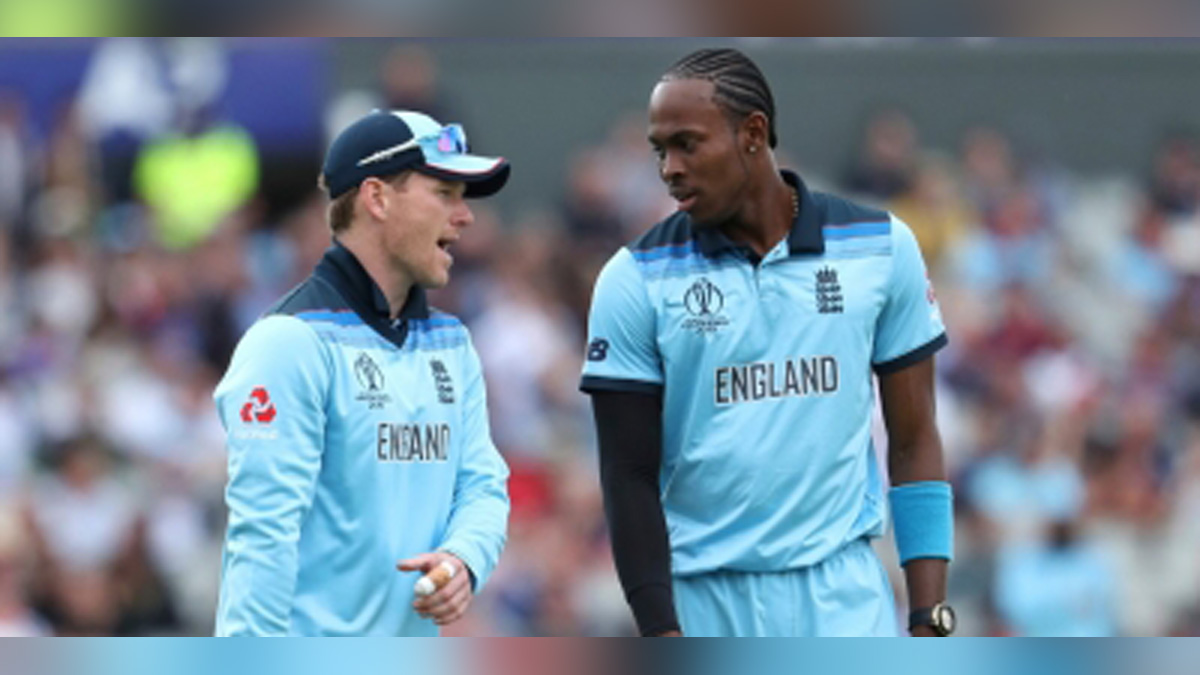 London : England fast bowler Jofra Archer on Thursday opened up about Eoin Morgan’s retirement from international cricket earlier this week, saying that it took some time for him to comprehend the “unexpected” announcement.

On Tuesday, Morgan confirmed he was retiring from international cricket with immediate effect, ending a glorious career where he transformed England into becoming one of the most feared sides in white-ball cricket and took the side from the lows of crashing out of 2015 ODI World Cup to lifting the trophy on the home soil in 2019.

“We still use the WhatsApp group from that World Cup and the message at the weekend from Morgs, to let us know he was retiring, was waiting when I woke up. To be honest, it took some comprehending because it was so unexpected.

Quitting a few months shy of the World Cup is probably a shock to many, but he sees it as the right time, and clearly felt he was no longer influencing results with personal contributions,” wrote Archer in his column for Daily Mail.

It will definitely affect the team not having him around.””Obviously, he has always been in the team to contribute as an individual, but his role went beyond batting. As I said, he inspires others to perform. That is not an aura many possess – Ben Stokes is another example of someone within the group who has a similar impact.

Yes, everyone wants to have an impact on games to help the team, but Morgs did it most through inspirational leadership.”Archer, who made his international debut in a one-off ODI against Ireland in May 2019 after becoming eligible to represent England, praised Morgan for making him feel comfortable in the national set-up after becoming a late addition to the squad for the mega event.

“The summer of 2019 was the greatest of my life and I really appreciated the part he played. I would like to thank him for going against the grain and selecting me because, before I came in, a lot of people were saying that a winning team should not be changed, and that it would affect the chemistry in the group.”

“As captain, Morgs didn’t only bring me into the squad, he made me feel welcome, and those are two different things. It was typical of his behaviour, and what everyone has said about him over the past 48 hours is true. He is an amazing person. He is an amazing cricketer as well. Someone who has broken lots of records during a great career.

“Archer signed off by hoping Morgan continues to play in the domestic cricket circuit. “I guess everyone knows when it’s their time to stop, while everyone else thinks that the person in question has a few more years left in them. I hope he continues to play for Middlesex because I think he has a lot of cricket left in him.”