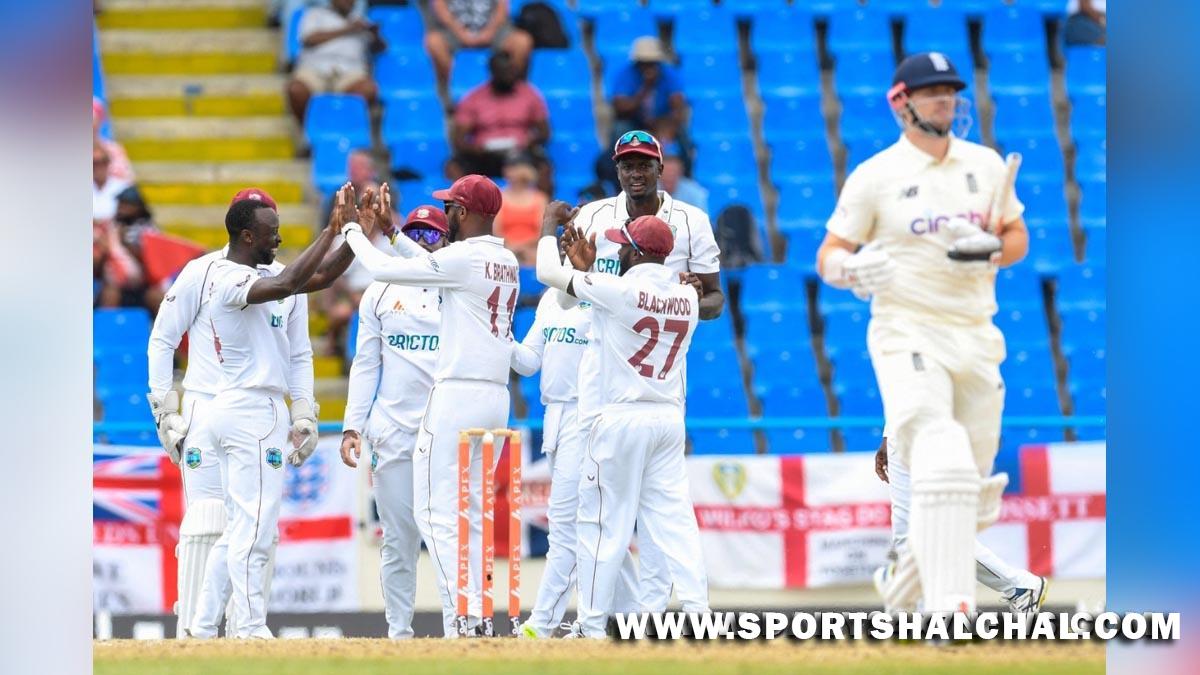 North Sound (Antigua) : Hosts West Indies have been fined 40 per cent of their match fee for slow over-rate during the first Test against England, which ended in a draw at the Sir Vivian Richards Stadium here on March 12.The Kraigg Brathwaite-led side has also slipped to No.8 in the Test rankings as a result of being penalised two points in the ICC World Test Championship Standings.The West Indies were found to have been two overs short after reasonable adjustments and time allowances had been taken into consideration, according to the International Cricket Council (ICC).The implications of the docked points mean that the West Indies have slipped below Bangladesh in the World Test Championship Standings into eighth, and are one of three teams to have been docked points due to penalty overs.This is the West Indies’ first slow over-rate offence in the 2021/2023 Championship cycle, while India have been docked three points and ninth-placed England have been docked 10 across 10 matches to date.The penalties, imposed by Richie Richardson of the ICC Elite Panel of Match Referees, are in line with the pre-agreed playing conditions for the World Test Championship, which state that a side will be penalised one WTC point and fined 20 per cent of their match fees for every over they have failed to bowl in the allotted time.

Captain Brathwaite acknowledged and accepted the ruling and sanctions.The draw in Antigua saw England bat long in both innings, but West Indies frontline spinner Veerasammy Permaul sent down just 25 overs of his left-arm spin in the match, with the four-pronged seam attack bowling the bulk of the 188.5 overs.Those lack of spin overs were a contributory factor in the slow over-rate, and Brathwaite has pointed to it as an area for improvement going into the second Test in Barbados from March 16.”There are some areas in terms of run rate we can improve and it’s simply just setting the field and bowling to it and being disciplined enough to bowl to that field,” Brathwaite said.”I think we can do that better especially in the middle overs when a partnership may build. I think once we’re tighter, then we can build a little more pressure for us to get the wickets later in the innings.”It’s finding ways to build pressure and as a spinner, under three runs an over is crucial, because obviously the ball didn’t spin much so I think the spinner really has to be tight,” the skipper was quoted as saying by ICC.”I thought it was a very good effort from the bowling group.”