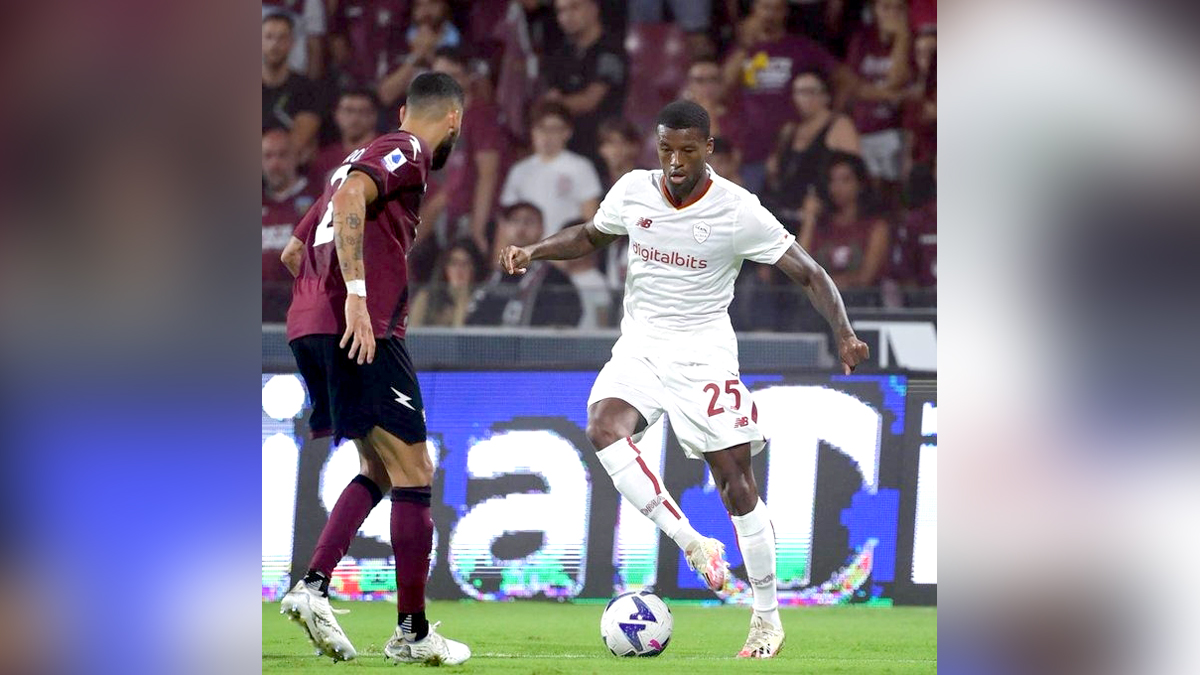 Berlin : Roma midfielder Georginio Wijnaldum broke his right leg in training on Sunday, just two weeks after joining the club.The Netherlands international moved earlier this month on a season-long loan from Paris Saint-Germain, with the Serie A side possessing an option to buy.

Wijnaldum won the Ligue 1 title with PSG last term, having joined on a free transfer from Liverpool, but he moved to join Jose Mourinho’s side after just a single season with the French giants.He made his Serie A debut off the bench in Roma’s 1-0 victory over Salernitana on the opening weekend but is now set for a stint on the sidelines.

In a statement, Roma said, “Following an injury sustained during training this afternoon, Georginio Wijnaldum subsequently underwent medical tests that confirmed the presence of a fracture to the tibia in his right leg. The player will undergo further assessments in the coming days.”

Roma continue their campaign at home to Cremonese on Monday, before travelling to Turin to tackle Juventus.It remains to be seen whether 31-year-old Wijnaldum can recover from his injury in time to feature for the Netherlands at the World Cup, which begins in November.

Jos Buttler ruled out of The Hundred due to calf injury