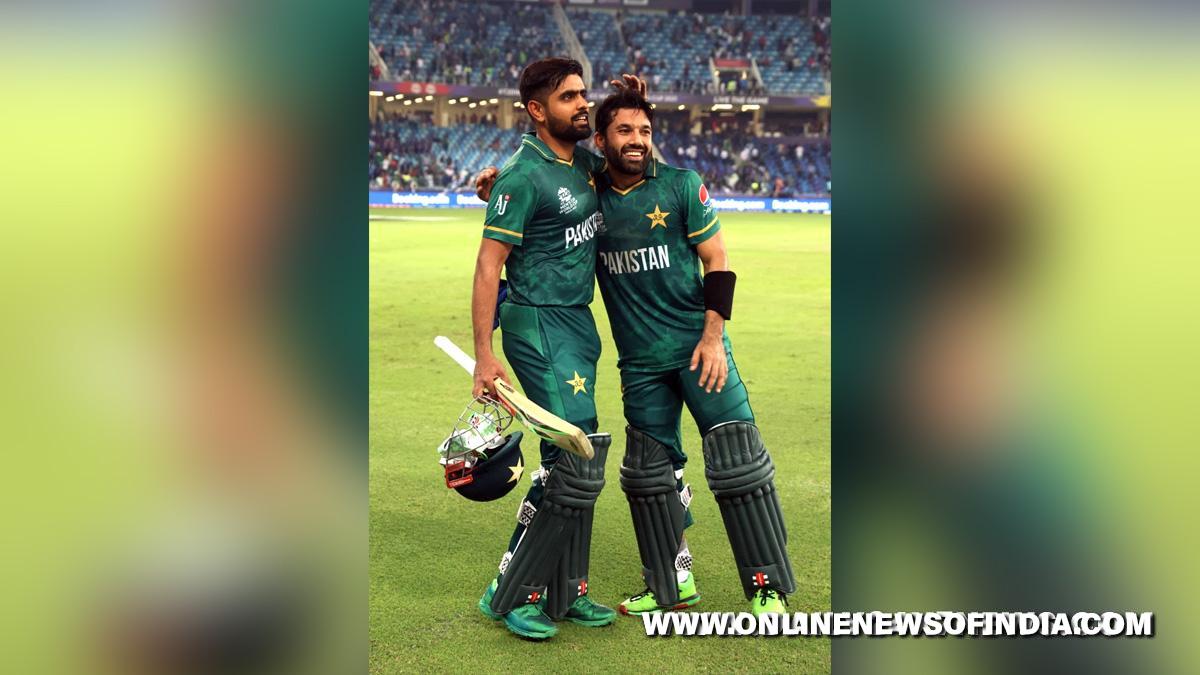 Will anger and revenge be on Pakistan’s mind when they take on New Zealand?

Sharjah : The manner in which the Babar Azam-led Pakistan crushed India in their opening game of the ICC T20 World Cup ‘Super 12′ would have given the Kane Williamson-led New Zealand a fair idea about what to expect when the two sides meet at the Sharjah Cricket Stadium later on Tuesday.The animosity created by the Black Caps’ last-minute cancellation of the limited-overs series in Pakistan in September has been too hard to digest for Babar Azam’s players, and even the new Pakistan Cricket Board (PCB) chairman Ramiz Raja, besides several former cricketers, including Shoaib Akhtar among others, have asked the team to go all out and take “revenge”.To add to the “revenge factor”, the manner of Pakistan’s 10-wicket win over India will give the 2009 T20 World champions the confidence in their abilities as well as their plans for the rest of the tournament.On the other hand, New Zealand, the reigning World Test champions, are playing their first match of the tournament, and will be keen to start strongly. They have batters who can clear the ropes at the top and in the middle, a reliable anchor in Kane Williamson, tall fast bowlers, bowlers who can swing the new ball, and a spin attack with plenty of experience.On the T20I team rankings, there is little to separate the teams. Pakistan are placed third, while New Zealand are fourth. Pakistan hold a historical edge over New Zealand in the format, though, having won 14 and lost 10 contests between the sides.

The last series between the sides, in December 2020, went New Zealand’s way.The teams were supposed to play another series in Pakistan as part of their preparation for the World Cup, but New Zealand pulled out owing to security concerns. Pakistan made their disappointment clear about this, but skipper Kane Williamson didn’t believe this encounter would be a “grudge” match.”It was a really disappointing situation,” said Williamson. “But there are a lot of good relations with the two teams over the years, we’ve played a lot against each other and a number of players have played with each other as well. So I’m sure it’ll be played in the right spirit,” the New Zealand skipper told icc-cricket.com.Pakistan played the near-perfect game against India. Their fast bowlers were devastating in the Powerplay and clever with their variations at the death, while the spinners controlled the middle. They will, however, have to adjust to the conditions in Sharjah, where the inconsistent boundary sizes could come into play.New Zealand lost their warm-ups to Australia and England, but their bigger concern was injuries. Opener Tim Seifert had an abdominal strain while Mark Chapman was monitored for a hamstring niggle. Williamson too has been nursing an elbow injury that flared up in the warm-up against Australia, so much so that he did not bat against England. However, the skipper confirmed all players were available for selection and while his elbow was “a work in progress”, it was improving.
Probable Pakistan XI: Babar Azam (capt), Mohammad Rizwan, Fakhar Zaman, Mohammad Hafeez, Shoaib Malik, Asif Ali, Imad Wasim, Shadab Khan, Hasan Ali, Shaheen Afridi, Haris Rauf.
Probable XI: Martin Guptill, Tim Seifert (wk), Kane Williamson (capt), Devon Conway, Glenn Phillips, Jimmy Neesham, Mitchell Santner, Kyle Jamieson, Lockie Ferguson, Ish Sodhi, Tim Southee.