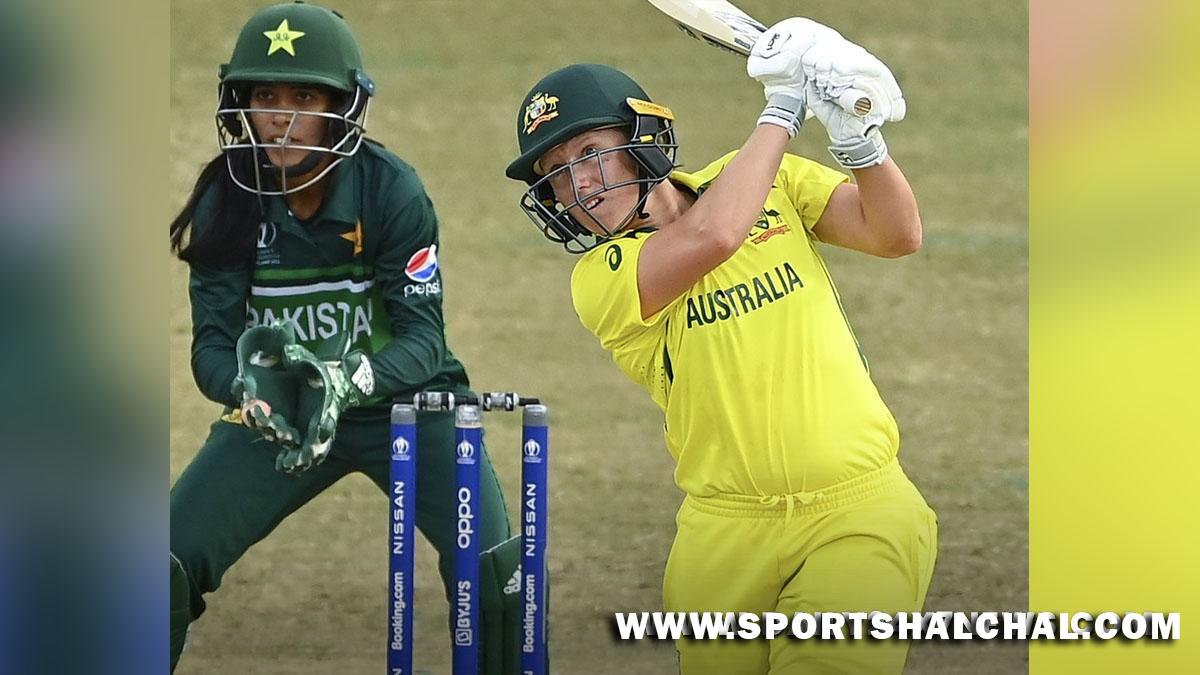 Mount Maunganui (New Zealand) : Australia opener Alyssa Healy struck a breezy 72, while Alana King bowled a miserly spell in which she also took two wickets as the six-time champions defeated Pakistan Women by seven wickets with 92 balls to spare in the ICC Women’s World Cup at the Bay Oval here on Tuesday.This was Pakistan’s second humiliating loss after their 107-run defeat to India, while the Meg Lanning-led Australia have kept their slate clean with two-in-two wins in the tournament. Australia had defeated defending champions England by 12 runs in a high-scoring opening game.Chasing a modest 191, Australia openers Healy and Rachael Haynes went at a decent rate, punishing the bad deliveries to lay the foundation for the side. They were helped by some patchy fielding from Pakistan, as both the openers got a second life with their catches being dropped.Aliya Riaz put down Healy at mid-wicket, spilling a simple catch off the bowling of Anam Amin in the sixth over. Haynes was also let off in the following over with Nida Dar missing a sitter off her own bowling.Pakistan finally got a breakthrough in the 11th over as Haynes was dismissed by Nashra Sundhu for 34. Haynes went down the track to clear the fielder at mid-wicket but failed to do so, with skipper Bismah Maroof taking an easy catch.

Lanning walked out and then sewed a partnership with Healy, with Australia edging closer to victory. Healy brought up the 14th half-century of her career in 55 deliveries as the pair looked untroubled by the rival team bowlers.There was a glimmer of hope for Pakistan though, as Lanning perished against Omaima Sohail in the 22nd over. Attempting a cut against a tossed up delivery, Lanning chopped the ball onto her stumps to walk back for 35. Ellyse Perry then joined Healy at the crease, with the experienced pair hoping to get Australia over the line.At the halfway stage in the innings, Australia were 142/2, needing another 49 runs for a win. Healy finally departed for 72 in the 28th over, with Omaima Sohail picking up her second scalp. Perry (26 not out) and Beth Mooney (23 not out) ensured that there were no further hiccups for the tournament favourites, as Australia chased down the target with 92 deliveries remaining.The loss means Pakistan’s search for their first win since the 2009 edition of the tournament continues.Earlier, Australia won the toss and opted to bowl. Bismah Maroof (78 not out) and Aliya Riaz (53) paced Pakistan with a 99-run stand for the fifth wicket to help their side score of 190/6.Seamers Megan Schutt (1/43) and Ellyse Perry (1/27) picked up a wicket each during their opening spell and spinners Alana King (2/24) and Amanda-Jade Wellington (1/25) got in on the act to reduce Pakistan to 44/4 after 13 overs. Maroof and Riaz then played with extreme caution to put together a memorable stand.
Brief scores: Pakistan Women 190/6 in 50 overs (Bismah Maroof 78 not out, Aliya Riaz 53; Alana King 2/24) lost to Australia Women 193/3 in 34.4 overs (Alyssa Healy 72, Rachael Haynes 34, Meg Lanning 35) by seven wickets.