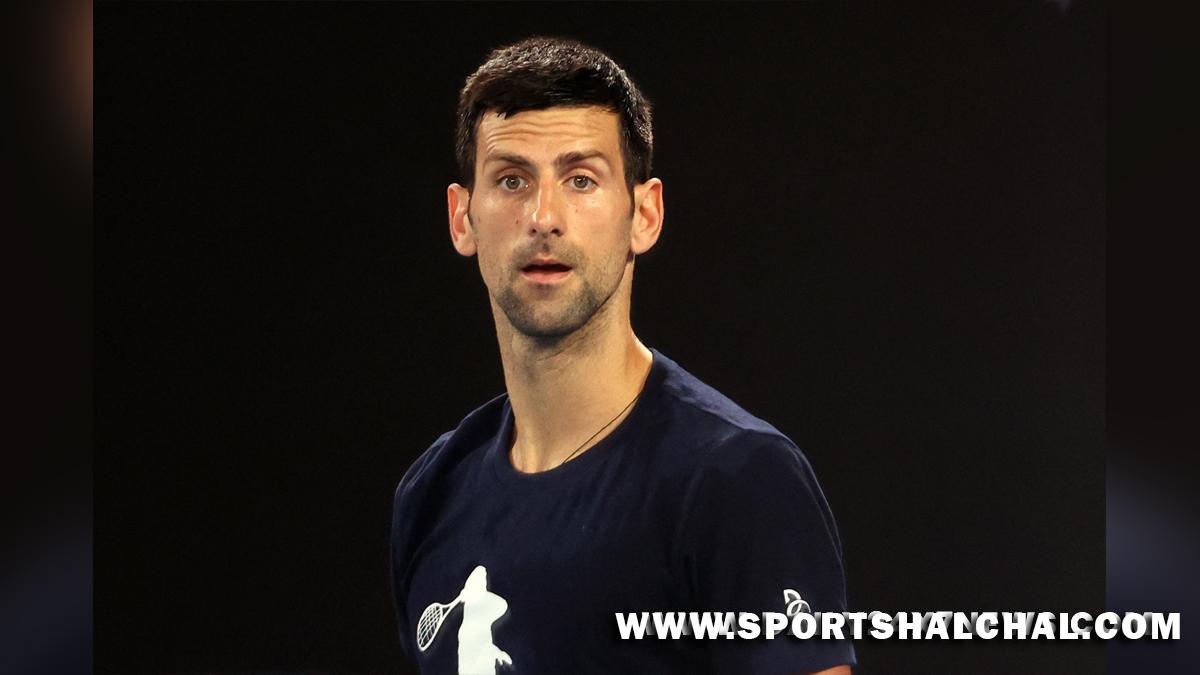 Monaco : World No. 1 tennis player, Novak Djokovic of Serbia, faces a tricky path as he aims to add a third Monte Carlo trophy to his collection. The 34-year-old, winner of 20 Grand Slams could face Spanish teenager Carlos Alcaraz in a blockbuster quarterfinal at the ATP Masters 1000 event, with Indian Wells champion Taylor Fritz (US) too in the Serbian’s quarter.The draw for the prestigious event, which was released on Saturday, has the Serb in a potential rematch with Daniel Evans of the UK in the third round. The Briton had upset Djokovic in the fourth round at Monaco in the previous edition.Djokovic, who will open against Spaniard Alejandro Davidovich Fokina or American Marcos Giron, has never played Alcaraz, who arrives in Monte Carlo riding on the high of winning the Miami Open.Eighth seed Alcaraz is making his debut at the clay-court event and will begin against Sebastian Korda (US) or Botic van de Zandschulp (Netherlands).Alcaraz is 18-2 this season, having also triumphed on clay in Rio de Janeiro.American Fritz earned the biggest title of his career when he ended Spanish stalwart Rafa Nadal’s unbeaten start to the season to win the trophy in California last month. The 10th seed will play wild card Lucas Catarina of Monaco in the first round, with French wild card Jo-Wilfried Tsonga or Croatian Marin Cilic awaiting next.

In the bottom half of the draw, reigning champion, Greece’s Stefanos Tsitsipas, will start his title defence against Italian former champion Fabio Fognini or Frenchman Arthur Rinderknech, with Canadian Felix Auger-Aliassime seeded to meet the Greek in the quarterfinals.Third seed Tsitsipas downed Russian Andrey Rublev to clinch his maiden Masters 1000 crown last year and will be aiming to regain top form this week after losing to Alcaraz in the fourth round in Miami at the end of March.Meanwhile, Auger-Aliassime has won just one match since he clinched the title in Rotterdam and reached the final in Marseille at the end of February. The sixth seed, who is making his fourth appearance in Monte Carlo, will play Italian Lorenzo Musetti or Frenchman Benoit Paire in his opening match. Musetti flourished on clay last season, advancing to the semifinals in Lyon, before he advanced to the fourth round at Roland Garros.Second seed Alexander Zverev of Germany is in the same half of the draw as Tsitsipas and the same quarter as Rublev.

The German could face the returning Swiss Stan Wawrinka in the third round if Zverev can overcome Federico Delbonis of Argentina or a qualifier and Wawrinka can pass tests against Alexander Bublik (Kazakhstan) and then Pablo Carreno Busta (Spain) or a qualifier in the second round.Former world No. 3 Wawrinka lifted the trophy in Monte Carlo in 2014, but has not competed at a tour-level event since Doha last March. Italian Jannik Sinner will also pose a danger, with the ninth seed opening against Croatian Borna Coric. The 20-year-old, who has reached three tour-level quarter-finals in 2022, is seeded to meet Rublev in the last eight, with the 24-year-old opening against Australian Alex de Minaur or a qualifier.Fourth seed Casper Ruud of Norway is in the top half of the draw and is a potential semifinalist opponent for Djokovic. The Norwegian has captured six ATP 250 titles on clay and reached his first ATP Masters 1000 final last week in Miami. Ruud, who reached the Monte Carlo and Madrid semifinals last season, will begin his campaign against Aslan Karatsev of Russia or a qualifier and may play seventh seed Cameron Norrie (UK) or Pole Hubert Hurkacz in the last eight.