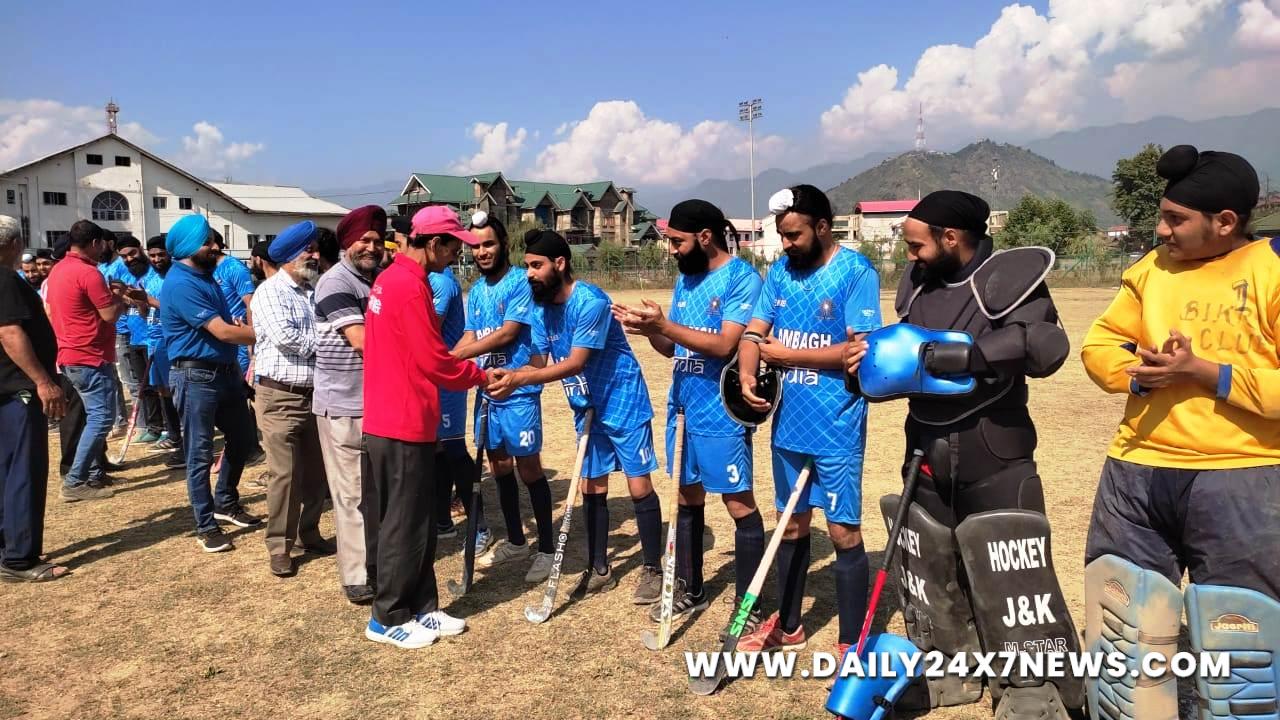 Sikhs lit up Kashmir all over the world: Wani

Srinagar : Guru Hargobind Sahib Hockey Tournament was held on Thursday at Gindun Sports Stadium Rajbagh, Srinagar. In this quarter final Bikram Club Baramulla defeated Rambagh Club 4-0, won the title and entered the semi-finals.Jb. Raja Ghulam Nabi Wani, Joint Secretary, Hockey J&K, graced the occasion as the ‘Chief Guest’.Addressing the media, he said that “Guru Hargobind Sahib” is the 6th master of the Sikhs. Guru Sahib has given military training and martial arts training to the Sikh community. Most notably, the Akal Takht, the highest institution of the Sikhs, was also built by Sri Guru Hargobind Sahib. He always upheld the truth and the Sikh community still follows the path laid down by their Guru Sahibs.Guru Sahib had liberated 52 hill chiefs from the fort of Gwalior. Among Sikhs, Diwali is also celebrated as “BandiChhor Divas”. Sikhs in Kashmir are our own brothers and sisters.

“Today, there is a mutual brotherhood between the two communities, Sikh and Muslim, and it will remain so forever and ever,” Wani told the media during his address.He said that duo the teams have played a very good innings. But in every field of sports there is a rule of victory and defeat. Therefore, I congratulate Bikram Club on their victory and encourage Baramulla Club to work hard again so that they can participate in the tournament again in the future. Surely, those who work hard win one day. The tournament is named after Guru Hargobind Sahib, this Guru of the Sikhs, also known as the master of “Miri-Piri”. I’m very much pleased to see the ‘Sikh players’ performing so well in hockey. These young players are the golden future of our nation. Sikhs have also enlightened Kashmir all over the world. I wish the youth of Kashmir all the best forever & ever. Regardless of their caste, creed and religion.SardarGurdeep Singh Treasurer Hockey J&K, S. GN Bawa, S. Charanjit Singh and other prominent personalities were also present in this tournament.