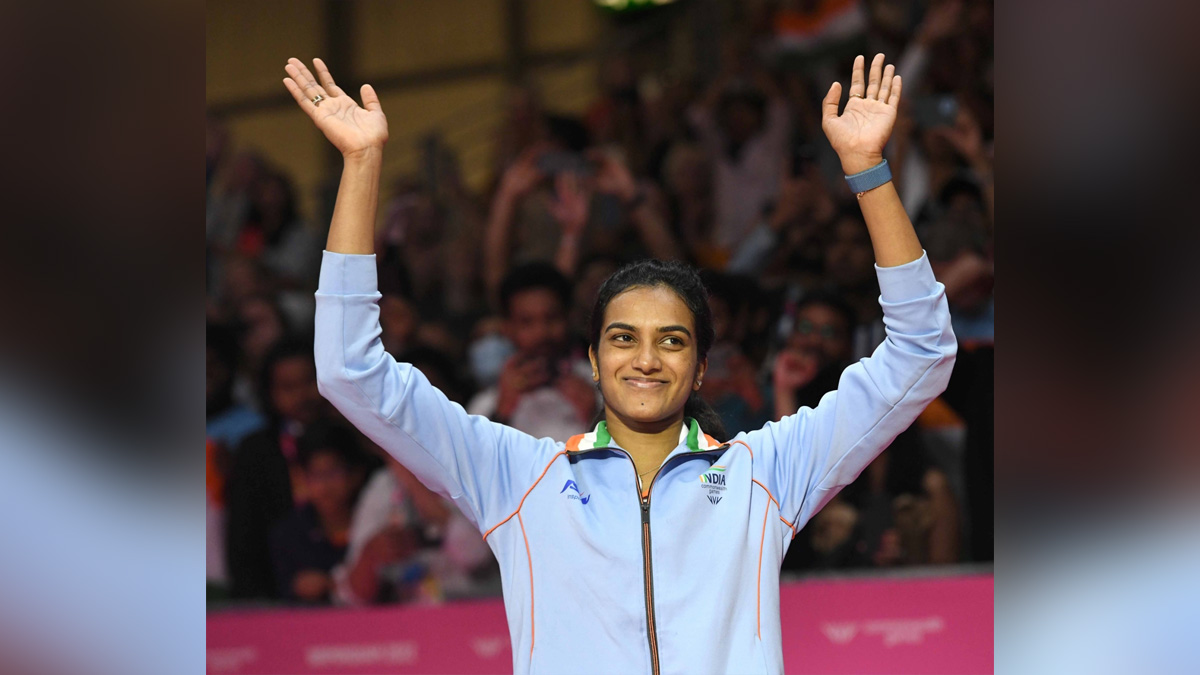 Bolstered by CWG success, Sindhu-led badminton team promises to do better in Paris

New Delhi : The performance of the Indian badminton players at the recently-concluded Commonwealth Games in Birmingham was excellent, where they bagged three gold, one silver and two bronze.

But the best part is, the shuttlers sent a strong message to their opponents that India can do wonders in badminton at the 2024 Paris Olympics.India have won three Olympic medals in badminton, all in women’s singles.

After Saina Nehwal became the first Indian to win an Olympic bronze in badminton in London 2012, P.V. Sindhu stepped up to keep the trend alive in the next two Games by winning a silver at Rio 2016 and a bronze at Tokyo 2020.

The level of competition in CWG is not as fierce as in the Olympics. It is a little easier for Indians to win medals at CWG as players from China, Indonesia, Japan, Italy and South Korea do not compete in the games.

While this is not to underestimate the importance of Indian shuttlers bagging laurels at the CWG, they will face tough competitions from badminton powerhouses like China, Japan, Indonesia and Italy at the Olympics.

The Indians did well in badminton in Birmingham, though the defeat in the mixed team final to Malaysia was a big dampener.Sindhu, the two-time Olympic medallist and former World Champion, was the highest-ranked female player in the fray and she duly won the women’s singles title despite being troubled by a niggle in her Achilles, which restricted her movement and speed in the semis and final. Yet, she managed to claim her first singles gold at the Commonwealth Games.

The men’s doubles pair of Satwiksairaj Rankireddy and Chirag Shetty too won their maiden gold as they came up with a spirited display to beat the English pair of Ben Lane and Sean Vendy in straight games in the final.

Lakshya Sen showed class and determination in coming back from a game down to beat Malaysia’s NG Tze Yong and claim his maiden men’s singles title. However, Kidambi Srikanth, who had won silver four years ago, had to remain satisfied with a bronze this time.

The qualification is going to be based on Race to Paris Ranking list’. The ranking list will be based on results between May 1, 2023 and April 28, 2024. So Indian players have ample time to qualify for the Olympics.

However, in both men’s and women’s singles, if the shuttlers are ranked in top 16, a nation will be able to qualify two players in that event. Going by this rule, Sindhu is a sure shot for qualification while others have to boost their rankings.

In doubles, if a nation has two pairs ranked in top 8, both can qualify. Otherwise, one pair will qualify subject to a maximum 16 pairs for each doubles event.
Quota allocation will also be governed by continental representation, each of the five continents will have at least one player qualified in each of the events.

“The ultimate goal is Paris Olympics in 2024,” Sindhu said after the CWG.However, Sindhu has not been able to get past the Tai Tzu Ying hurdle in recent events.

The last time she won against the World No. 2 from Chinese Taipei was way back in the 2019 World Championships enroute her dream title-winning run.
After that win, the ace shuttler has lost seven matches against Tai Tzu, including a quarterfinal defeat at last year’s World Championships, to take her career head-to-head record to 7-17.

Each player has a different style of play, different stroke play. You must strategise accordingly because as I mentioned, it just depends on a particular day.”
Apart from Sindhu, world championships bronze medallist Lakshya Sen and former world No. 1 Kidambi Srikanth too can do wonders for India at the Paris Games.