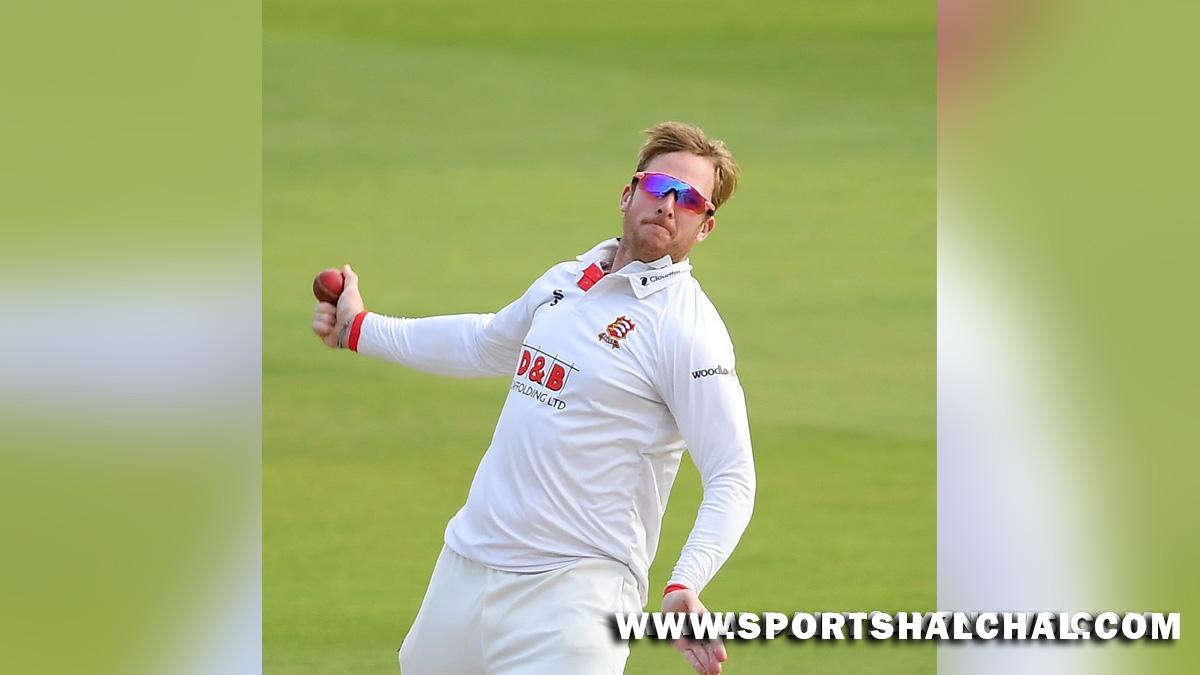 Johannesburg : South Africa on Wednesday have called up off-spinner Simon Harmer for the two-match Tests tour of New Zealand.The 32-year-old Harmer made the last of his five Test appearances against India at Nagpur in November 2015 and will be joined by pacer Lutho Sipamla in the squad of 17 that departs for New Zealand on February 2.Harmer returns as left-arm spin all-rounder George Linde is not available to take part in the tour due to his wedding. Prenelan Subrayen is also not available for selection, due to a groin injury and is making good progress in rehabilitation.”The inclusions of Simon (Harmer) and Lutho (Sipamla) reaffirm our intentions as a Panel, to reward excellence on the field and the pair have let their work speak on their behalf this past season,” said Victor Mpitsang, CSA Convenor of Selectors.”The National Selection Panel and I are pleased to see the Test team playing more cricket and we are looking forward to watching them perform in what we hope will be another scintillating series, this time, against the ICC World Test Champions, the BLACKCAPS,” added Mpitsang.

In a move to minimise COVID-19 risk, especially with New Zealand on red alert, both Tests which are a part of the new cycle of the ICC World Test Championship, will now take place at Hagley Oval in Christchurch. As per the original schedule, the second Test was to happen at the Basin Reserve in Wellington.”Our Test team has been successful under the strong leadership of Dean Elgar and his deputy, Temba Bavuma, and have returned good results in recent times. We are confident that they will continue in the same vein, as they head off to New Zealand. We wish Dean, coach Mark Boucher and the team all the best for the series and safe travels,” stated Mpitsang.
Harmer had a great Test debut, taking seven wickets against the West Indies in January 2015 at Cape Town. He went on to play four more matches, returning 20 wickets in total in eight innings, at an average of 29.40 before signing a Kolpak deal with County side Essex in 2017.He then became their first-choice overseas player when the Kolpak deal was closed due to UK’s departure from the European Union.

For Essex, Harmer has scalped 308 first-class wickets since his signing, which is the most in England over the last five years and 48 more than his Essex team-mate Jamie Porter. He also captained the county to the T20 Blast title in 2019. In 2021, Harmer took 90 wickets for Essex in 2021 across all formats, including two ten-wicket match-hauls in County Championship.Representing the Titans in the ongoing season of domestic cricket, Harmer is the second-leading wicket-taker in four-day matches with 27 wickets in eight innings, at an average of 21.40, after Lions’ Duanne Olivier (28 wickets).Sipamla, Olivier’s team-mate, has taken 16 wickets in six innings, including best bowling figures of 7/39 at an average of 16.56 and economy rate of 3.73. The 23-year-old made his Test debut against Sri Lanka in 2020 and has two Test matches under his belt with 10 wickets to his name.
South Africa squad: Dean Elgar (captain), Temba Bavuma (vice-captain), Sarel Erwee, Simon Harmer, Marco Jansen, Keshav Maharaj, Aiden Markram, Wiaan Mulder, Lungi Ngidi, Duanne Olivier, Keegan Petersen, Kagiso Rabada, Ryan Rickelton, Lutho Sipamla, Glenton Stuurman, Rassie van der Dussen, and Kyle Verreynne (wicket-keeper).

MS Dhoni is one of the sharpest cricket minds I have encountered: Greg Chappell