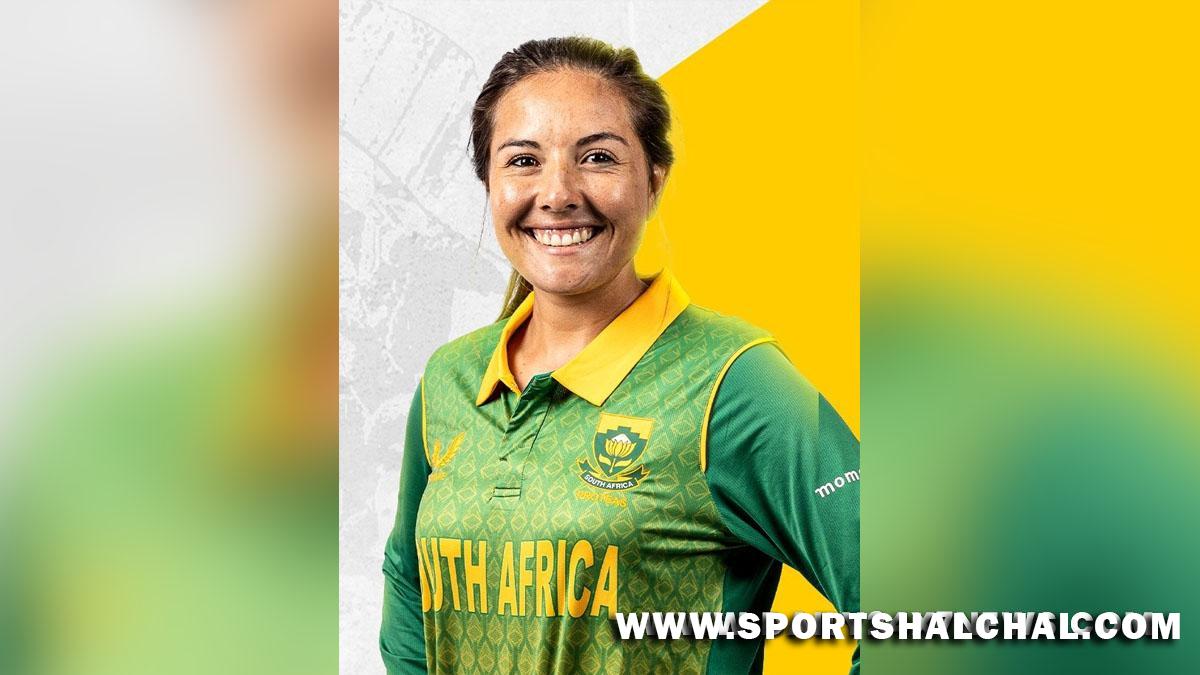 Johannesburg : Cricket South Africa (CSA) on Friday announced a 15-member squad under skipper Sune Luus that will compete in the 2022 ICC Women’s Cricket World Cup taking place in New Zealand between March 4 and April 3.All-rounder Chloe Tryon will continue in the role of vice-captain of the squad that also sees the the return of opening batter, Lizelle Lee after she missed the ongoing West Indies series.The travelling reserves will form part of the ICC’s medical protocols and will travel together with the rest of the squad.South Africa were one of four nations, along with Australia, England and India who qualified for the competition based on their standings in the ICC Women’s Championship between 2017/2020, with head coach, Hilton Moreeng’s players currently ranked second in the ICC ODI rankings.The eight-team tournament will kick off with a group-stage round, where all teams play each other once before the top-four sides compete in the semifinals and final.

South Africa will begin their campaign in Dunedin against Bangladesh on March 5, before moving onto Tauranga, Hamilton, and Wellington, and then wrapping up the round-robin stage with a clash against India in Christchurch on March 27.Another crucial period for the SA women will be back-to-back matches against England, hosts New Zealand and Australia on March 14, 17 and 22.”This is an exciting time for all involved, especially the players and management. The most exciting thing about this squad that’s going to the World Cup is that it complements our planning and our strategic selections over a period of time,” said Proteas convenor of selectors, Clinton du Preez.”The squad was not just brought together in the last few months, it’s a process that we commenced in 2017 and we identified certain areas that we needed to strengthen. There were strategic selections made through various camps and tours that we’ve had and played prior to this.

“The players have come along nicely and in leaps and bounds, and it’s good to see that we can now, with injuries and key personnel out of the team, find strategic replacements to cover for them, which is important and speaks volumes of the depth that we’ve created within this programme.”In 2020, when we went to New Zealand, we clinched the ODI series and from there that just set the tone for us to go and push on for the ODI World Cup and I think it is important that all the hard work has been put in, including the selections for the playing conditions that we see ourselves facing.”The squad: Sune Luus (Captain), Chloe Tryon (Vice-Captain), Ayabonga Khaka, Lara Goodall, Laura Wolvaardt, Lizelle Lee, Marizanne Kapp, Masabata Maria Klaas, Mignon du Preez, Nonkululeko Mlaba, Shabnim Ismail, Sinalo Jafta, Tazmin Brits, Trisha Chetty, Tumi Sekhukhune.Travelling reserves: Anneke Bosch, Nadine de Klerk, Raisibe Ntozakhe.